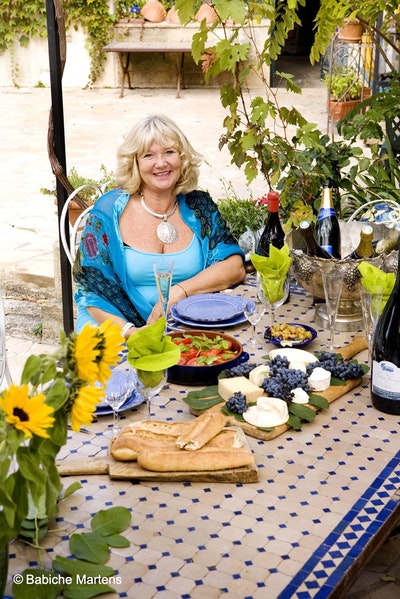 Amanda Taylor-Ace, former restaurateur and author of My French Affair, was born in New Zealand and moved to France in 1996 for a fresh start to life. At St Maxim in Provence she renovated two adjoined eighteenth-century houses in which she has established a guest house and a cooking school. (See www.joiedevivre-unlimited.com.) She runs Maison la Maitresse from April to November, and then returns to New Zealand for the southern-hemisphere summer. Follow her on Facebook at Joie De Vivre Unlimited. My French Affair recounts her journey of romance, romps, new beginnings, and food with — her signature catchphrase — joie de vivre, and an accompaniment of 30 of her favourite recipes from her cooking school.

She tells her story to Ann Rickard, an Australian author who worked with Amanda to set up her cooking school at Maison la Maitresse. Ann recounts her own experiences of this romantic adventure in Ooh la la! A French Romp. Peter Mayle with a twist of sex and food to follow.

Taste New Zealand wrote of My French Affair: ‘Funny, entertaining and honest … her book is dedicated to French culinary delights, from descriptive passages about market shopping and local food philosophy to the recipes shared at the end of each chapter … you will come away with a taste of the joie de vivre exuded by this irrepressible Kiwi Francophile.’ Verve called her descriptions of food ‘mouth-watering’.

The Southland Times described her recipes as ‘doable with a minimum of fuss’ adding that they will ‘ensure that this book is a keeper’. 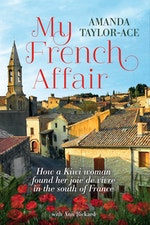 A lively, inspiring account of a New Zealand woman's decision to create a new life in Provence, France

Be the first to find out about Amanda Taylor-Ace.