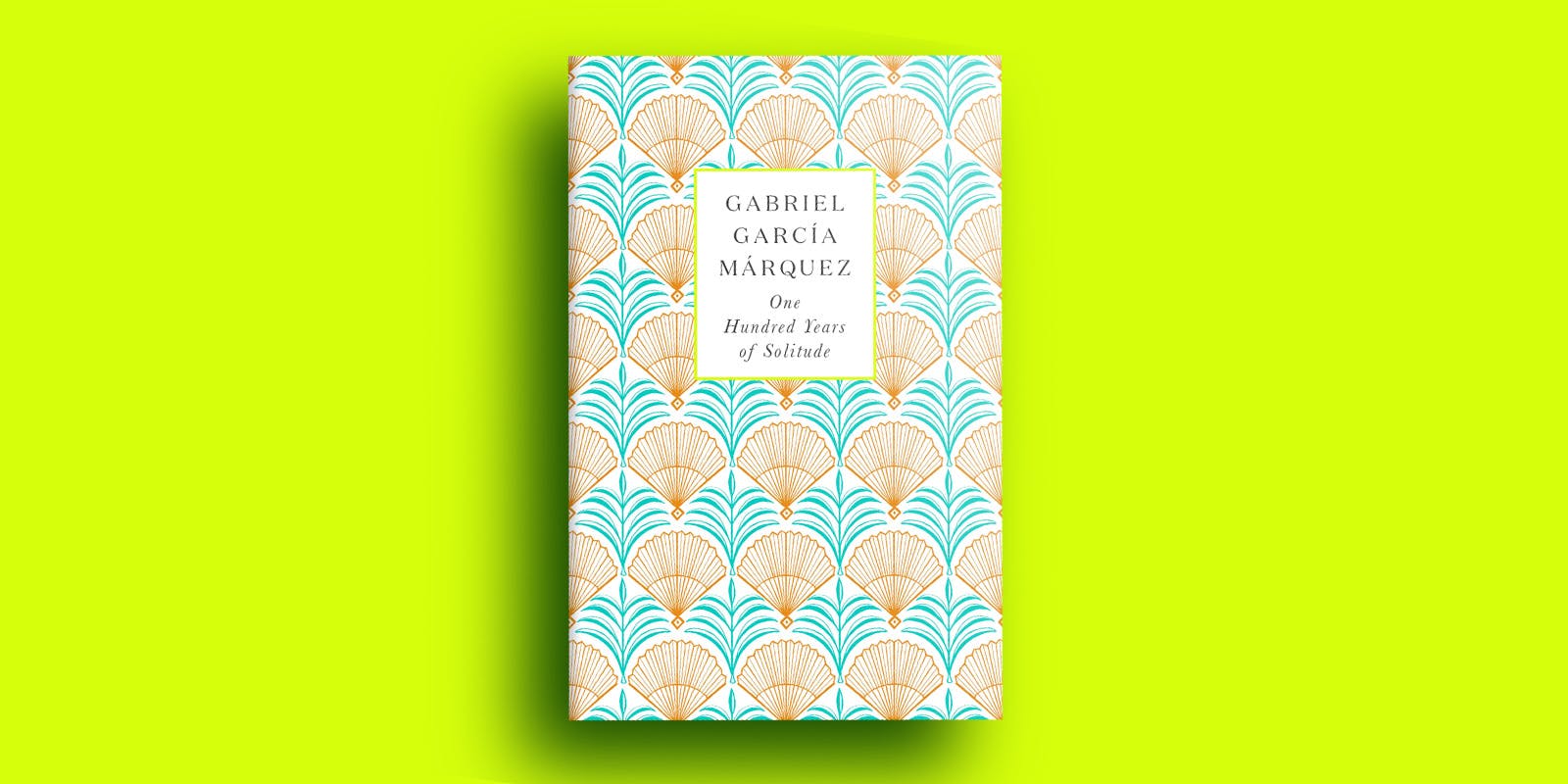 Nobel and Neustadt International Prize-winning author Gabriel Garcia Márquez is (rightfully) recognised as one of the preeminent writers of the twentieth century. The Colombian author’s body of work includes six novels, five novellas, several short story collections and non-fiction works, and more than 25 screenplays. His books have sold in the millions worldwide, and have been translated from Spanish into dozens of languages.

A major proponent of the 1960s-70s Latin American Boom period of literature, Márquez was a pioneer of the magical realist style. His real-world settings are often imbued with fantastical elements, and within these richly imagined realms, extraordinary events are often viewed as mundane, and ordinary objects and occurrences are viewed as absurd.

One Hundred Years of Solitude – widely considered Márquez’s magnum opus – is a magic realist classic. As the name suggests, the book is epic in scope – following the fortunes and misfortunes of members of the Buendía family across several generations. Rich in symbolism and metaphor, the story references significant turning points of Colombian history, mirroring the cyclical fortunes of the country itself. The fates of the residents of the fictional outpost town Macondo are inextricably linked through time. And, through the generations, each member of the Buendía family is fatalistically inclined to repeat the errors of their forebears, resulting in an endless cycle of solitude.

Peeling back the layers of the book, many possible readings emerge. It’s a story that can be read, and savoured, for the richness of the language alone. It can be read with an eye to the undulating recent history of not just Colombia, but so many South American nations. It’s at once a narrative of longing, isolation and hopelessness, and celebration of love, adventure, ambition and the everyday wonders of life. And it’s a rollicking yarn. It is a book that, as New York Times reviewer William Kennedy noted, ‘Create[s] in the reader a sense of all that is profound, meaningful, and meaningless in life.’

Sound challenging? At 400-plus densely packed pages, it is. To celebrate Gabriel Garcia Márquez’s birthday on 6 March, we took up the challenge of re-reading One Hundred Years of Solitude. As an entry point to those who may not have wandered the streets of the mysterious town of Macondo (at least, not for a while), here we offer ten reasons to go there.

1. The foresight
‘In March the gypsies returned. This time they brought a telescope and a magnifying glass the size of a drum, which they exhibited as the latest discovery of the Jews of Amsterdam. They placed a gypsy woman at one end of the village and set up the telescope at the entrance to the tent. For the price of five reales, people could look into the telescope and see the gypsy woman an arm’s length away. “Science has eliminated distance,” Melquíades proclaimed. “In a short time, man will be able to see what is happening in any place in the world without leaving his own house.”’

2. The humour
Yes, it’s chocked full of heavy themes and every sentence is loaded with the gravitas you’d expect from what is widely regarded among the greatest novels of all time. But it’s also enormously entertaining, and achingly funny. As an example: after months locked away in a small room with the telescope, which he’d acquired from the troupe of migratory gypsies, José Arcadio Buendía came to the monumental realisation that the earth was round ‘like an orange’. At this point, his wife, Úrsula, lost her patience. ‘If you have to go crazy, please go crazy all by yourself,’ she shouted. ‘But don’t try to put your gypsy ideas into the heads of the children.’

3. The descriptive language
‘For more than ten days, they did not see the sun again. The ground became soft and damp, like volcanic ash, and the vegetation was thicker and thicker, and the cries of the birds and the uproar of the monkeys became more and more remote, and the world became eternally sad. The men on the expedition felt overwhelmed by their most ancient memories in that paradise of dampness and silence, going back to before original sin, as their boots sank into pools of steaming oil and their machetes destroyed bloody lilies and golden salamanders. For a week, almost without speaking, they went ahead like sleepwalkers through a universe of grief, lighted only by the tenuous reflection of luminous insects, and their lungs were overwhelmed by a suffocating smell of blood.’

4. The Matriarch: Úrsula Iguarán
‘Active, small, severe, that woman of unbreakable nerves who at no moment in her life had been heard to sing seemed to be everywhere, from dawn until quite late at night, always pursued by the soft whispering of her stiff, starched petticoats.’

5. The magic
‘Holding a child by each hand so as not to lose them in the tumult, bumping into acrobats with gold-capped teeth and jugglers with six arms, suffocated by the mingled breath of manure and sandals that the crowd exhaled, José Arcadio Buendía went about everywhere like a madman, looking for Melquíades so that he could reveal to him the infinite secrets of that fabulous nightmare. He asked several gypsies, who did not understand his language. Finally he reached the place where Melquíades used to set up his tent and he found a taciturn Armenian who in Spanish was hawking a syrup to make oneself invisible. He had drunk down a glass of the amber substance in one gulp as José Arcadio Buendía elbowed his way through the absorbed group that was witnessing the spectacle, and was able to ask his question. The gypsy wrapped him in the frightful climate of his look before he turned into a puddle of pestilential and smoking pitch over which the echo of his reply still floated: “Melquíades is dead.”’

6. The masterful turns of phrase (which are everywhere)
You don’t have to look too far:
‘The asthma of the hens in the courtyard.’
‘They grew to be so happy that even when they were two worn-out people they kept on blooming like little children and playing together like dogs.’
‘His bones began to fill with words.’
‘Time also stumbled and had accidents and could therefore splinter and leave an eternalized fragment in a room.’
‘The secret of a good old age is simply an honourable pact with solitude.’
Etc… etc… etc…

7. The ghosts
‘He never slept well after that. He was tormented by the immense desolation with which the dead man had looked at him through the rain, his deep nostalgia as he yearned for living people, the anxiety with which he searched through the house looking for some water with which to soak his esparto plug. “He must be suffering a great deal,” he said to Úrsula. “You can see that he’s so very lonely.” She was so moved that the next time she saw the dead man uncovering the pots on the stove she understood what he was looking for, and from then on she placed water jugs all about the house.’

8. The outrageous misfortunes
‘An aunt of Úrsula’s, married to an uncle of José Arcadio Buendía, had a son who went through life wearing loose, baggy trousers and who bled to death after having lived forty-two years in the purest state of virginity, for he had been born and had grown up with a cartilaginous tail in the shape of a corkscrew and with a small tuft of hair on the tip. A pig’s tail that was never allowed to be seen by any woman and that cost him his life when a butcher friend did him the favor of chopping it off with his cleaver.’

9. The sensational sentences
‘A trickle of blood came out under the door, crossed the living room, went out into the street, continued on in a straight line across the uneven terraces, went down steps and climbed over curbs, passed along the Street of the Turks, turned a corner to the right and another to the left, made a right angle at the Buendía house, went in under the closed door, crossed through the parlor, hugging the walls so as not to stain the rugs, went on to the other living room, made a wide curve to avoid the dining-room table, went along the porch with the begonias, and passed without being seen under Amaranta's chair as she gave an arithmetic lesson to Aureliano José, and went through the pantry and came out in the kitchen, where Úrsula was getting ready to crack thirty-six eggs to make bread.’ (144 words)

10. The cast of characters
An unyielding matriarch who refuses to let the family unravel. An eccentric patriarch driven mad by his own thirst for knowledge. A war-wearied colonel and father of seventeen sons, all named Aureliano. An earth-eating orphan. A world-renowned beauty capable of driving men mad with desire. A prophetic gypsy reincarnate. A debauched former seminarian. Twins switched at birth. And more Arcadios, Úrsulas, Amarantas and Aurelianos than you can poke a bone of your ancestors at. You can pay close attention to the Buendía family tree (which is kindly provided), or you can sit back and let the wondrous characterisation wash over you like a salve. 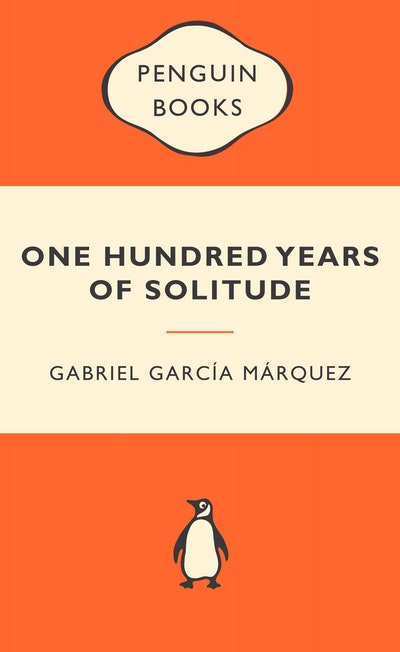