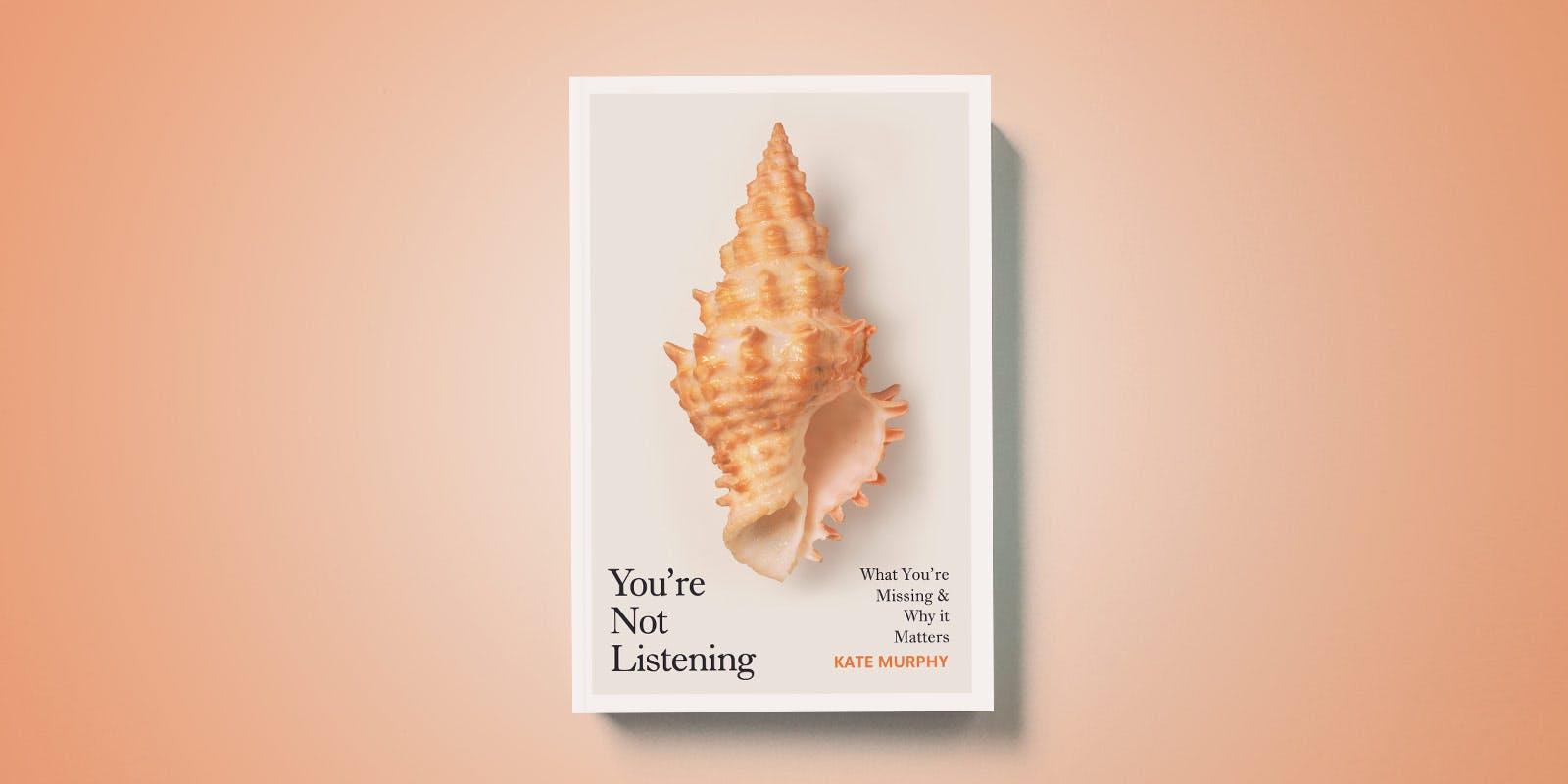 Gossip is good for you

It’s true. As revealed in Kate Murphy’s You’re Not Listening.

‘Listening is something you do or don’t do every day,’ writes Kate Murphy in the introduction to her book You’re Not Listening. While we might take listening for granted, she argues, how well we listen, to whom, and under what circumstances can determine your life’s course – for good or ill…

‘We are, each of us, the sum of what we attend to in life,’ Murphy continues. ‘The soothing voice of a mother, the whisper of a lover, the guidance of a mentor, the admonishment of a supervisor, the rallying of a leader, the taunts of a rival are what form and shape us. And to listen poorly, selectively, or not at all is to limit your understanding of the world and deprive yourself of becoming the best you can be.’

In You’re Not Listening, New York Times contributor Murphy draws on countless conversations she has had with everyone from priests to CIA interrogators, focus group moderators to bartenders, her great-great aunt to her friend’s toddler, to show how only by listening well can we truly connect with others. In the passage below, she hones in on gossip, and how it is good for us.

Good gossip smells like bourbon to me. Both were served, straight up, during cocktail hour at my great-great-aunt’s house in Galveston, Texas. People angled for invitations, as much for the banter as the booze. Until her death at age ninety-seven, my great-great-aunt and I spent many uninterrupted hours together – deep-sea fishing in the Gulf of Mexico, cutting sweet peas in her garden, cruising with the top down in her vintage, electric-blue Oldsmobile convertible. Although she’d certainly bristle at being called a gossip, all we talked about was what we loved and what we loathed about other people.

While gossip often has a negative connotation, it actually has a positive social function. There’s a reason why as much as two-thirds of adult conversation is gossip1, defined as at least two people talking about someone who is absent. Men gossip as much as women2, and children are adept gossipers by age five3. We all do it (although not with as much flair as my great-great-aunt) because gossip allows us to judge who is trustworthy4, who we want to emulate, how much we can get away with, and who are likely allies or adversaries. In this way, listening to gossip contributes to our development as ethical, moral members of society.

We are socialized by the gossip we hear from our families, friends, colleagues, teachers, and religious leaders. What are the Jesus parables and Buddha stories but recorded gossip? Dutch researchers found that listening to positive gossip made people try to behave in a similar way5, and negative gossip made people feel better about themselves. Another study showed that the more shocked or upset you are by gossip, the more likely it is that you’ll learn a lesson from it6.

Of course, you are also likely to reform if you are the subject of gossip. Researchers at Stanford University and the University of California–Berkeley found that subjects, when given the opportunity, readily gossiped about others who were untrustworthy in a financial game7, which in turn led the cheaters to play nice to get back into everyone’s good graces. The conclusion was that organizations that allow their members to gossip will be more cooperative and deter selfishness better than those that don’t.

This is the case even when the gossip is not always entirely true. Social psychology and economics researchers in Australia and the UK collaborated on a study that showed any kind of gossip, accurate or not so accurate8, creates a demand for ‘reputability’. They had subjects play a trust-based game involving the distribution of rewards, and when people could freely impugn or praise the integrity of fellow players, even if falsely, they behaved better and operated more efficiently compared to those who were not allowed to gossip. The researchers observed that inaccuracies were most often motivated by a desire to more severely punish bad actors (people sometimes made cheaters sound worse than they were). There’s also the thought that listening to how people talk about others, true or untrue, may say as much, or more, about them than the people they are talking about.

No wonder gossip makes people reflexively lean in and lower their voices to a conspiratorial whisper. It’s valuable. My great-great-aunt and I would almost touch foreheads when discussing something particularly sensitive, even when no one else was around. Rather than being trivial, superficial, or simpleminded, a surprisingly large body of evidence indicates listening to gossip is an intelligent activity and essential to adaptation. Gossip scholars (there are more than you would think) say talking about people is an extension of observational learning9, allowing you to learn from the triumphs and tribulations of those you know and even those you don’t know.

You're Not Listening Kate Murphy

When was the last time you listened to someone, or someone really listened to you? This life-changing book will transform your conversations and your relationships forever