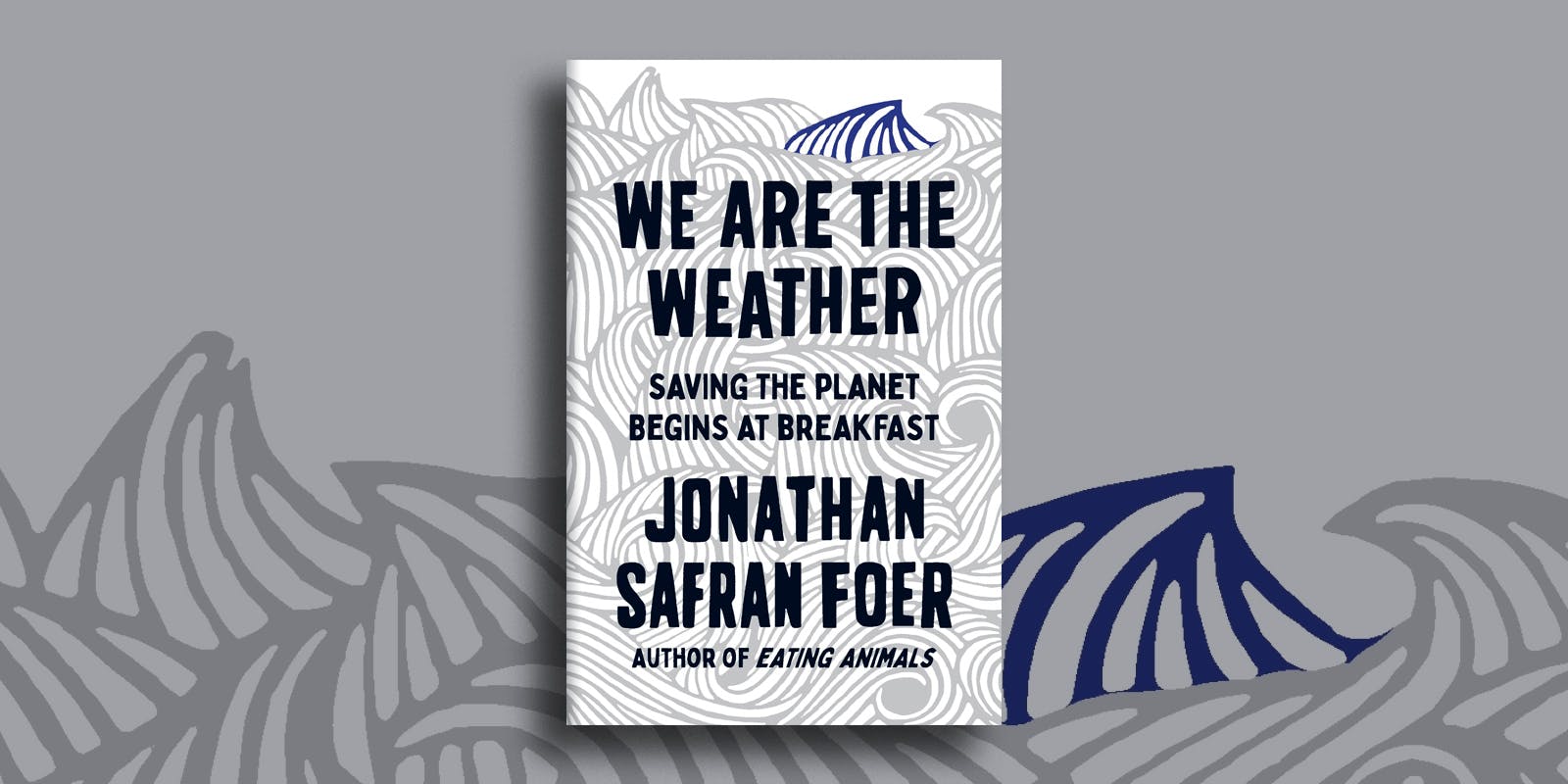 From We Are the Weather, twelve reasons to rethink the ways we eat.

As Jonathan Safran-Foer reveals in We Are the Weather, a significant proportion of global carbon emissions come from farming meat. In fact, animal agriculture is a – if not the – leading cause of climate change. So, he argues, if we’re serious about taking action to address a looming environmental catastrophe, we must drastically reduce our consumption of animal products. And fast.

As Safran-Foer admits – even after deeply researching the climate crisis we face, and realising the extent to which our love affair with animal protein is shaping a dire future for his children – the idea of giving up meat, eggs and dairy can be confronting. But by adopting a ‘no animal products before dinner’ mindset, en masse we hold the power to put an enormous dent in our greenhouse emissions per capita. Plucked from the pages of We Are the Weather, here are twelve facts that might have you reconsidering your relationship with food.

Our Planet Is an Animal Farm

• Since the advent of agriculture, approximately twelve thousand years ago, humans have destroyed 83 percent of all wild mammals and half of all plants.

• Globally, humans use 59 percent of all the land capable of growing crops to grow food for livestock.

• One-third of all the fresh water that humans use goes to livestock, while only about one-thirtieth is used in homes.

• Seventy percent of the antibiotics produced globally are used for livestock, weakening the effectiveness of antibiotics to treat human diseases.

• Sixty percent of all mammals on Earth are animals raised for food.

• There are approximately thirty farmed animals for every human on the planet.

• The Food and Agriculture Organization (FAO) of the United Nations asserts that livestock are a leading cause of climate change, responsible for approximately 7,516 million tons of CO2e emissions per year, or 14.5 percent of annual global emissions.

• The FAO calculation includes the CO2 emitted when forests are cleared for animal feed crops and pastures, but it does not take into account the CO2 that those forests can no longer absorb. (Imagine a life insurance policy that covered the cost of the funeral but not future lost wages.) Among other things not included in its calculation is the CO2 exhaled by farmed animals, even though, in the words of one environmental assessment specialist, ‘livestock (like automobiles) are a human invention and convenience, not part of pre-human times, and a molecule of CO2 exhaled by livestock is no more natural than one from an auto tailpipe.’

• When researchers at the Worldwatch Institute accounted for emissions that the FAO overlooked, they estimated that livestock are responsible for 32,564 million tons of CO2e emissions per year, or 51 percent of annual global emissions – more than all cars, planes, buildings, power plants, and industry combined.

• We know for sure that we cannot address climate change without addressing animal agriculture. 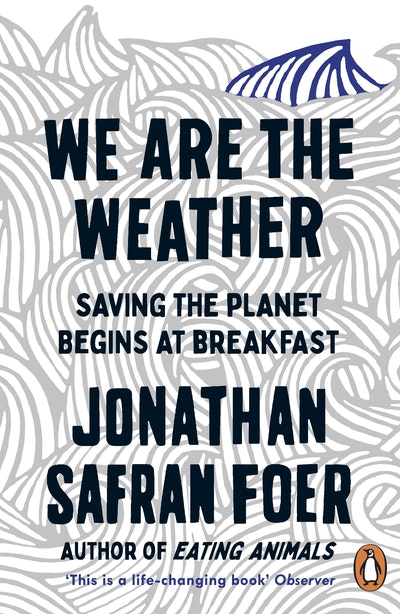 We are the Weather Jonathan Safran Foer

From the bestselling author of Eating Animals, a brilliantly fresh and accessible take on climate change - and what we can do about it