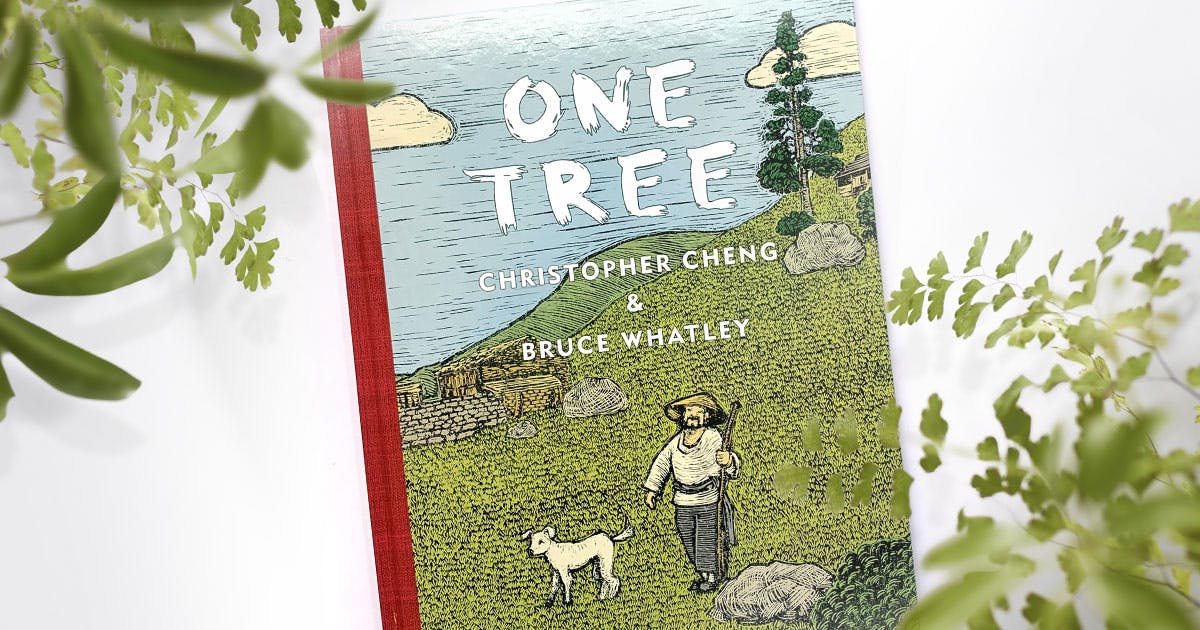 My studio is very different now to what it was ten years ago. For 12 years my drawing board was built into a huge bay window in a studio I had designed overlooking a paddock full of cows and two huge Morton Bay fig trees. Since then it has been a multitude of kitchen or camping tables and for a week even a hospital bedside table. For quite a while my studio was essentially a working space the size of the paper I was working on surrounded by the materials I was using at the time. 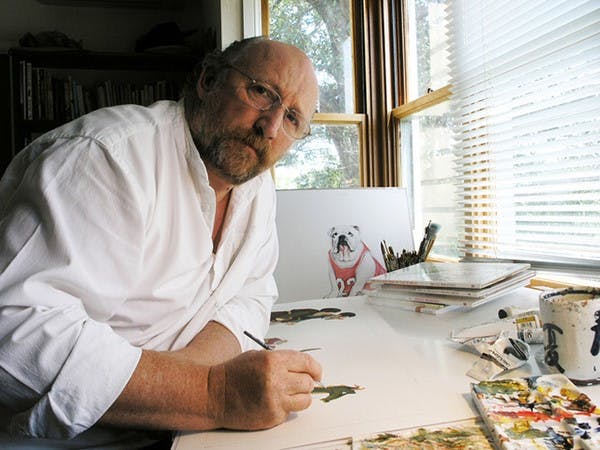 For the last year I’ve had a real studio again, but it looks very different. I work on a large sit & stand desk with my computer and drawing tablet at one end and room for me to work with traditional media at the other. 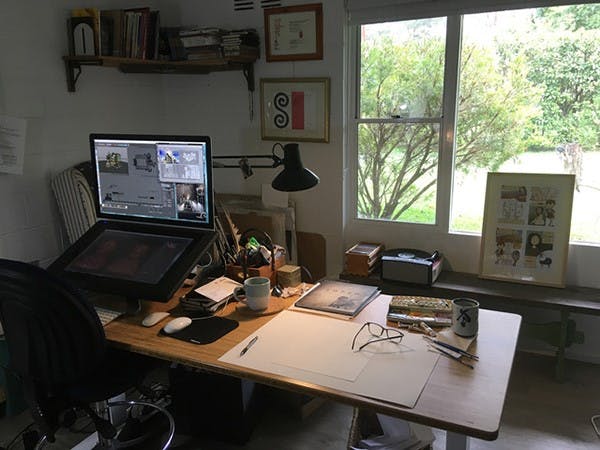 Influenced by the illustrators I admire I am constantly trying to do better. I am always looking for new innovative ways to create images and tell my visual narratives. So I work in a multitude of mediums and often work with my ‘other’ hand. I work in pencil, watercolour, acrylic, oils, pastels (only with my left hand), pen & ink and more recently digital mediums including Photoshop, Cinema 4D, ArtRage and ZBrush. These mediums often overlap and certainly influence each other.

For One Tree I wanted to do something new yet it had to have a traditional feel. I have fond memories of doing Linocuts in college, carving into soft ochre layers, taking away the space between the lines. Then rolling ink onto it and printing the result. Such a great medium. Not having the time or space and being mobile for most of the time I decided to create the technique using Photoshop on my portable Wacom Cintiq tablet and my Mac. I constructed 3 layers in Photoshop, an off white base layer, a dark ochre middle layer, (these colours echoed the lino and were purely for nostalgic reasons) and a top transparent layer where I copied my pencil roughs. I then used the eraser tool with a stylus pen on the ochre layer to ‘gouge’ out the space between the lines. What was left I converted to a black textured line and added the colours on the layer beneath. 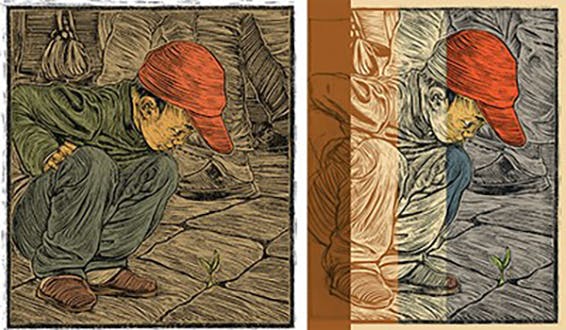 One Tree Technique:
1 I constructed 3 layers in Photoshop, an off-white base layer, a dark ochre middle layer and a top transparent layer where I copied my pencil rough.
2 I then used the eraser tool with a stylus pen on the ochre layer to ‘gouge’ out the space between the lines.
3 What was left I converted to a black textured line.
4 I then added the colours on the layer beneath.

I had been playing around with this technique for a while but this was the first opportunity I had to use it. I wanted an illustration style that reflected Chinese culture and tradition. Chinese water colours were my starting point. But I knew I would be spending a lot of time away from my drawing board and using a traditional paint technique might not be possible. So I tried to imitate the feel digitally. And failed miserably! The line work wasn’t too bad but the washes just didn’t work. With more time and experimentation I might have found a way to make it acceptable but there is a depth and elegance to these traditional paintings that I think would have been way out of my reach.

I then looked at woodcuts that led me back to the linocut technique I had been playing around with. There is in fact nothing traditionally Chinese in the technique I used besides the digital aspect ‘lino’ is very different to wood – but it hints at tradition and felt appropriate. 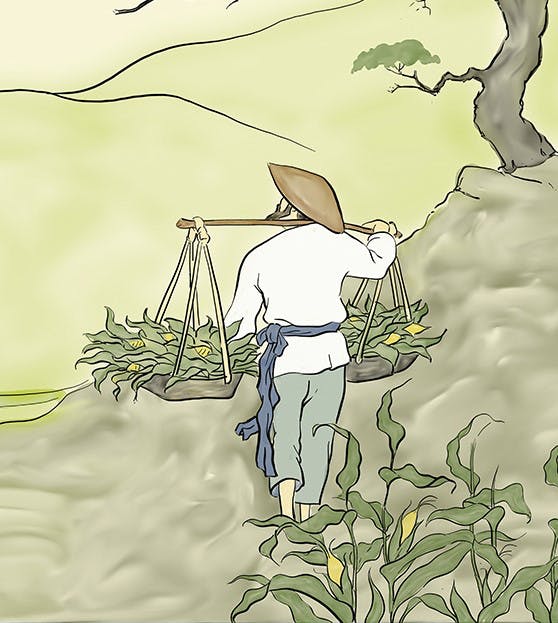 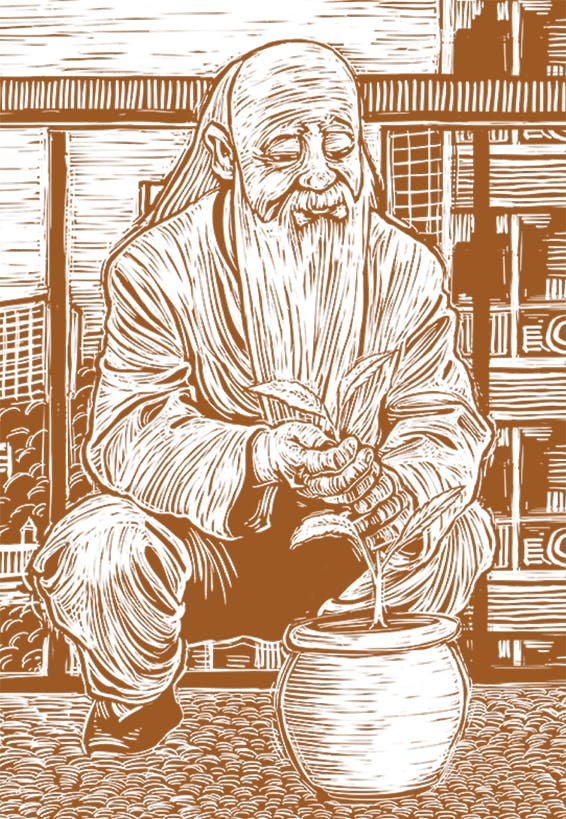 Detail of one of the illustrations at the early stages. This is what I first created before transferring it to a black textured line. 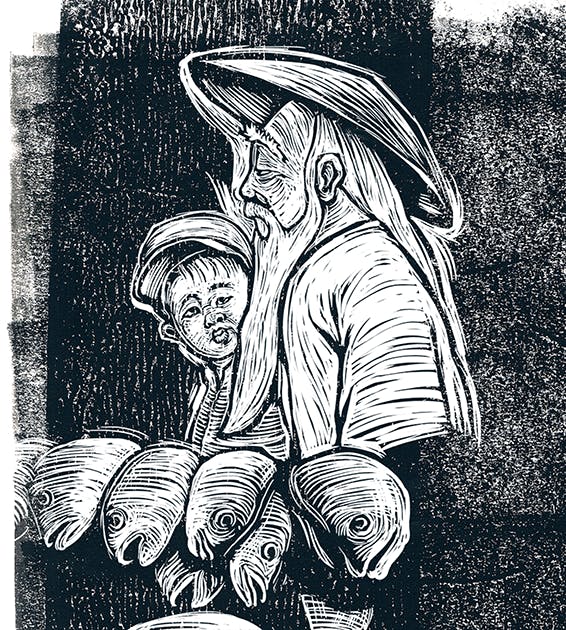 A test of the technique to see if I could get the feel I was looking for.

Whether it’s with my own texts or those created with my wife Rosie or others I am always looking for a visual narrative that isn’t in the text. Each text requires a different approach as determined by the story itself and the age of the target audience.

The illustrators that have had a profound effect on me are Ron Brooks because of Fox and Shaun Tan and Armin Greder for everything they do. These among others keep pushing the boundaries that us mere mortals can only glimpse at. 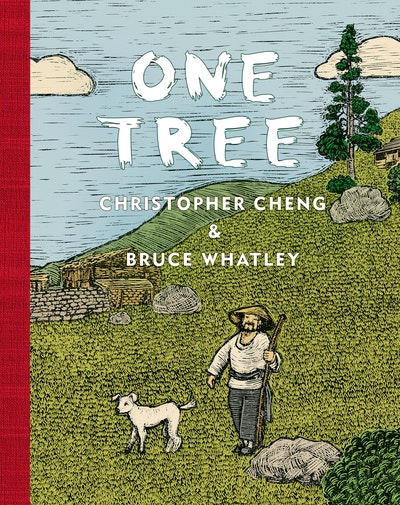 A touching and uplifting story about love, change and the importance of the natural environment in all our lives.