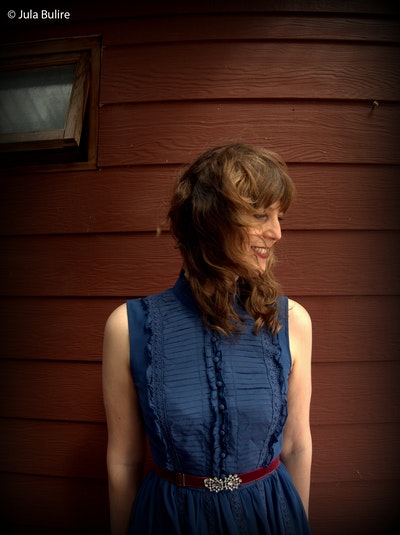 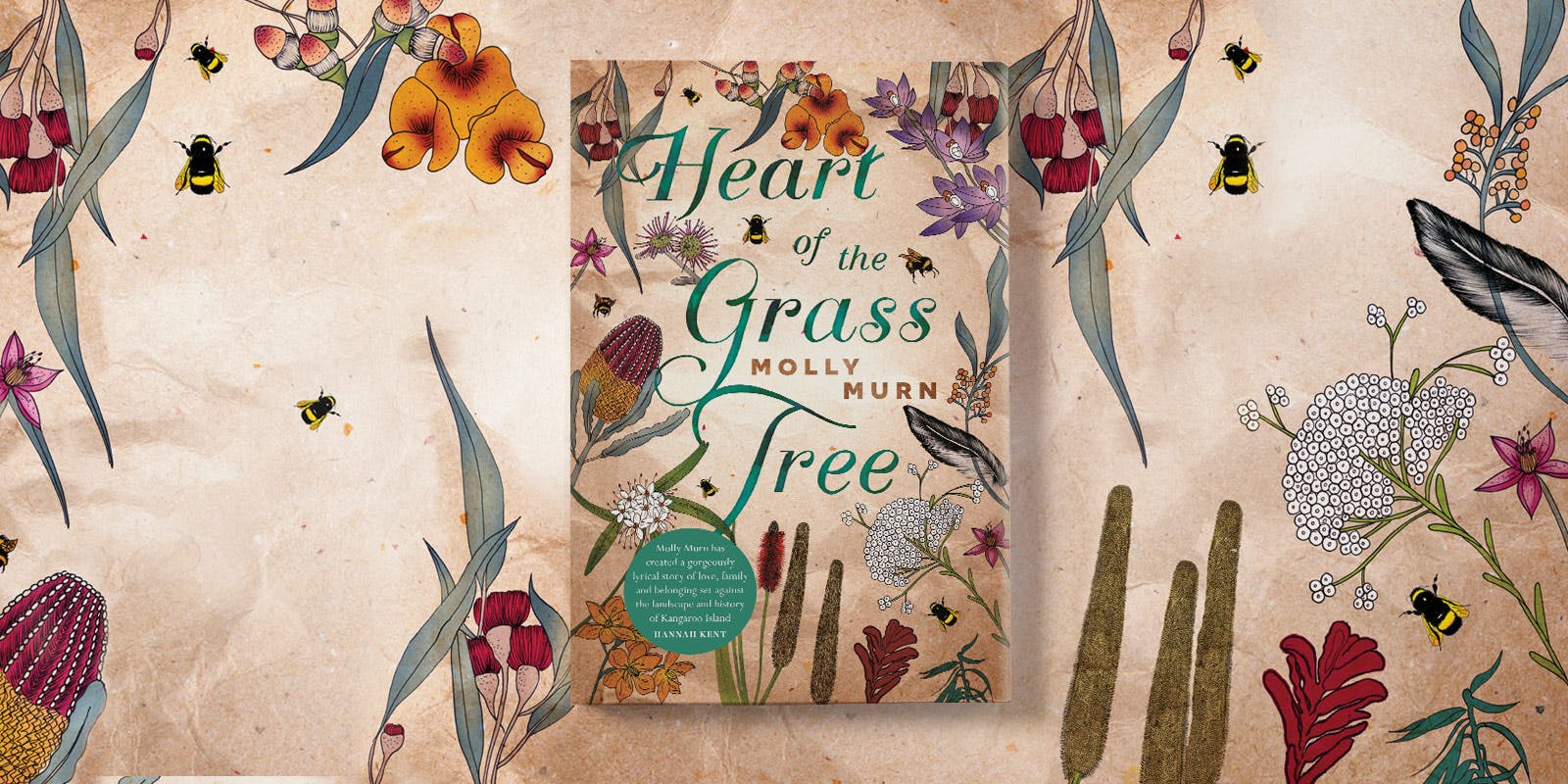 Molly Murn reflects on the creation of Heart of the Grass Tree.

Heart of the Grass Tree came to be because of my love of a place – Kangaroo Island, South Australia. I visited the island as a child often and even then, it held a magical kind of allure. Perhaps it was the travel over water to get there; perhaps it was the untrammelled roads, the scrub growing right to the edges; perhaps it was the clear light, the saturated colours, or the stories I heard in snatches. But it was as an adult that my relationship with the island deepened. As a young family we spent weeks there every summer, and while the children grew, the seed for a novel took root. I wanted to make sense of the fragments, glimpses, stories I’d heard about of the island’s first inhabitants. The islanders were European sealers and whalers who set up shop with the Aboriginal ‘wives’ they had taken from mainland South Australia, Tasmania and the Bass Strait Islands. These were Robinson Crusoe accounts of violent, dynamic men and intrepid, island – hopping women, making their own society in a wilderness. And this was all before the official settlement of the island and South Australia itself in 1836. In fact, Kangaroo Island was to be the site for the new settlement of the state as proposed by the ill – fated South Australia Company. When the free settlers started arriving to begin their new lives on the island, they discovered that not only was the site not suitable for a township – inhospitable terrain and no fresh water supply – but that the island was already inhabited by men and women living outside colonial law.

Between about 1802 and 1836 sealers were dropped on the island by merchant ships operating out of Sydney, to collect sealskins, and were then picked up several months later with their highly prized spoils. Sealskin was one of Australia’s first export industries. Some of these sealers defected from the merchant ships, or made their own way to the island, choosing the relatively free existence of Kangaroo Island life, not subject to colonial law or in service to greedy captains. The sealers began their own cottage industries gathering seal and wallaby skins, as well as salt, and selling the sought – after products on to passing ships for lays, or provisions such as rum and tobacco. But the island was a wild and daunting place, and in order to survive, they required the bushcraft skills of Aboriginal women to find food and water. The women were also expert swimmers, divers, and sealers. The men engaged in raids of the mainland and Tasmania to capture women, or negotiate for women. More often than not, the women were forced into these relationships on the sealers’ terms – stolen from their homelands and brutalised – but the relationships between sealer men and Aboriginal women were complex. In some cases, the partnerships over time became more equitable than they seem at first glance. And in these relationships there was the opportunity for a shared space to develop, where cultures became inextricably tied to one another. Some of the women went on to become farmers and businesswomen and were enduring matriarchs as their families grew and flourished on the island.

Yet while accounts of the sealer men can be found on the historic record – and there are a few Kangaroo Island legends such as Nathaniel Thomas, George ‘Fireball’ Bates, and Governor Henry Wallen of which information is readily accessible (you can read about them on the ferry on the way over to KI, for instance) – accounts of the women’s lives are elusive, slippery, invisible. This troubled me. Here was a significant moment in our early contact history, a unique setting for cross – cultural exchange, and once I scratched beneath the surface, the details of the women’s lives were vague and largely apocryphal.

I was particularly struck by the apocryphal stories of women attempting to swim back home to the mainland from the island. In these stories, the women were found washed up on the opposite shore, or they made it across but the baby tied to their back did not, or they were caught trying to escape and were brutally punished by the men. At the narrowest distance, Kangaroo Island is around twenty – two kilometres from the mainland, but the stretch of ocean, Backstairs Passage, is notoriously dangerous: underwater currents, deep shoals, thick with sharks. I wrote a series of poems, initially, responding to the sense of isolation, displacement, desperation, I imagined those women might have felt. One of those poems remains in Heart of the Grass Tree and closes the novel. I also researched the tasks of the women in an attempt to understand their domestic lives. Women’s tasks/crafts reveal much about a society’s structure, fabric and interactions with outsiders. On Kangaroo Island, the women engaged in sealing, skinning, trapping, gathering, weaving and toolmaking. I began writing specific scenes around the women’s daily practices, and these ensemble pieces are woven throughout the novel.

My interest in the lives of the women led me to the (now closed) Cultural Centre in The Coorong (Camp Coorong) a place of education and learning in Ngarrindjeri culture and ways of being. Ngarrindjeri country encompasses Kangaroo Island, and from my readings, I knew that Ngarrindjeri women were among those stolen by sealers. I was keen to hear the Ngarrindjeri perspective on this history.

I was privileged to spend time with elders at Camp Coorong. They welcomed me generously and I spent time with them mostly just listening and talking – yarning. And weaving. It was not a matter of me turning up with a list of questions to be answered, but it was about being there and paying attention. It was, and is, about building relationships where conversation can take place. The overarching concern of the Ngarrindjeri elders, when it comes to Kangaroo Island, is that with their women stolen, there are gaps in their history that will never be filled. The Ngarrindjeri women’s connection with outsiders is both a complex weave and a point of fracture.

Heart of the Grass Tree centres around four women: Nell, her daughter, Diana, and her granddaughters, Pearl and Lucy. The story reaches back to the island’s sealing community of the early 1800s – where the love between a young boy and young girl offers an alternative version of the island’s troubled settler past and a counterpoint to the violence and abuse of the sealers – and extends forward to the present day to explore the legacy and implications of that history. It is a novel of mothers across the generations. It is about grief and inherited grief; it is about stolen children, stolen women, and separated mothers. It is about love as a meeting place, and site for transformation, set amidst the rough beauty of Kangaroo Island.

The impetus for writing this story was not only a search for understanding a place that I love, but also to make a literary gesture towards recognising and acknowledging our shared history. The gesture is not a political one, but a heartfelt one. As a writer, an Australian, a South Australian, it is important to me to be interested in what has come before. In taking a fraught moment of frontier violence as a site for cross – cultural exchange, Heart of the Grass Tree is less historical fiction, and more an imaginative archaeology. At its heart, it is an exploration of fraught family relationships and the abiding legacy of silence and silencing. 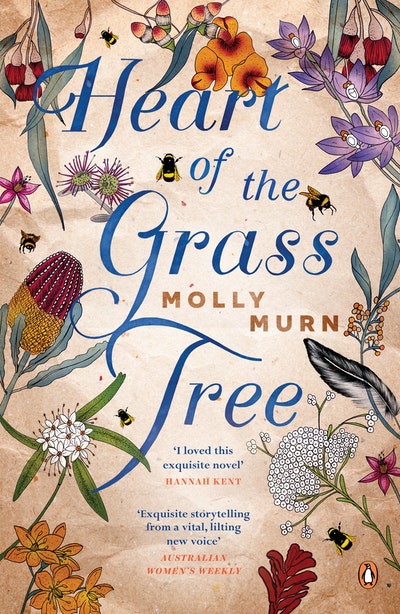 Shortlisted for the Indies and MUD literary fiction prizes.Heart of the Grass Tree is an exquisite, searing and hope-filled debut about mothers, daughters, family stories, about country and its living history.