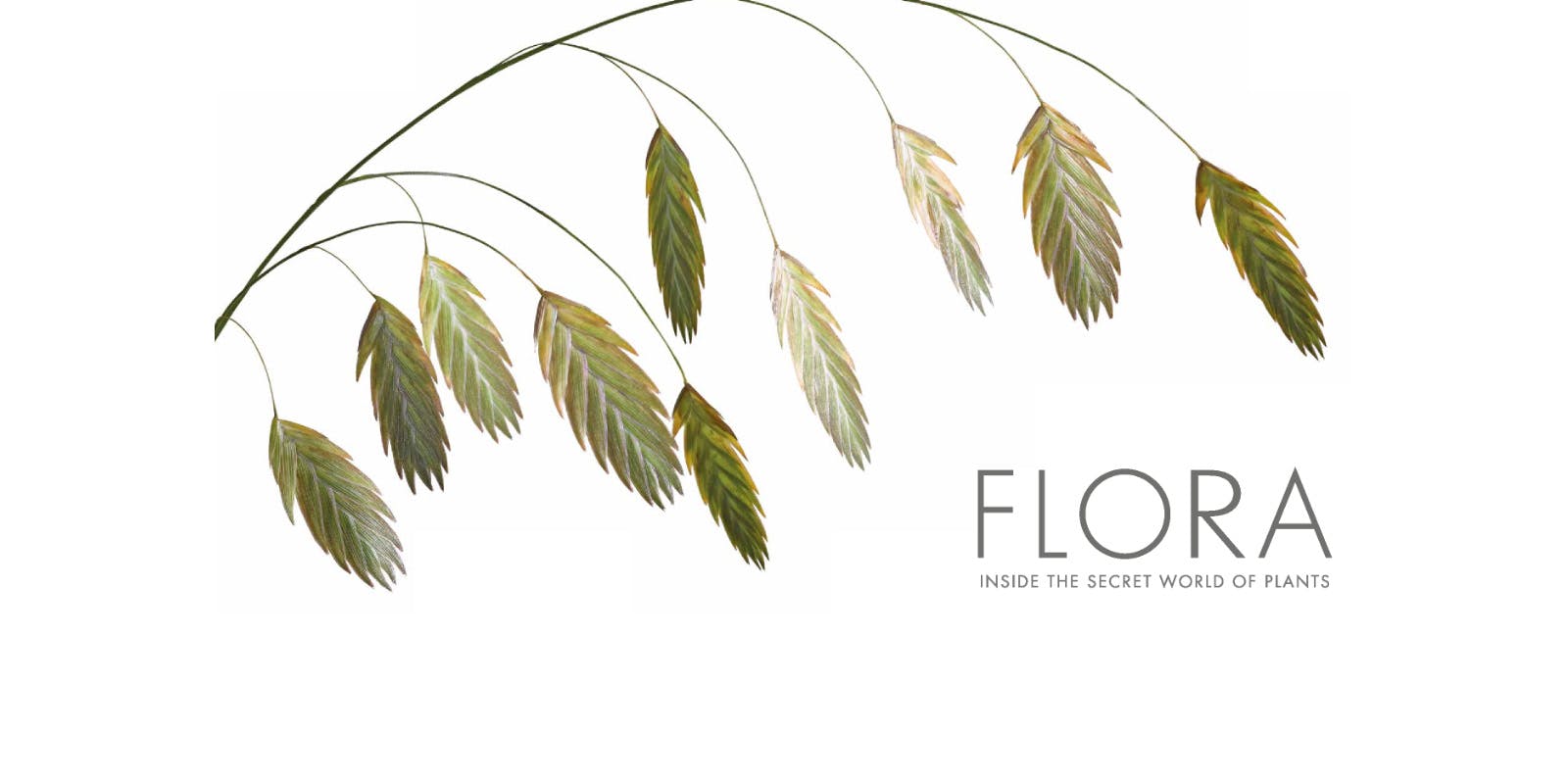 Venturing beyond sunflowers and tulips and exploring the world of some truly unusual flowers and plants.

At 1m across and weighing 11kg, the corpse flower is the world’s largest single flower. Despite its size, this rare flower is usually smelled before it is seen. Native to the diverse rainforests of Sumatra and Borneo, the plant mimics rotting meat in both fragrance and appearance. 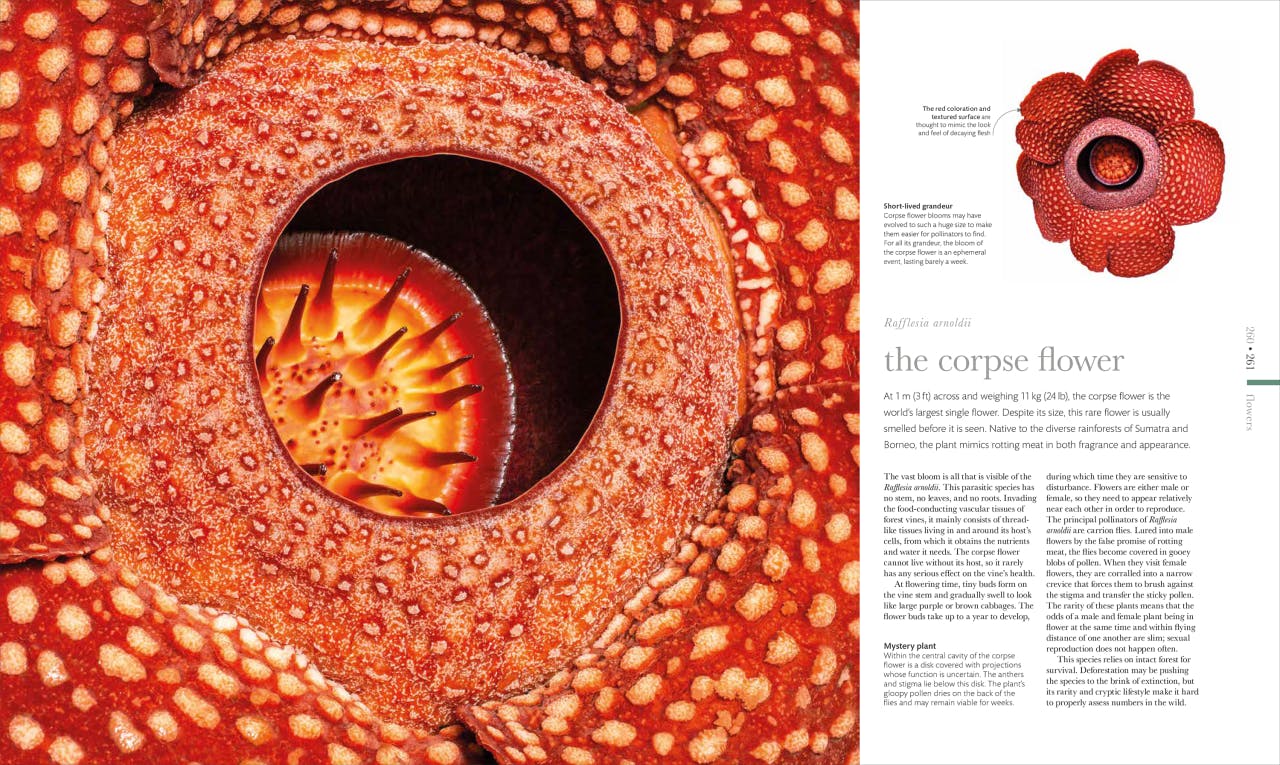 Tadpoles living in trees might sound bizarre, but some tree frogs lay their eggs in pools of water held between the leaves of plants such as this bromeliad, Neoregelia cruenta, which grows on trees in the rainforest. These tiny pools, or phytotelmata, can also support insects, nematodes, and even small crabs. 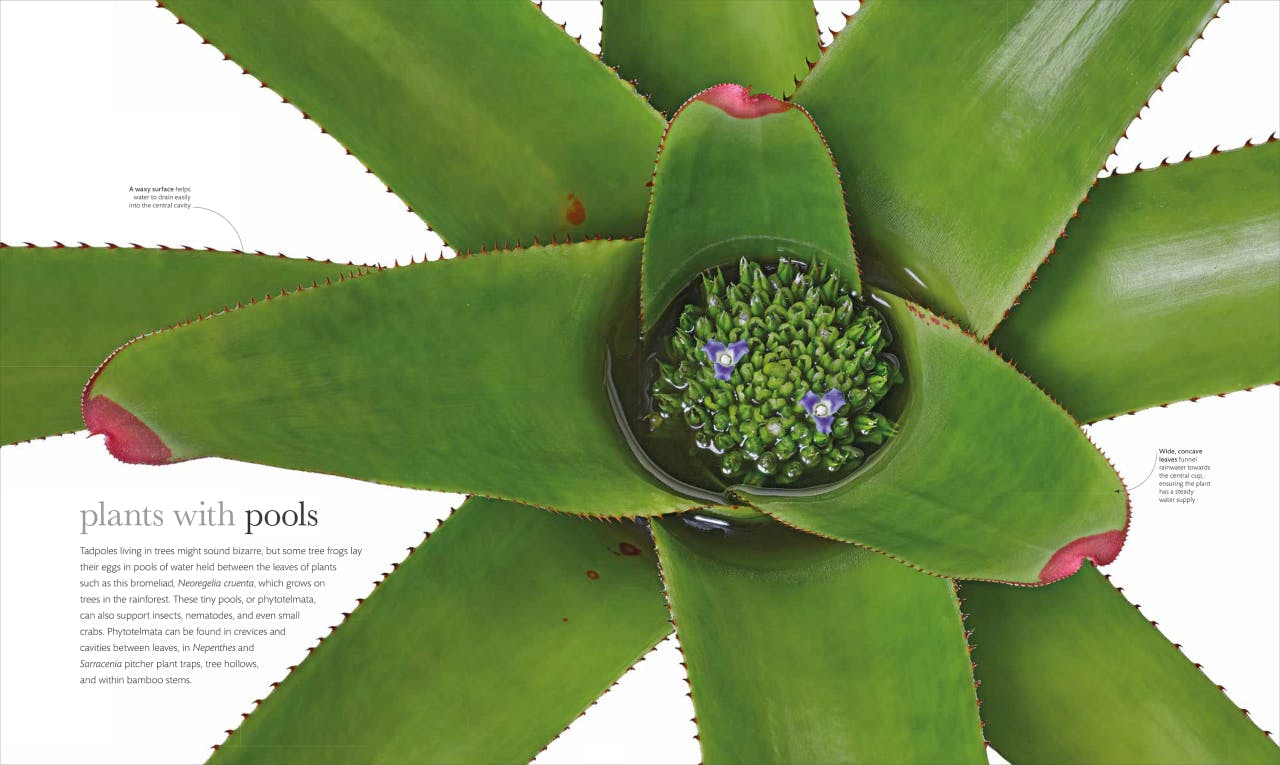 Bats are the major pollinators of the shaving brush tree, which is native to Mexico and Central America. Each flower on the tree opens for one night and part of the following day only. Hundreds of hot-pink stamens, each about 10cm long, provide ample pollen to dust any feeding bats. 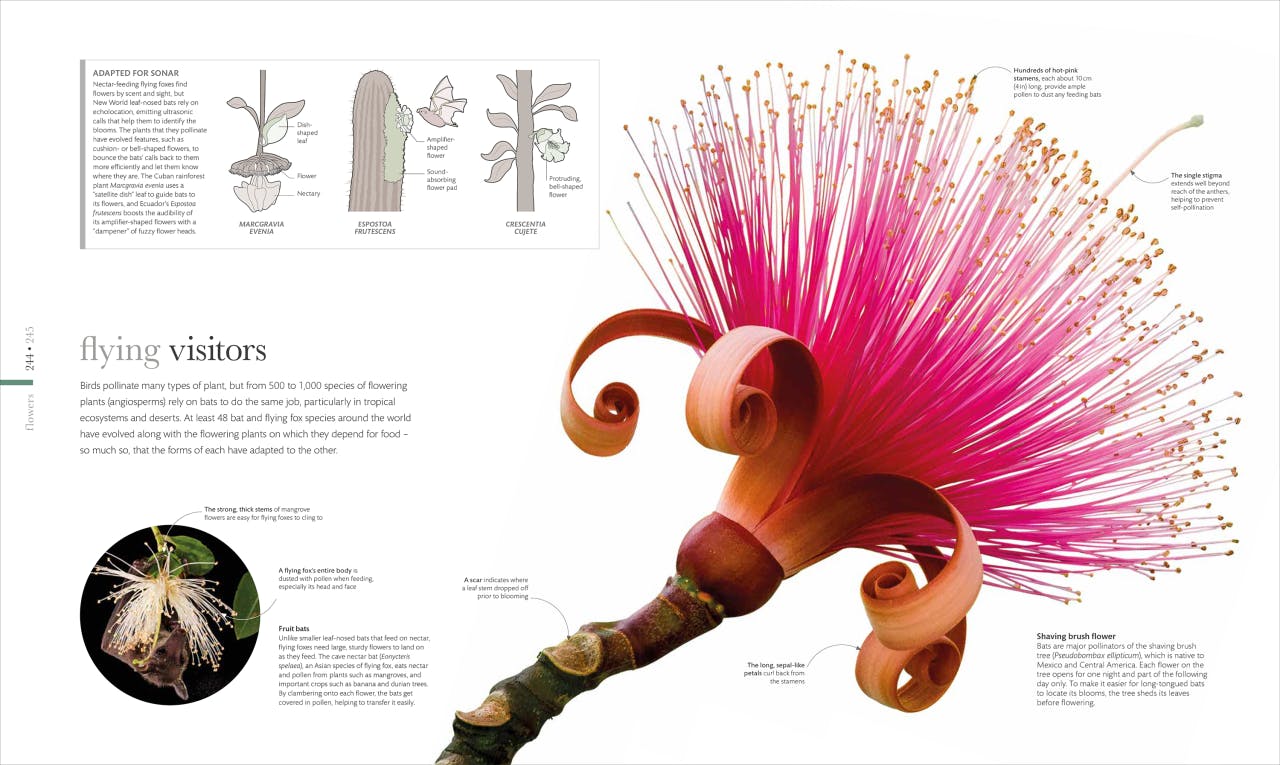 Developing fern fronds are tightly curled into structures called fiddleheads, which protect the delicate growing tips at their centre. Cibotium glaucum fiddleheads, the largest pictured here, are the size of real violin fiddleheads, but they develop into leaves over 2.5m long. 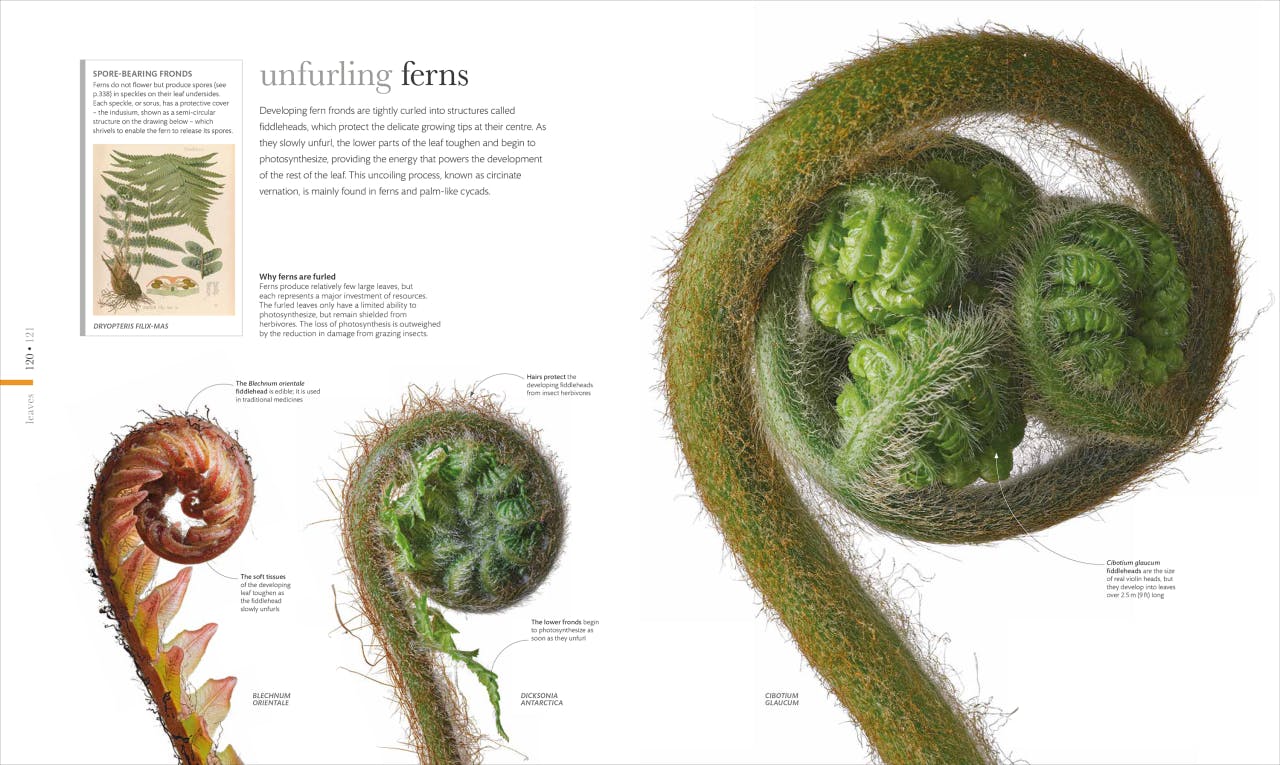 Hummingbirds home in on red flowers, such as Chile’s devil’s tobacco plant, shown here. Multiple inflorescences at the ends of stalks, and nectaries hidden within floral tubes, ensure that only certain birds can reach them – and transfer pollen in the process. 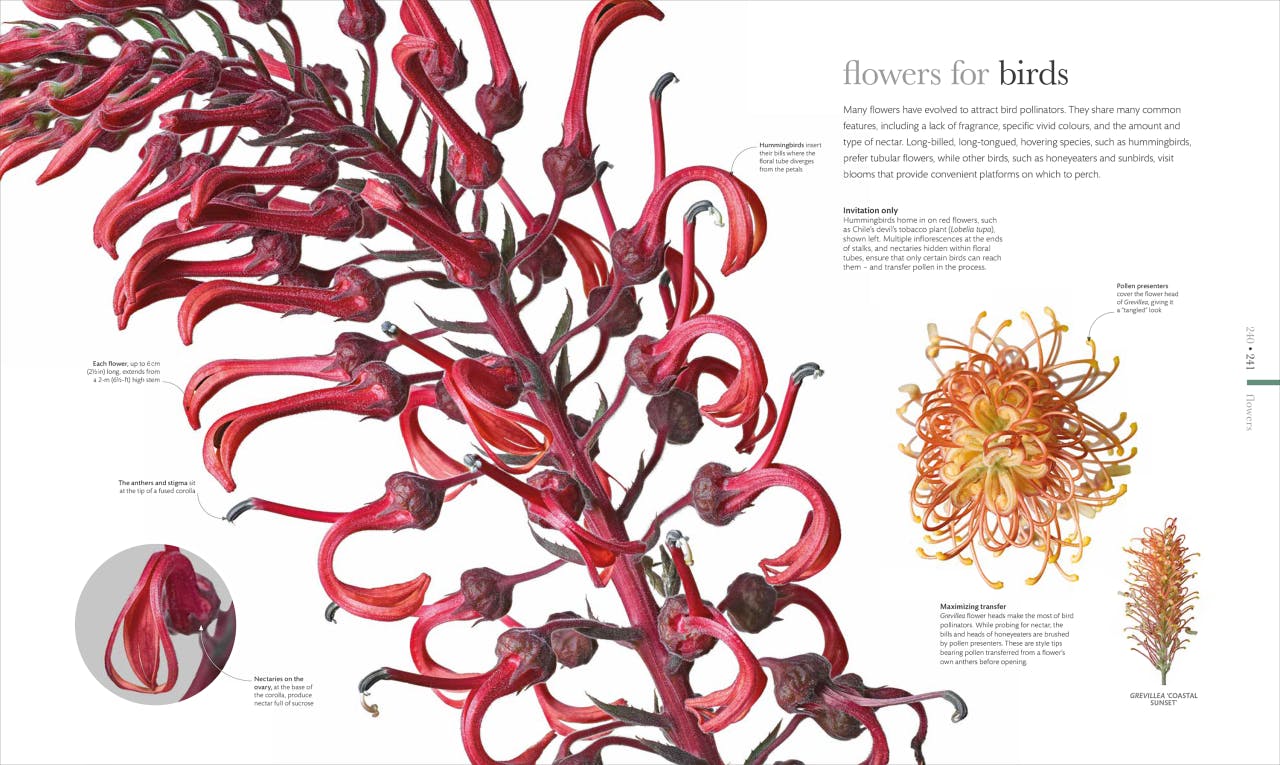 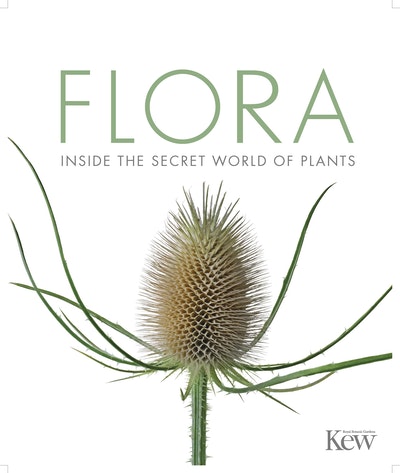 Featuring stunning photography and artwork, in association with Kew Gardens