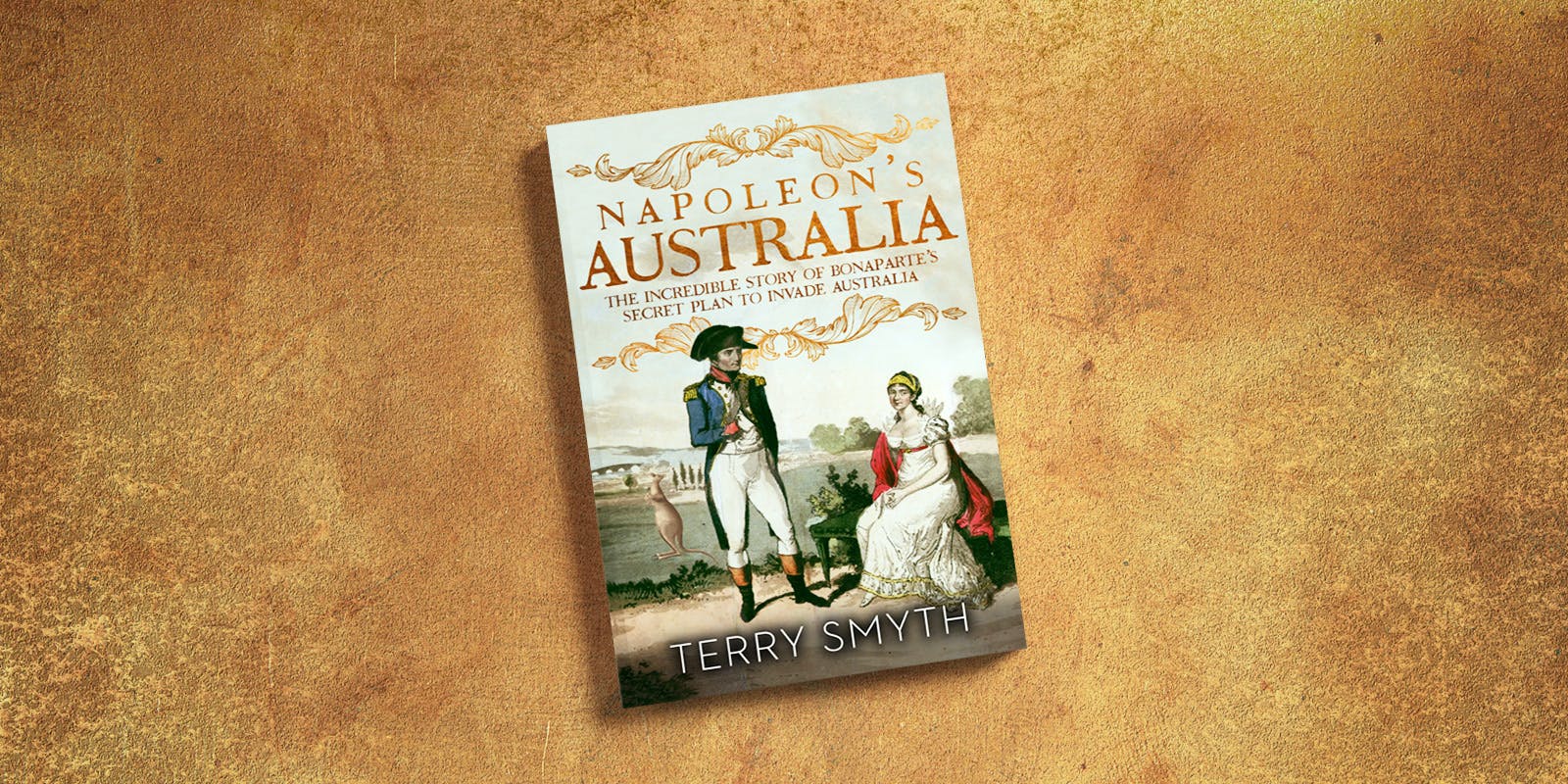 Terry Smyth reveals the lengths Napoleon would go to please his Empress Josephine.

In Napoleon’s Australia, historian and author Terry Smyth details the incredible story of Bonaparte’s secret plan to invade the southern continent, as part of his larger agenda of world domination. He also reveals how the fate of this ambition was interwoven with one of history’s greatest love stories – that of Napoleon and Empress Josephine.

For Josephine, the attraction to Australia was for reasons more innocent, but no lass grandiose. She wanted her chateaux home, Malmaison, to be more than just a haven for her family. She envisaged a zoological garden without cages – a living natural history museum where animals roam free, as nature intended.

To collectors at the time, Australia was the Holy Grail of botany and zoology. Josephine knew that a collection of its unique animals would make Malmaison the envy of the scientific world. So she was naturally excited when the famed explorer Nicolas Baudin set out on an expedition to not only complete the mapping of the coast of New Holland at Napoleon’s behest, but also to describe and collect specimens of plants and animals found there. In the passage below, Smyth reveals some of the difficulties encountered in trapping and safely transporting Australia’s strange beasts back to France.

Kangaroo Island is well named. ‘During the day, with the help of the dogs, the hunters caught 12 giant kangaroos of various sizes,’ Baudin notes in his log. ‘Seven of them were taken alive and put in pens aboard the ship to be kept. Among those we hope to carry back to our country are three females which have offspring and may prosper. I shall try, before leaving, to obtain a full 20 live ones, so that we shall have better hope of keeping some through­out the voyage.’1

While taking on board native animals he drops off the island’s first introduced species. ‘As the weather was fine on the morning of the 30th, I had a rooster and two hens put ashore at the place where the [fresh] water is collected,’ he writes. ‘On this beach I likewise left a boar and a sow to multiply and possibly be of use to future navigators in these regions. During the summer this island will be able to provide good refreshments for ships that want to stop here, and the anchorage seems to me to be sound enough for one to ride securely at it, provided the winds are not strongly from the north-east, north or north-west. The sea then is very choppy, but one can always set sail easily and return when the bad weather has passed.’2

Future visitors to Kangaroo Island, alarmed by environmental damage caused by feral pigs, will know who to blame.

Weeks later, short of his quota, Baudin himself joins the hunt. ‘I brought back three live kangaroos, which were put in pens like the others, and of which I am taking the greatest care. There were two males and one female, and the three of them were caught unharmed by our dogs. One tried to escape by throwing himself into the water, but fell into our hands after putting up magnifi­cent resistance.’3

The dogs are also used to hunt emus, attacking from the front to grab the birds by the neck to avoid being pecked, and drag them to the ground.

To stock up on food for the 20 kangaroos on board, Baudin has his men gather branches from casuarina trees, then grass, when the animals turn up their noses at the casuarina. He hopes to soon get them used to a diet of corn, and is enjoying some success when, just a few days after departing the island, two of the kangaroos are found dead in their pens.

‘I had no doubt at all of the bad weather being responsible,’ he notes in the log, ‘for they were completely soaked with rain and the continuous mist that we had for the past three days, in spite of our having been very careful to cover their pens well with good tarpaulins. This accident decided me to keep them no longer on the gangways, where they were housed. But in order to find them another suitable place, I had to create two malcontents.’4

The ‘two malcontents’ are botanist Théodore Leschenault and midshipman Joseph Ransonnet, whose cabins are dismantled to make room for the kangaroos. When one of the men – Baudin doesn’t say who – complains about being displaced, Baudin berates him for ‘preferring your own comfort and a few tempo­rary advantages to the greater success of the expedition and whatever may serve our country’.5

Four months of rough weather later, Baudin finds that some of his furred and feathered passengers are as poorly as his crew, many of whom are falling ill with dysentery. Not knowing what ails the sick emus and kangaroos, he tries feeding them sugar and wine. ‘Although I was very short of these same things for myself, I shall be very happy to have gone without them for their sake if they can help in restoring them to health,’ he writes.

At the same time, Baudin’s own health is failing. He notes, ‘During the night I was taken with a fit of spitting blood, similar to those that I had already had on two different occasions, and the sputum that I brought up was so thick, that one would have said that it was pieces of lung coming away from my body.6

'If the weather does not turn fine after the full moon, I have decided to make for Isle de France rather than lose them all. It is not without regret that I decided upon this step. A thousand reasons should have made me take it even earlier. But without listing them all, I shall limit myself to saying that we no longer had anything more than a month’s supply of biscuits, at the rate of six ounces per man, and two months’ of water, as a result of the amount consumed by the birds and quadrupeds…’7

By the time Le Géographe reaches Isle de France more than 20 of his men are seriously ill, he himself is confined to his bed and, of the animals on board, ten of the 20 kangaroos have died, along with two wombats, four emus and 50 of 150 other birds. Josephine’s Ark is a ship of sorrows.

The incredible story of Bonaparte’s secret plan to invade Australia