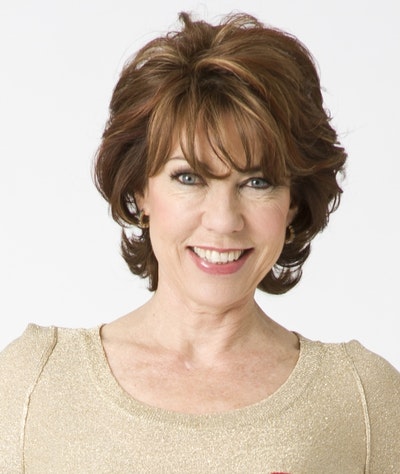 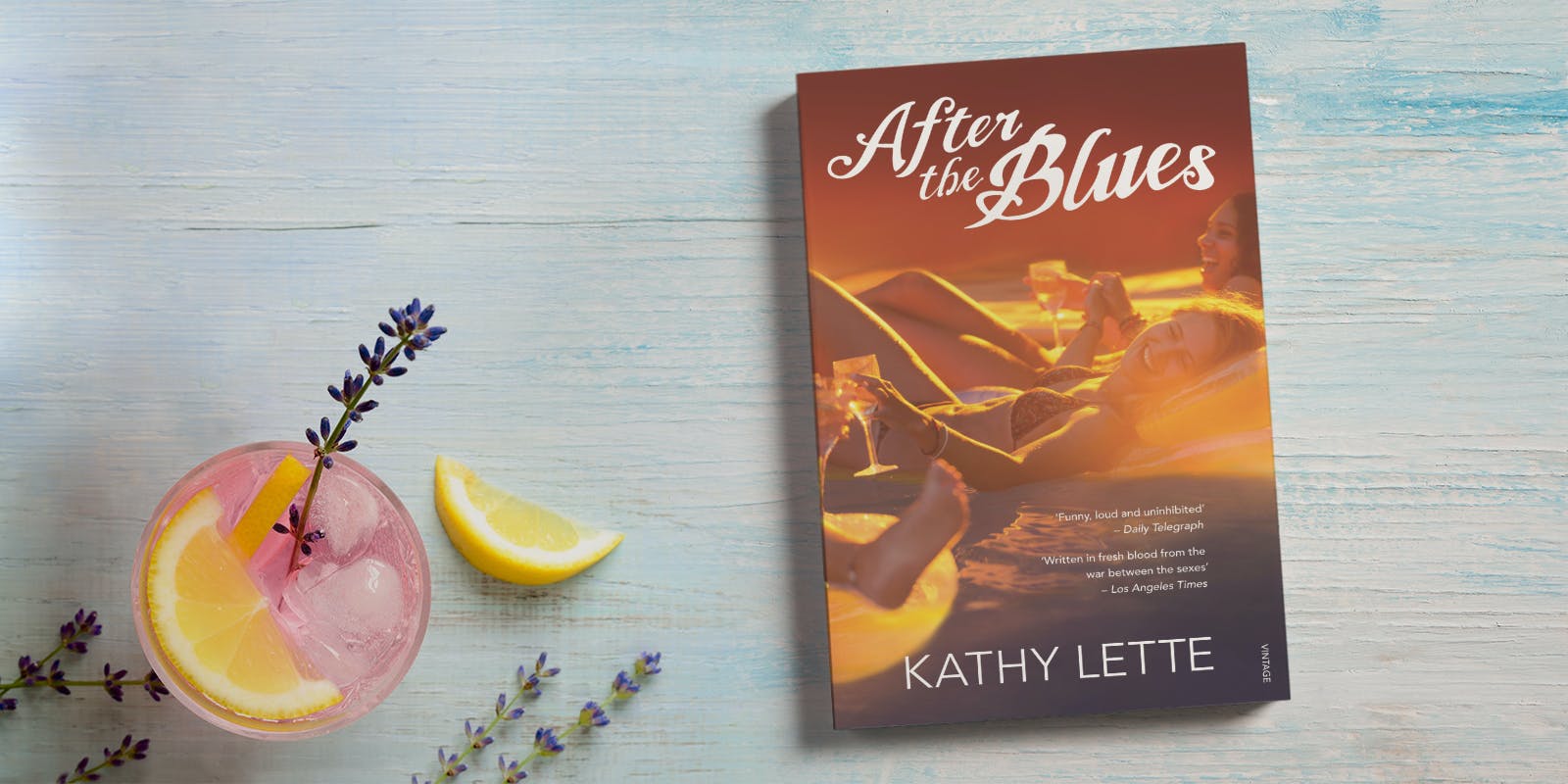 A note on the blues

Kathy Lette on surviving puberty, feminism, and ‘what happened next’.

The boys I grew up with disproved the theory of evolution – they were devolving into apes. They thought ‘sex drive’ meant doing it in the car – no doubt because of that little sign on the rear-vision mirror which says ‘OBJECTS IN THIS MIRROR MAY APPEAR LARGER THAN THEY ARE’.

Yep. Surviving one puberty is difficult enough, but I’ve now endured four. First there was my actual puberty, then the book about it called Puberty Blues, (a slim creation that speaks volumes – it’s like straight literary Vegemite, no butter) followed by the Bruce Beresford film of the book and then, in my fifties, mid- menopause, I relived it all again in the twenty-hour TV miniseries – which proved very hormonally confusing, as I’m now sporting wrinkles instead of pimples.

Watching the series, which is like a home movie, I was torn between experiencing side-splitting hilarity and nausea to the point of projectile vomiting. It brought back, in a raw rush, what it was like to be treated as little more than just life support to a pair of breasts. We surfie girls were runners-up in the human race. We weren’t allowed to ride surfboards. Our only role was to fetch the boys’ Chiko Rolls, massage male egos and mind the towels. Basically we just lay on the beach all day in teeny-weeny bikinis, nervously glancing downwards in case our G-strings had slipped. Believe me, it gave ‘bad hair day’ a whole new meaning.

Yes, the surfie boys had serious pecs appeal and twinkly eyes, but they were also emotional bonsai – you had to whack on the fertiliser to get any feelings out of them.

Although the most famous feminist in the world at the time was Australian, ‘women’s lib’ had not trickled down to suburbia. I remember being with the boys in the beer garden of a beachside pub as they argued over whose turn it was to order a round of ‘germs’. When I pressed them for clarification, they expounded, ‘Germaine Greers – beers’. They had no idea that Germaine was the leading intellectual of the age. This iconic feminist was merely rhyming slang for a schooner.

When I tell people overseas that I grew up in ‘The Shire’ they think I’m some kind of hobbit. Much of my family still lives in the ‘insular peninsula’ and I go back, often. It’s a beautiful part of the world, flanked by the Royal National Park and Port Hacking River on one side, and the sandhills of Kurnell and Botany Bay on the other. Living in London now, under that oppressive grey duvet of rain clouds, I miss being drenched in a wash of syrupy sunlight as you lie supine on the golden sands of Greenhills. I miss the huge azure sky with its curlicues of creamy clouds. I miss the wattle-scented winds warm as an embrace. Whenever I come home my sisters and I frolic on our boogie boards at Cronulla; four aged Gidgets, holding hands as we hurtle shoreward like human hydrofoils.

And I’m pleased to report that nobody orders us to go fetch the Chiko Rolls. Cronulla surfie boys have finally flopped onto the shore and evolved. When I was a beach babe, our self-esteem was lower than Kim Kardashian’s bikini line, but young surfie girls today are determined to be treated as equals instead of sequels. Now it’s my nieces out the back carving up the waves while the boys fetch the milkshakes and ‘ooh’ and ‘aah’ over the girls’ aquatic manoeuvres.

Southern Star, the producers of the recent TV series, were incredibly inclusive, taking up my suggestions on storylines and personality traits and allowing me to tweak dialogue, bringing back such Aussie classics as ‘titting off ’, ‘deadest spunkrat’ and ‘rack off ya fish-faced moll’. (I know. It’s practically Shakespearean.)

Each witty and pithy episode captured the casual racism and sexism of the time in hilarious but heart-wrenching detail. It also reminded us of the extraordinary mix of optimism, naivety, brutality, larrikinism, mateship, politically incorrect humour and rough-and-ready hedonism which characterised Australia in the 1970s. The 70s was a time of great social upheaval. Gough Whitlam had just been elected, dragging us out of the beige, 1950s mentality of Menzies and conservative Co. Cleo magazine scandalised the Aussie male population by publishing nude male centrefolds. And Helen Reddy’s single ‘I Am Woman’ was encouraging females to stop being tethered to the kitchen by their apron- and heartstrings and to stand on our own two stilettos.

I’d presumed that the miniseries would be a raunchy romp down memory lane for my generation and also perhaps provide some clarification for our bewildered parents as to why their garden hoses were always shrinking (because we kids were cutting off the ends to make bongs – sorry Mum). But to my surprise, the TV series proved particularly popular with teenagers. They marvelled at the freedom we enjoyed in the 70s – no mobile phones to track our every movement, nor PC police constantly lecturing us on the dangers of smoking, alcohol, sun-bathing and sugar. The success of the series amongst this demographic reminded me that navigating adult life while still being treated like a child is always going to be confronting and confusing, and the issues faced by the girls in Puberty Blues – that is, drugs, drinking, addiction, parental disputes, divorce, differentiating between love and lust, unwanted pregnancies, peer-group pressure, gang inclusion, bullying exclusion, misogyny and the sex wars, are, sadly, as achingly relevant as ever.

When Puberty Blues was first published (and it was very scary to go from teenage anonymity to overnight notoriety. Surely a case of mistaken nonentity?, I panicked, at the time) the book achieved cult infamy. I’ve lived predominantly in London for the last twenty-eight years, and Aussies my age are always dashing up to me in the street, laughing, ‘Go get me a Chiko Roll and DON’T TAKE A BITE OUT OF IT ON THE WAY OR YOU’RE DROPPED!!’ So it was exciting to have the book reinterpreted for a younger audience.

But the question I am asked constantly by young women is – what happened next? Well, the 80s was just as sexist and confusing as the 70s, only with much worse outfits. We girls sported perms which looked as though we’d sutured our pubic hair to our craniums, wore shoulder pads so huge they could double as sanitary towels and dangly earrings that could easily be mistaken for elephants’ IUDs. We also wore our hearts on our sleeves, something older men took full advantage of.

But getting back on topic, I think that the best way to answer the question of ‘what happened next’ is to revisit the book I wrote after co-writing Puberty Blues with Gabrielle Carey, called Girls’ Night Out. The novel was a bestseller in Australia and Britain and was banned in New Zealand – a point used to maximum publicity on the American edition, guaranteeing great coverage in the New York Times book pages and launching my career in Britain. The novel was optioned by various movie directors, including Harvey Weinstein. But, be warned – its sometimes derogatory and racist lingo and sexist vernacular are cringe-worthy by today’s standards. This foreword is to teach the reader to look backward. Rough and ready as it is, the book did punch way above its weight and definitely hit a nerve at the time.

I was only in my early twenties when I wrote it, so the prose is raw and raunchy. But it does capture the flavour of the early 1980s and the dilemmas and dramas young women faced as we found our place in the world.

Basically, After the Blues imagines what happened to Debbie in the next stage of her life, and follows Debbie and a gang of her girlfriends through their various adventures – the hippie phase, the punk years, flat-sharing in the inner city, sowing whole plantations of wild oats in the name of ‘sexual equality’, being preyed upon by married men, broadening sexual horizons with visiting English poets and playwrights, joining various political causes, slumming it with ex-cons, and finally, eventually, taking on the old sexist surfie gang back at Greenhills. The stories culminate in a girls’ night out, where we see our characters peeling off to their emotional underwear in a psychological striptease which reveals all.

The narrative is discontinuous, but the message of the book is clear – that no matter what life throws at you, your female friends are your human Wonderbras: uplifting, supportive and making you look bigger and better.

So, whack on your shoulder pads, pour yourself a Bacardi and Coke, slather on some pink lippy, metallic eye shadow, clumpy mascara, masses of blusher and wide-leg, high-waisted trousers, put some Pink Floyd, Johnny Rotten, Carole King, Lou Reed, Donna Summer or ABBA on the record player, go get a battered sav and slip between my covers. Nostalgic, occasionally toe-curling amusement guaranteed. 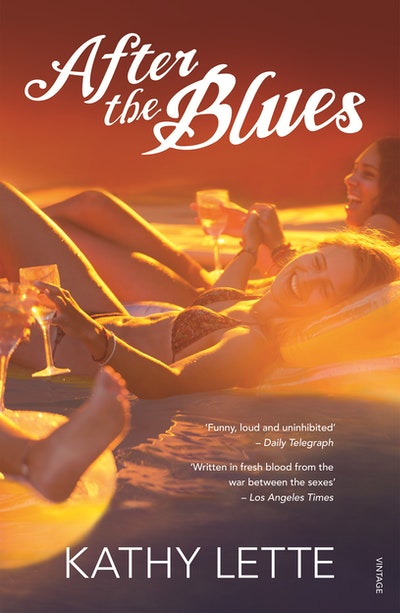 After the Blues Kathy Lette

Now an adult, Debbie and her girlfriends reveal what women really say when men aren't around. Oh dear . . .!