Believe it or not, these are real!

Stunning sand dunes, gorgeous glaciers, and eye-opening alpine landscapes! Take a break from the ordinary with these five extraordinary phenomena from Natural Wonders of the World.

The coastline of Shark Bay is more than 1,500km long, including about 300km of spectacular limestone cliffs. The bay is probably most famous for its living stromatolites, modern equivalents of some of the earliest types of life on Earth. These are colonies of microbes that form hard, domelike accretions. Shark Bay contains one of the world’s largest seagrass beds, which provides food for about 10,000 dugongs, which are large marine mammals related to manatees. Stretching across 500 square km in Gansu Province, China, the Zhangye Danxia Landform Geopark is known for the unusual colours and shapes of its sedimentary rocks. From around 80 million years ago, sedimentary rocks began forming in the area through the deposition of sediments in lakes. Variations in the mineral composition of the sediments account for the range of rock colours seen today. Starting from about 20 million years ago, the whole area was uplifted and the sedimentary layers tilted as a result of tectonic stresses. Subsequently, the processes of weathering and erosion have resulted in the spectacular sights visible today. One of several ice caps in Iceland, Vatnajökull derives its name from the Icelandic words vatna, meaning “water,” and jökull, meaning “glacier.” The ice cap completely covers the mountainous terrain of southern Iceland. Three active volcanoes, as well as some volcanic fissures, lie under Vatnajökull. When one of these volcanoes erupts, along with the usual effects and dangers of a volcanic eruption, there is the added risk of large amounts of ice melting and causing a catastrophic flood. In northern Arizona lies one of the American Southwest’s most-visited canyons, but few passing drivers know that it exists. This is because, unlike most other canyons, whose broad gorges open to the sky, Antelope Canyon is a slot canyon. Also called narrows, slot canyons have nearly vertical, twisting walls divided by fissures that can be just a handspan’s width at the surface yet plunge downward for thousands of feet. One of the largest cave systems discovered on Earth, Hang Son Doong is up to 250m high, 200m wide, and stretches a total of 9km. First discovered in 1991, Hang Son Doong was unexplored until 2009. Giant openings (dolines), created as massive sections of the ceiling collapsed, have allowed areas of vegetation to develop, including trees up to 30m tall. Hang Son Doong is so large that it has its own microclimate, including wind and cloud. 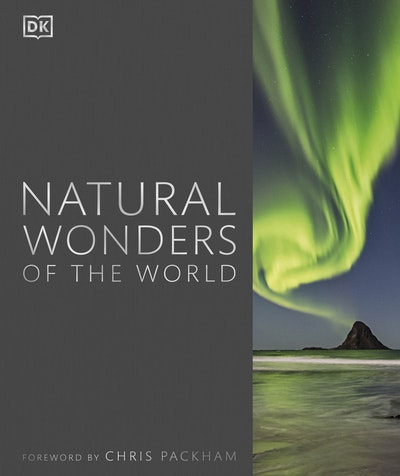 Natural Wonders of the World DK

An unrivalled exploration of the most amazing natural wonders on Earth

Test your creativity and brush up your building skills in this Halloween-themed LEGO activity pack.

A mash of ripe bananas is delicious baked in this sweet, bread-like cake, while spices and nuts add flavour and crunch.