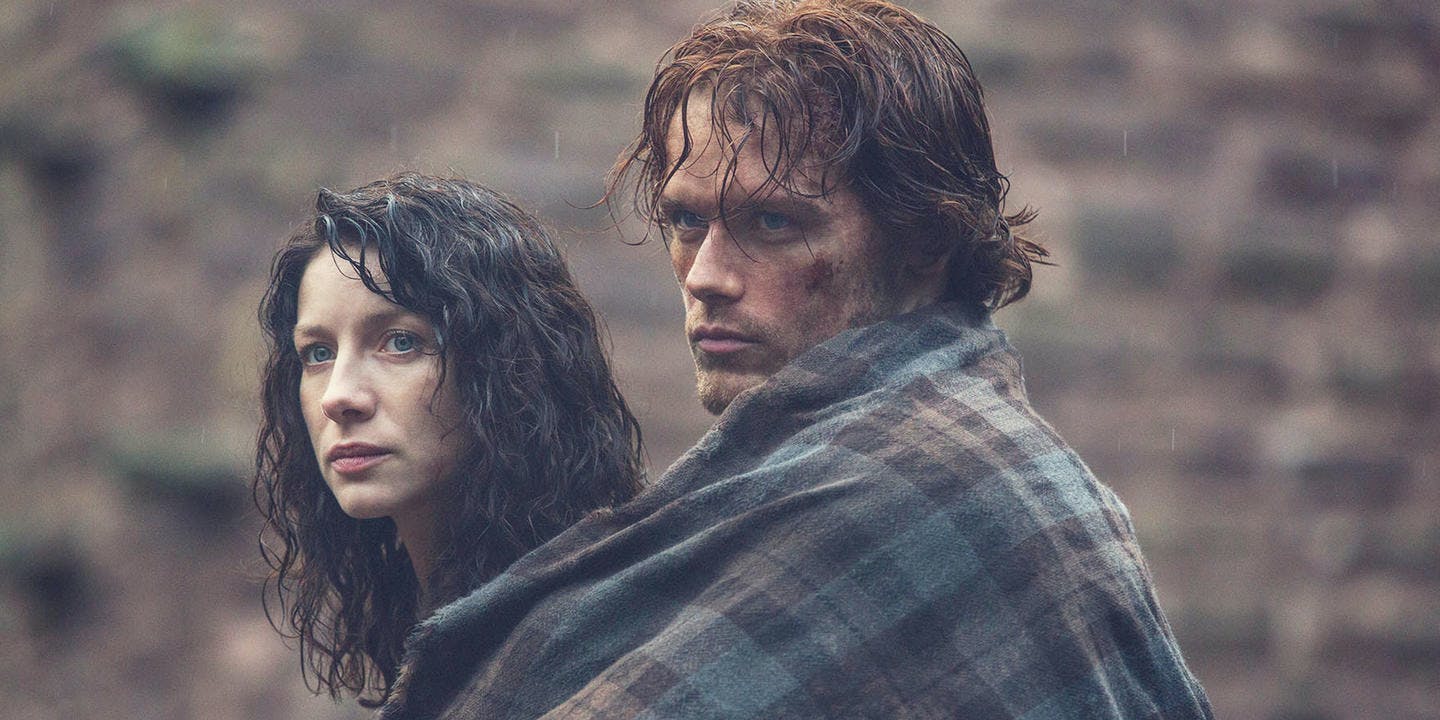 Get to know the backstories of Diana Gabaldon’s much-loved characters.

One of the world's bestselling book series, Outlander by Diana Gabaldon, has finally made it to our television screens. Take a closer look at the key characters in Outlander, an epic tale of romance, passion, history and adventure.

Claire Randall (played by Caitriona Balfe)
The quick-witted, stubborn but lovely, English ‘Sassenach’ Claire Randall, is a married combat nurse from 1945 who is mysteriously swept back in time to 1743. Upon her arrival she is immediately thrown into an unknown world where her life is threatened. When she is forced to marry Jamie Fraser, a chivalrous and romantic young Scottish warrior, a passionate affair is ignited that tears Claire’s heart between two vastly different men in two irreconcilable lives.

Jamie Fraser (played by Sam Heughan)
Armed with sheer grit and enduring strength, Jamie is a strapping young Scottish clan lord with a complicated past and a disarming sense of humor. When Claire Randall, a married combat nurse from 1945, is mysteriously swept back in time to 1743, Jamie is forced to marry her to save her life. Intelligent, principled, and, by 18th century standards, educated and worldly, Jamie has a tenderness and compassion that stands out in contrast to his contemporaries. A natural leader of men, he has no political ambitions or desire for battlefield glories. Instead, he wishes to remove the price on his head and return to his family’s ancestral farm.

Black Jack Randall / Frank Randall (played by Tobias Menzies)
A Captain in the English Army back in 1743, Jack Randall has been posted in Scotland during a time when rebellion is in the air. As an officer in an occupying army, he’s seen and done terrible and horrific things in the undeclared war in the Highlands. Jack also has an unhealthy obsession with both Claire and Jamie. On the other hand, Jack's descendant Frank is Claire's husband in the 20th century. An intellectual and an academic, he served in British Intelligence section MI6 during the war as a spymaster. With the war now over, he’s looking forward to a new career as a historian at Oxford when his wife mysteriously disappears in the Highlands.

Colum MacKenzie (played by Gary Lewis)
The Laird of the MacKenzie clan, Colum is Jamie's maternal uncle and brother to Dougal. Colum suffers from Toulouse-Lautrec Syndrome, a degenerative disease that renders his legs immobile at times, and fills his days with a great amount of pain. Unable to rule by brawn, he must rely on his cunning and intellect to lead his clan. Not surprisingly, there is a quiet sadness about him, as he must rely on his brother Dougal to be his enforcer. But above all, he is insightful and stern; a strong leader who secretly fears for the future of his clan and its leadership.

Geillis Duncan (played by Lotte Verbeek)
The wife of the procurator fiscal, and a good friend to Claire, Geillis’ advanced knowledge of herbs and plants cause many to believe she is a witch. Geillis is a master manipulator, able to get her husband - among others - to bend to her will. She is also smart, sexual, and mysterious - the kind of character you know you can’t trust, and yet continues to draw you in. But how long will it be before her greatest secret is uncovered?

Murtagh Fitzgibbons Fraser (played by Duncan Lacroix)
Mysterious and dark, like a vulture lurking in the background, Murtagh dutifully watches over his godson Jamie. Although a reserved man, he’s a very loyal godfather, and lives his life by a strict a code. And he’s more than happy to let his reputation, and if need be, his fists do the talking. Like his fellow clansmen, he is skeptical of Claire at first. But he eventually warms to her because, as always, he’ll do whatever is best for young Jamie.

Dougal MacKenzie (played by Graham McTavish)
A skilled and experienced warrior, Dougal is the War Chieftain of Clan MacKenzie. His older brother Colum is the ruling Laird, but Dougal is his loyal right hand and the true muscle. He is courageous on the battlefield and is feared by many; the kind of man who will get what he wants, no matter what (or whom) stands in his way. While an artful tactician, he sometimes lets his temper and impetuous nature get the better of him. Unlike his brother, Dougal secretly supports the rebel cause against the British, and works to raise funds for an army to fight for Scotland’s freedom.

Two lives. Two loves. One heart. Who will Claire choose? Escape into the passion and mystery of the bestselling series Outlander.