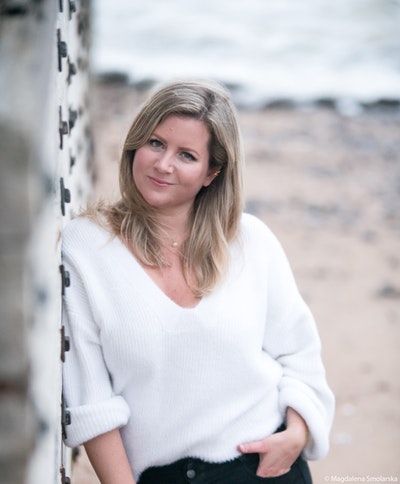 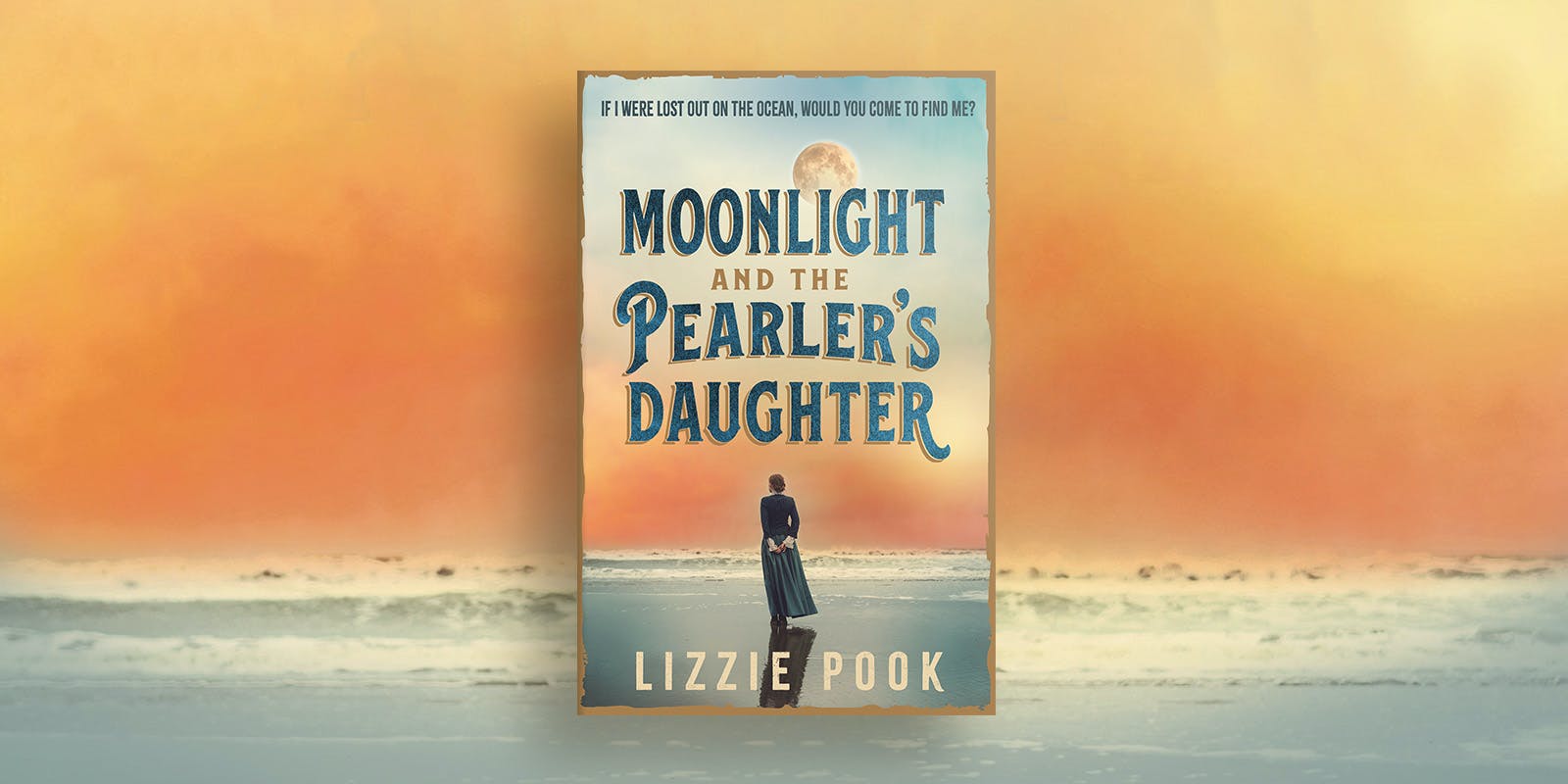 It’s the 1800s and Eliza Brightwell has travelled from England to Australia where her family gets involved in the pearl shelling industry. When her father goes missing under suspicious circumstances, it falls to her to uncover the truth of what happened. As she scours the streets of Bannin Bay, she exposes prejudice, blackmail and buried secrets.

Debut author Lizzie Pook chats about the inspiration behind her characters and the years-long process of writing Moonlight and the Pearler's Daughter.

How long did it take you to write Moonlight and the Pearler’s Daughter?
I would say writing a book is basically a process of rewriting. I wrote the first draft years ago and through the process of editing and rewriting, I must have done at least 20 drafts of the book. I allow my first draft to be terrible, only telling the story to myself, then you do whatever you want in the editing process – you move things around and scatter breadcrumbs and may realise you’re exposing the truth of something way too early so you move that back. I am a journalist and when you’re writing journalism pieces you hammer it out and send it out, writing a book is a much longer process. When I’m writing, my plans tend to change and stories and characters change – I’m grateful to have the time to plant those seeds over a long period.

This is your debut novel; how do you feel about now being published?
It feels really, really surreal and it sounds cliché but it feels like it’s happening to someone else and I’m just watching it. When I kept getting big pieces of news about the book I kept thinking I was in a coma and it was all something that was happening in my head, like a dream sequence.

Why did you decide to set the novel in WA?
The inspiration for the novel came to me in stages. I’ve spent a lot of time in Australia and friends and family joke it’s like my second home. The first sort of piece of inspiration came when I was road tripping through WA with my twin sister. On a subsequent trip to Broome in 2015, I couldn’t believe what I was seeing, it was the most beautiful place. Broome seems to exist in technicolour and has this big landscape, sky and sea and I was astonished a place like this existed. It was not only beautiful, but it also had a rich, difficult and complex British-Australian history with pearling and I couldn’t get enough. I ended up on pearl tours hearing about the history of pearling in Broome and I thought, ‘This is fascinating’. It was the beginning of a years-long research journey and I definitely owe Broome a huge debt of gratitude for providing the spark of inspiration and framework for my fictionalised setting. I just knew I wanted to create something similar.

Are any of the characters inspired by real people?
When I was road tripping through WA with my twin sister we ended up at the Maritime Museum in Fremantle and in that museum tucked away among the ships and anchors was a small exhibition about the Broadhursts, who sailed across to Shark Bay and set up in the pearling industry. The father of that family was not a particularly nice man and was known to mistreat divers and exploit Indigenous people for labour. The matriarch of that family however, Eliza Broadhurst, caught my attention as she was an early feminist and established a school. It was interesting having a strong feminist at the centre of a family of settlers. I didn’t want to write a biography on her, my character [Eliza Brightwell] is much younger and very different. It was just that idea of someone who questioned the moral latitude of that time and questioned what was expected of her as a woman in that time and in that environment. I wanted a heroine who was very real and very flawed as well. Eliza Brightwell is active and courageous but she is also very much held back by guilt and grief and things that have happened to her in the past. She is most definitely not perfect. There were other characters that were inspired by real people. I changed the names and did not make the characters too similar, I didn’t want to write the history of Broome. One of the characters I based on a person I read about named Conrad Gill. He had a talking parrot that would sit on his shoulder and he would feed it rum and it would get very abusive, steal money and cause all sorts of problems. I also have a lead diver character based on the most successful pearl divers in Broome who were sort of hailed as celebrities. You would see them walking around the town and be very proud, and people would keep track of their numbers like you would football scores.

What research was necessary for your novel?
I went back to Broome again and again and I got my hands on a couple of books that proved to be invaluable during my research. As I live in the UK, it was a research project that spread across two continents. I spent time in The British Library in the UK and went through newspaper clippings and anything I could get my hands on. I read first-hand accounts of people who spent time on the seas in Western Australia and when I was in Broome the historical society kindly allowed me to go through archives and I spent hours going through newspaper clippings and reading accounts of people who lived in the town and diaries kept by master pearlers. I went to remote pearl farms to see how the process of pearling worked and stayed at an Indigenous-owned campsite – I immersed myself in the landscape.

What was it about this era that interested you?
I have always been fascinated by the Victorian era, it is my favourite period in history. There are a lot of adventure stories set in this time and there was this great rush of people travelling to lots of parts of the world. It’s a time of colonialism, which is a thorny, difficult and tough thing, but I’ve always been fascinated by unpicking it. There were lots of terrible things that happened at that time and only in reading and learning about it and confronting the truths of what happened can we learn from past mistakes and move forward. I don’t think just because something makes us uncomfortable we should turn away and pretend it didn’t happen. I think examining it and confronting truths is a responsible thing for us to do. This era more generally was also a turn of the century where you did get women starting to break out of the confines of what was expected of them.

What do you hope readers get out of your book?
I would love readers to just be transported by a novel set in a beautiful place where there’s lots of action and you can be immersed in it and get away from the real world. I would also love people to learn a bit about this hidden history and hopefully it piques interest in people wanting to learn about white settlement and Indigenous Australians. Lastly, a lot of this book was inspired by my own process of grief. I didn’t want the characters who experienced a loss to be silenced, I wanted it to give them rocket fuel and propel them through the story. I hope people who might have gone through the same thing relate to that and find it inspiring.

An exquisite historical novel set in a mesmerising yet unforgiving land, where both profit and peril lie deep beneath the ocean’s surface… Named one of the best historical fiction books of the year in The Times (UK).