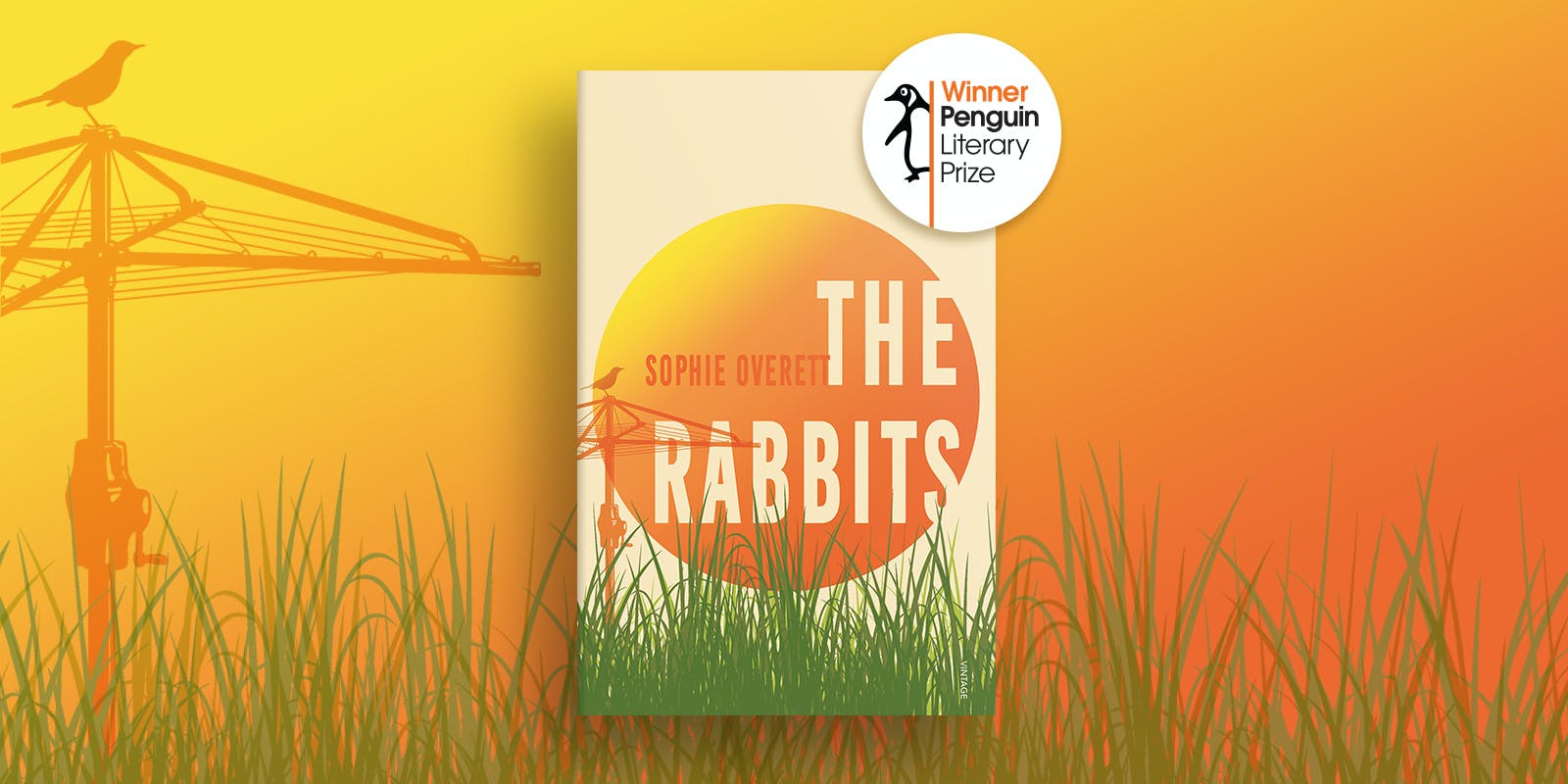 Please tell us about the inspiration behind The Rabbits?
It’s maybe not such a romantic thing to say, but I’m not really sure there was any one source of inspiration for The Rabbits. I tend to feel like my writing is a bit like painting a room – priming it before layering coat after coat to deepen the colour. In that sense, the primed layer – the inspiration – was pretty basic! It was really just that I loved magical realism and was interested in exploring what that could look like in not just my hometown, but in the suburbs. A lot of magical realism after all tends towards either bustling cities or really regional and remote areas, and I was curious about what it could look like in the suburbs, where it’s both easier and harder to hide it.

The heat, the nature, and even the nuances of the family dynamics came later, and were really developed during the writing process.

How did you approach the writing process?
Also not romantic, haha, but routine is always the most important thing for me creatively. Carving out time to write is a way of training creativity, I think, at least as much as you can train creativity, and devoting time means that on the days the words don’t come, you’re still devoting time to puzzling over concepts or arcs or scenes.

On this particular story, I found writing earlier in the day was really productive for me, so I’d get up at 5.30 and write for two hours before I went to work. On the days where writing wasn’t happening, I’d still have that time to challenge my ideas (and why I wasn’t writing) and ask myself and my characters why? A favourite (and extremely frustrating!) question that I find always helps me to unlock motivations and scenes.

What led you to the Penguin Literary Prize?
I’d been really lucky to have a lot of support for The Rabbits which in turn led to a lot of champions in the industry. I’d taken it to the Katharine Susannah Prichard Writers Centre in Western Australia on a writer’s residency, and had received a Queensland Literary Awards Fellowship to go to the Tin House Summer Writers Workshop in Portland, Oregon, which were magical experiences! I’d also submitted to a few other prizes with various results (writing really is so subjective!), and the Penguin Prize popped up through my networks, and I thought it felt like an incredible and hopeful opportunity, so I tidied up the latest draft of The Rabbits, and sent it in.

Describe the moment you found out you’d won.
My face ached for days afterwards from smiling so hard, haha. It really was magic! In a lot of ways, The Rabbits felt like it was always the bridesmaid, never the bride – it got so much support, so much love, but it never quite found its way to the next step. It’s a story I’m really proud of though, and that phone call from Meredith at Penguin to tell me that I’d won was like someone else really understood it and saw the promise of it that I felt was there. It’s something I’ll never forget.

What happened next?
The real work began! We started with a structural, big picture edit which I did with the wonderful Meredith Curnow. That was shaped by a lot of really great questions about plot points and character arcs and creative choices, and helped me to really deep dive back in and write a new, stronger draft, which I then re-submitted. That draft in turn got edited by the equally wonderful Melissa Lane, which was more of a scene-level edit, and again really challenged parts of the story in ways that, like Meredith’s edit, unlocked a new draft in the most creatively invigorating ways. There were another few rounds after that too, and it was also interspersed with exciting conversations about covers and publicity and review copies. It was A Lot, but it was a lot of really wonderful things.

How did you find the experience working with a professional editor?
It was actually a part of the process that I was really looking forward to, but I don’t think I realised just how creatively exhilarating and rewarding it would be. Working with Meredith and Melissa meant that I not only got to see how the story felt and read to people who were bringing fresh eyes to it, but how the story read to people with huge careers behind them in the industry. I really embraced that process of advice and dialogue and constructive criticism, and it was all of that wrapped up with their encouragement and passion for the story that made me think deeper about it overall. They helped me to unlock scenes and arcs in ways that I don’t think I would’ve been able to do without them, and it really evolved the story for me in ways that I’m really proud of, and I’m so grateful to Meredith and Melissa for that.

What’s something you’ve learnt through the publishing process?
Oh, gosh, I’ve learnt so much! I think the biggest thing though has been just how many people are involved in getting a book out into the world after it’s accepted for publication. From multiple editors and proofreaders to designers and typesetters, publicists and marketers and distributors to booksellers and reviewers, and so many more! All of this happens before it gets into the hands of readers, and there’s something so exciting and collaborative about that process. So much of writing is so solitary, but publishing that writing feels like you’re a part of a team, which is this magic way to see your book out into the world.

Any advice that resonated on your pathway to publication?
A while ago, I watched the ABC special on Tim Minchin while he was developing Roald Dahl’s Matilda for the stage. In it, he talked about how so much of a creative career feels like you're hacking through the woods in the dark, and you just have to keep going and eventually you’ll find the path, but that the problem with that is when the news vans roll up and ask how you got there, you turn around and the path you made is overgrown, and you really have no idea how you got there at all.

Point is, everyone’s path is different and I think it really is hard to see the one you forged retrospectively. In that sense, the only advice I can offer is to keep going. Half the battle of writing is persevering, showing up, doing the work, and I think remembering that you’re never going to know what the outcome of an opportunity is going to be can be a good thing. Throw your hat in the ring. You won’t know if that’s the step that helps you find the road unless you take it.

Anything you’d do differently next time?
Yeah, a lot actually, but it’s less about pathways and more about the way I structure my writing and explore certain storylines. I feel like I’ve grown as both a writer and a re-writer across the last 18 months, and I find that so invigorating. There are so many lessons about craft that I’ve learnt from the editorial process which I’m taking with me to my next work, and that’s already impacting how I’m tackling my current drafts.

What's next for you?
I’m working on a few things at the moment, which is pretty exciting! I’ve had a science fiction TV show concept optioned which is about women’s bodily autonomy and rural Australian life, which I’m extremely excited about. I’m also working on an historic mystery novel that’s set against the backdrop of Harry Houdini’s 1910 tour of Australia. It’s one I’ve loved writing, and while it’s extremely different from The Rabbits, it also feels a bit like it’s in conversation with it, because if The Rabbits is about finding magic where you least expect it, Flight is about finding none where you expect it the most. 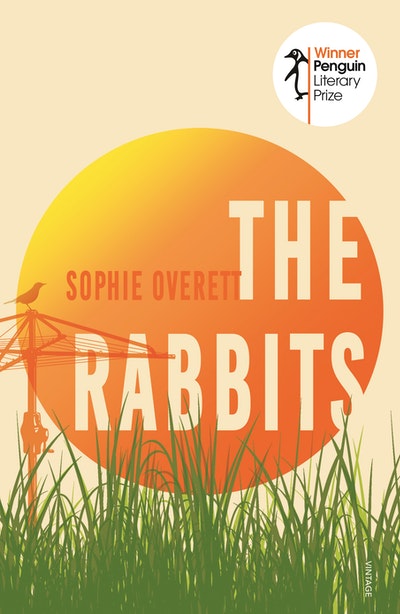 From the winner of the Penguin Literary Prize and the Kathleen Mitchell Award. A multigenerational family story with a dose of magical realism. It is about family secrets, art, very mild superpowers, loneliness and the strange connections we make in the places we least expect.