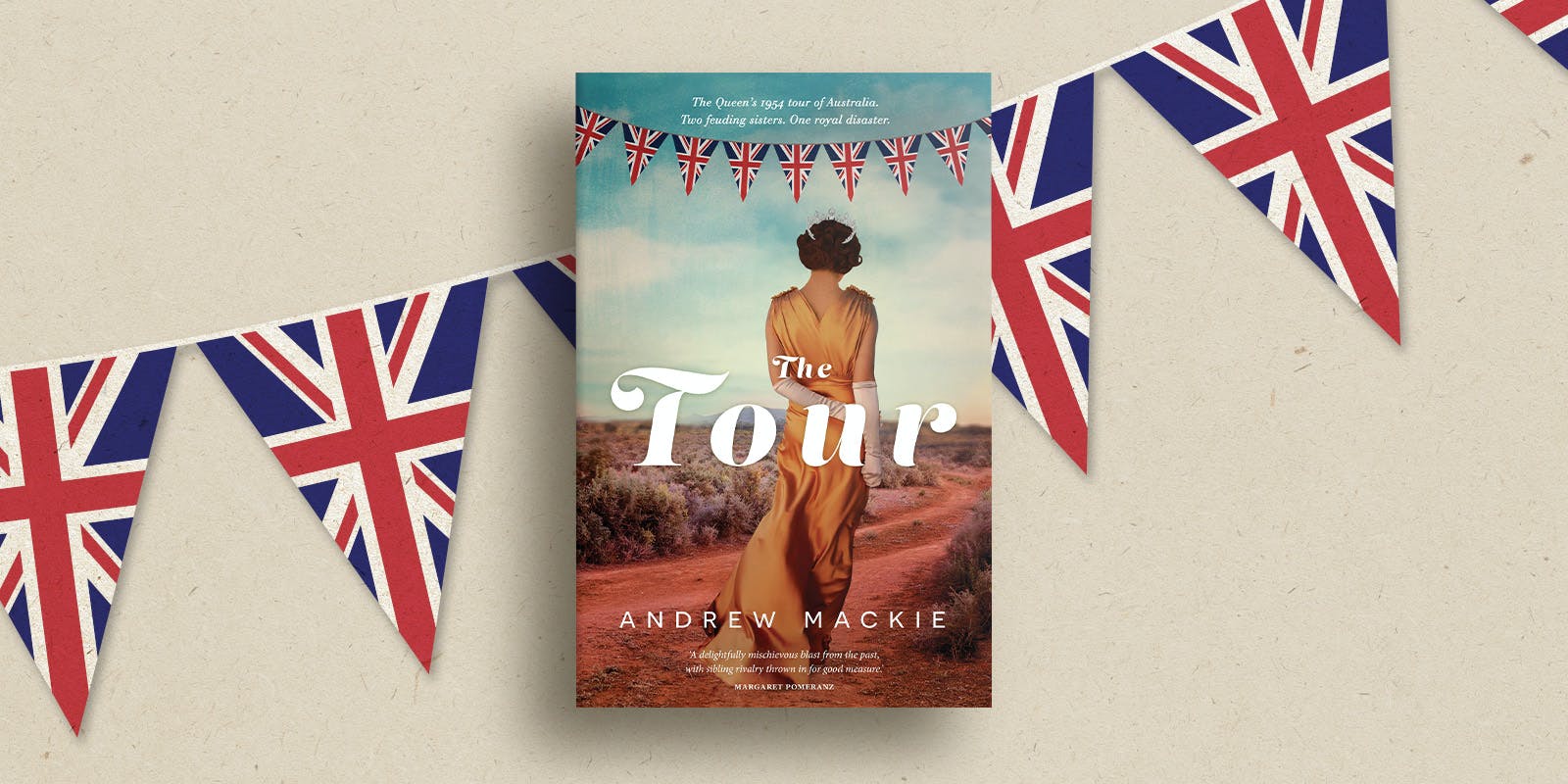 Where did the initial idea for The Tour come from?
It randomly occurred to me that the Queen’s visits to Australia have never been tapped for their great dramatic (and sometimes comedic) potential. The more research I undertook, the more Elizabeth II’s 1954 tour felt like a grand scale tale ripe for dramatic mistreatment. When she threw a tennis racket and some shoes at Philip on their weekend off in Victoria, my mind raced at the potential for the delicious reasons behind it. The Chettle twins were born in that moment.

What is it about the royal family that fascinates you?
It’s partly the extravagance and the celebrity. Partly the gross privilege, earned or otherwise. But most of all, it’s the enduring appeal of Queen Elizabeth II, her unwavering service, propriety and ability to keep calm and carry on through.

The Tour is based around a true event, the 1954 royal tour by the newly crowned Queen Elizabeth II. How did you go about researching this time and then capturing the excitement and ceremony of the occasion?
There are a number of factual books about the tour including Jane Connor’s Royal Visits to Australia, which was a godsend in terms of wonderful details. The atmosphere of the time was also captured in the official film The Queen in Australia, which was made by the National Film Board at the time and is a richly produced slice of propaganda detailing the 1954 tour in all its glory. It was also the first colour feature-length film made in Australia (you can watch the whole thing on the National Film and Sound Archive YouTube page.)

If you could meet anyone in the royal family (living or dead) who would you want to meet and why?
No argument – Queen Elizabeth II. She’s a living icon. History in the flesh. The rest of them I’m less fussed about…

With your background in the film industry who do imagine playing Violet and Daisie if The Tour were to become a film?
My preference would be for the same actor to play both parts (as they did with the Winklevoss twins in The Social Network). And my dream casting? Saoirse Ronan or Anya Taylor-Joy. Either would be brilliant!