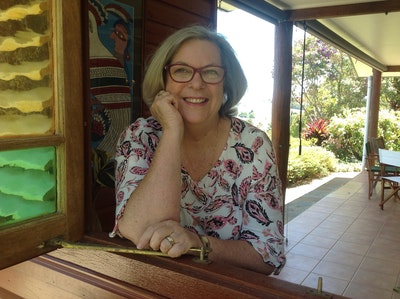 Barbara Hannay at Mary Who Bookshop

This is a FREE event. No booking required.

Meet Barbara Hannay at Mary Who? Bookshop, where she will be signing copies of her new release The Happiest Little Town.

Happiness has a way of catching up with you, even when you’ve given up trying to find it.

Tilly doesn’t believe she can ever be happy again

Fourteen-year-old Tilly’s world is torn apart when her single mother dies suddenly and she is sent a million miles from everything she has ever known to a small country town and a guardian who’s a total stranger.

In the picturesque mountains of Far North Queensland, Kate is trying to move on from a failed marriage by renovating a van and making plans for an exciting travel escape. The fresh start she so desperately craves is within reach when an unexpected responsibility lands on her doorstep.

Ageing former celebrity actress Olivia is used to winning all the best roles in her local theatre group, but when she’s injured while making a grand stage exit, she is relegated to the wings. Now she’s determined that she won’t bow out quietly and be left alone with the demons of her past.

When these lost souls come together under the roof of the Burralea Amateur Theatre group, the countdown to opening night has already begun. Engaging with a diverse cast of colourful characters, the three generations of women find unlikely friendship – and more than one welcome surprise.

From the bestselling author of The Garden of Hopes and Dreams comes a heartwarming and uplifting story about the joys of new beginnings.