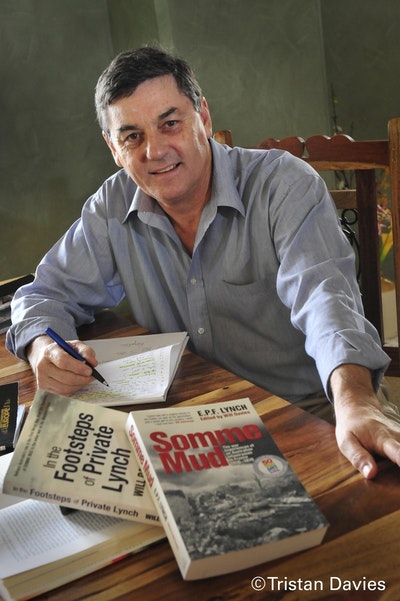 Will Davies for Central Coast Library, a virtual event

FREE This event is hosted on Zoom. Bookings are essential. Once you have booked your ticket you will be sent a link via email to join in the Zoom meeting.

Will Davies shares with us his knowledge and understanding of Z Special Unit and how he came to write it's extraordinary story.

In the week prior to ANZAC Day discover a part of our history and remember the sacrifices and bravery of so many.

The untold Z Special Unit and Operations, the precursor to the elite SAS, and the extraordinary feats they undertook in the Pacific during the Second World War.

Soon after the declaration of war on Japan, a secret military reconnaissance unit was established, based on the British Special Operations Executive (known as SOE) and called the Inter-allied Services Department. The unit was tasked with the role to "obtain and report information of the enemy ... weaken the enemy by sabotage and destruction of morale and to lend aid and assistance to local efforts to the same end in enemy occupied territories."

The first operation was 'Jaywick' in September 1943. Led by a 28 year old officer from the Gordon Highlanders, Captain Ivan Lyon, this successful operation involved kayaks, a Japanese fishing boat and the sinking of several Japanese ships.

This was followed by 'Operation Rimau' again led by Lyon but this time things went very wrong very early.

During the course of the war, Z Special Unit carried out 81 covert operations in the Southwest Pacific theatre. While the unit was disbanded after the end of the war, many of its techniques would be modified and used by Australian Special Forces to this day.

Will Davies at Mornington Peninsula Libraries, a virtual event

Will Davies for Penrith Library, a virtual event