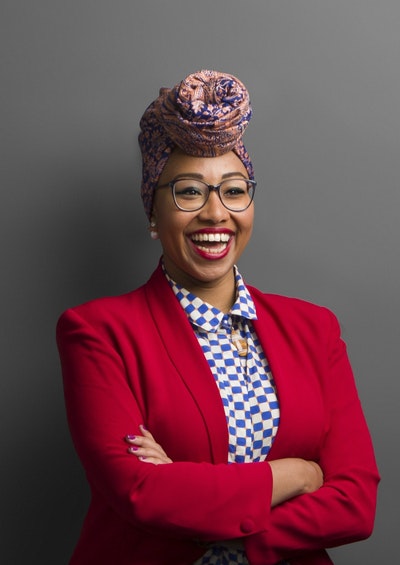 ZOOM Online Event 7.30pm - 8.30pm AEDT 6.30pm - 7.30pm AEST Ticket $5.00, Listen, Layla - Book + Ticket $16.99 Tickets available until 12 February 2021 NOTE: In registering for this event you need to include your email address. The store will email the Zoom event link to you after 4PM AEST on the day of the event. If you have not received this information prior to the event please check your SPAM folder. Customers using BigPond email addresses often do not receive store emails. Please use an alternative address or ensure that you have contacted the store directly before 6PM AEST on the day of the event to request the link.

Listen, Layla is an own voices novel bursting with passion, humour and truth that explores the diaspora experience, race, politics and identity. What’s a queen to do when her summer plans go horribly wrong? A powerful, funny and timely novel for young readers by writer, broadcaster and award-winning social advocate, Yassmin Abdel-Magied.

Layla has ended the school year on a high and can’t wait to spend the holidays hanging out with her friends and designing a prize-winning Grand Designs Tourismo invention. But Layla’s plans are interrupted when her grandmother in Sudan falls ill and the family rush to be with her. The last time Layla went to Sudan she was only a young child. Now she feels torn between her Sudanese and Australian identities. As political tensions in Sudan erupt, so too do tensions between Layla and her family. Layla is determined not to lose her place in the invention team, but will she go against her parents’ wishes? What would a Kandaka do?

Yassmin published her debut memoir, Yassmin’s Story, with Penguin Random House at age 24, and followed up with her first fiction book for younger readers, You Must Be Layla, in 2019. Yassmin’s critically acclaimed essays have been published in numerous anthologies, including the Griffith Review, the best-selling It’s Not About The Burqa and The New Daughters of Africa. Her writing has also appeared in TIME, New York Times, Guardian, Harvard Business Review, The Saturday Paper, Independent and more.

Yassmin founded her first organisation, Youth Without Borders, at the age of 16, leading it for nine years. Since, Yassmin has co-founded two other organisations and now shares her learnings through keynotes and workshops. Yassmin has spoken in over 20 countries on unconscious bias and inclusive leadership. Her TED talk, What does my headscarf mean to you, has been viewed over two million times and was one of TED’s top 10 ideas of 2015. You can find out more about Yassmin via her website here: https://www.yassminam.com/

Randa Abdel-Fattah is a prominent Palestinian Egyptian Muslim writer, anti-racism advocate and Islamophobia scholar. She is the multi-award-winning author of 11 novels published in over 20 countries including multiple translations, stage productions in the US and Australia, and a graphic novel series (China). Her multi-award winning children’s novel, Where the Streets Had A Name, set in Palestine, is on the Australian national curriculum and was in New York Library’s Top 100 books. Randa is also a postdoctoral research fellow in the Department of Sociology at Macquarie University researching the generational impact of the war on terror on Muslim and non-Muslim youth. Her book Coming of Age in the War on Terror is out in February 2021.