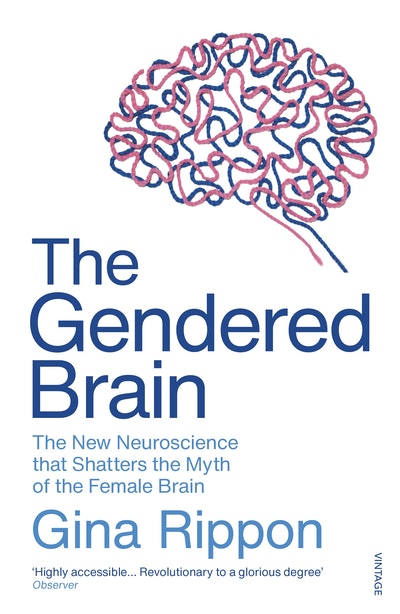 Gina Rippon at All About Women

For centuries, science has been trying to prove that men's and women's brains are different. Cognitive researcher, Gina Rippon, smashes this persistent myth and reveals the politics and prejudice behind it.

In her groundbreaking book, The Gendered Brain, Professor Gina Rippon dismantles the idea that there are distinct differences in male and female brains. Unpacking the dubious historical science, like 18th century experiments that saw empty skulls measured with bird seed, Rippon shows how early research fueled the persistent myth that female biology is inferior. She presents cutting edge neuroscience to detail how our brains are highly plastic, individualised, adaptable and full of potential. What if our behaviour is linked not to gender, but to life itself, to all we do and experience?

All About Women venues are located within the Sydney Opera House.

Professor Gina Rippon is an international researcher in the field of cognitive neuroscience based at the Aston Brain Centre at Aston University in Birmingham. Her research involves the use of state of the art brain imaging techniques, to investigate developmental disorders such as autism. She is a regular contributor to events such as the British Science Festival, New Scientist Live and the Sceptics in the Pub series. In 2015 she was made an Honorary Fellow of the British Science Association for her contributions to the public communication of science. She is also an advocate for initiatives to help overcome the underrepresentation of women in STEAM subjects. As part of a European Union Gender Equality Network, she has addressed conferences all over the world. She belongs to WISE and ScienceGrrl, and is a member of Robert Peston’s Speakers4Schools programme and the Inspiring the Future initiative.

The Gendered Brain
Gina Rippon
An agenda-setting, myth-debunking book by neuroscientist Professor Gina Rippon that demolishes the idea of biology as destiny and the myth of the male or female brain.
Read more