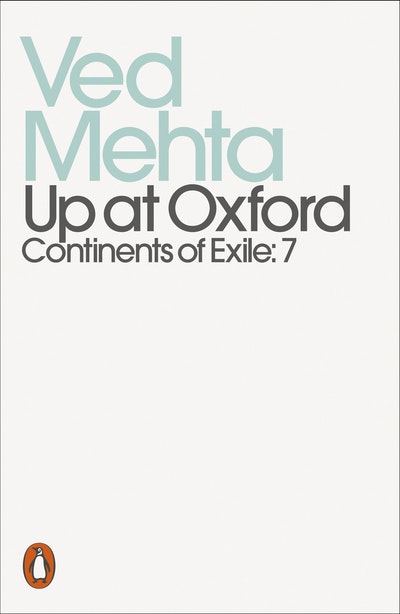 Book 2 in Ved Mehta's Continents of Exile series. Nearly 50 years in the making, Continents of Exile is one of the great works of twentieth-century autobiography: the epic chronicle of an Indian family in the twentieth century. From 1930s India to 1950s Oxford and literary New York in the 1960s-80s, this is the story of the post-colonial twentieth century, as uniquely experienced and vividly recounted by Ved Mehta.

After studying in the United States, Mehta - blind since childhood - achieves his dream of enrolling at the University of Oxford: a place that has consumed his imagination ever since he was a small boy growing up under the British Raj. In Up at Oxford, Mehta recalls the nuances of his conversations, the range of his youthful emotions, and the sounds, smells, and tastes of university life. Along the way he draws memorable portraits of, among others, novelists, poets, scholars, and peers.