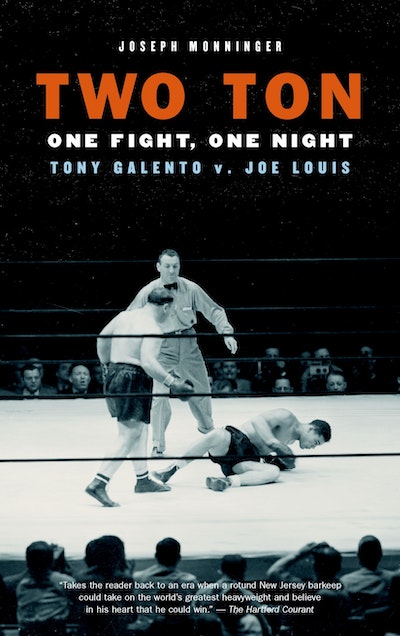 Beetle-browed, nearly bald, with a head that rode his collarbones like a bowling ball returning on rails, his waist size more than half his five-foot, eight-inch height, Two Ton Tony Galento resembled, according to Collier magazine writer Jack Miley, 'a taxi driving away with its top down.' By all measures he stood no chance when he stepped into the ring against the Brown Bomber, Joe Louis, the finest heavyweight of his generation. But in Yankee Stadium on a June night in 1939 he entered the record books as one of the few men to put the great Louis down. For two splendid seconds he stood on the mat as the Joe Louis lay before him, champ of the world, the toughest man alive, the mythical hero of a nation little more than a year away from war. 'I'll moida da bum,' he had predicted. And though Louis was no bum, Galento was almost as good as his word.