Time Out of Mind

The Lives of Bob Dylan

By the middle of the 1970s, Bob Dylan's position as the pre-eminent artist of his generation was assured. The 1975 album Blood on the Tracks seemed to prove, finally, that an uncertain age had found its poet.

Perverse or driven, Dylan refused the role. By the decade's end, the counter-culture's poster child had embraced conservative, evangelical Christianity. Fans and critics alike were confused; many were aghast. Still the hits kept coming.

Then Dylan faltered. His instincts, formerly unerring, deserted him. In the 1980s, what had once appeared unthinkable came to pass: the 'voice of a generation' began to sound irrelevant, a tale told to grandchildren.

Yet in the autumn of 1997 something remarkable happened. Having failed to release a single new song in seven long years, Dylan put out the equivalent of two albums in a single package. He called it Time Out of Mind. So began the renaissance, artistic and personal, that culminated in 2012's acclaimed Tempest.

In the concluding volume of his groundbreaking study, Ian Bell explores the unparalleled second act in a quintessentially American career. It is a tale of redemption, of an act of creative will against the odds, and of a writer who refused to fade away.

Time Out of Mind is the story of the latest, perhaps the last, of the many Bob Dylans. This one might yet turn out to have been the most important of them all.

Born, raised and educated in Edinburgh, Ian Bell is a past holder of the George Orwell Prize for Political Journalism and the award-winning author of Dreams of Exile, a biography of Robert Louis Stevenson. Formerly the Scottish editor of The Observer, he is a columnist with The Herald and the Sunday Herald. 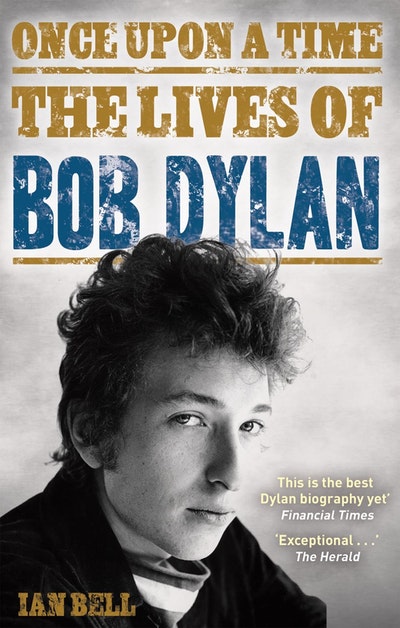 Praise for Time Out of Mind

The best biography that rock has had . . . magisterial

Recommended . . . a huge treat for fans, and a superb introduction for anybody else who's ever wondered what all the fuss is about

It is characteristic of Bell’s achievement that he delivers . . . a compelling account of the ways in which the musician, and popular taste, and the world itself have changed

This book pays the best kind of homage. Never grovelling, never awestruck, always clear-sighted and discerning, and occasionally angry, Bell remains a fan. An alert, realistic and honest one'