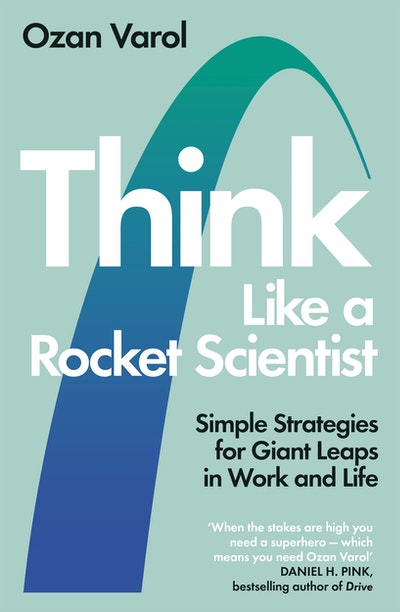 Simple Strategies for Giant Leaps in Work and Life

Named a "must read" by Susan Cain, "endlessly fascinating" by Daniel Pink, and "bursting with practical insights" by Adam Grant.

In this accessible and practical book, Ozan Varol reveals nine simple strategies from rocket science that you can use to make your own giant leaps in work and life -- whether it's landing your dream job, accelerating your business, learning a new skill, or creating the next breakthrough product. Today, thinking like a rocket scientist is a necessity. We all encounter complex and unfamiliar problems in our lives. Those who can tackle these problems -- without clear guidelines and with the clock ticking -- enjoy an extraordinary advantage.

Think Like a Rocket Scientist will inspire you to take your own moonshot and enable you to achieve lift-off.

Ozan Varol is the highest-rated professor at Lewis & Clark Law School. Varol's articles have appeared in outlets such as the Wall Street Journal, Newsweek, BBC, TIME, CNN, Washington Post, Slate, and Foreign Policy. He blogs weekly on his website, ozanvarol.com and his articles reach millions of readers each month. A sought-after public speaker, Varol has given countless radio and television interviews, and delivered keynote speeches both to small and large crowds at major corporations, nonprofits, and government institutions. Before becoming a Law Professor, he served on the operations team for the 2003 Mars Exploration Rovers and the Cassini-Huygens mission that sent a probe to Saturn. 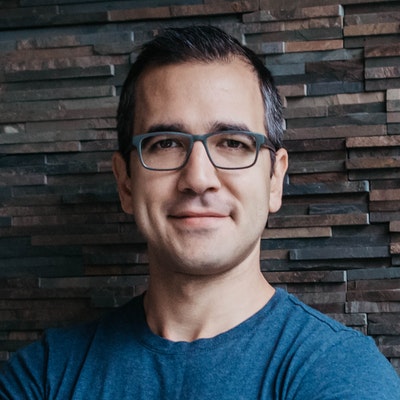 Not just an engrossing read--it's bursting with practical insights. Ozan Varol's dazzling debut might change how you approach problems. Houston, this book has solutions

Thinking like a rocket scientist is not rocket science! Packed with witty writing, insightful advice, and invigorating stories, this must-read book will change the way you see the world--and empower you to change the world itself

When the stakes are high, the unknowns are threatening, and the problems seem insurmountable, you need a superhero — which means you need Ozan Varol. He’ll show you how to master the cognitive skills of a rocket scientist. And by the time you finish reading his endlessly fascinating book, your thinking will be bigger, better, and bolder

Daniel H. Pink, betselling author of WHEN, DRIVE, and A WHOLE NEW MIND

You're smarter than you think. Ozan Varol makes a compelling case for each of us to level up and to contribute at a level we've talked ourselves out of

The rocket scientists I know are among the biggest dreamers the world has ever seen. Ozan Varol has written a fascinating, practical, and mind-expanding book about how we can all benefit from thinking like a rocket scientist. This book will help you make your own seemingly crazy moonshot a reality

Julian Guthrie, New York Times-bestselling author of HOW TO MAKE A SPACESHIP and ALPHA GIRLS