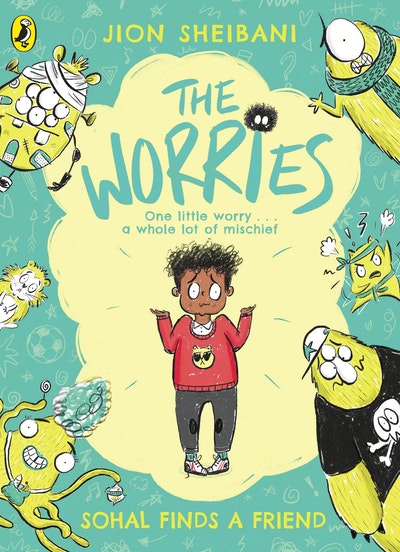 The Worries: Sohal Finds a Friend

The Truth Pixie meets Pixar's Inside Out in this hilarious, heartfelt and highly illustrated new young fiction series.

Everyone feels worried sometimes. But what if your worries came to life and started following you around? Sohal worries about a lot of things - the dark, mutant sheep, not having any friends - you name it, he worries about it. So one night he draws his worries to make himself feel better. They might feel like monsters in his head - but they look a lot less worrying drawn on a page . . .Imagine Sohal's surprise when he wakes up the next morning, and finds a set of fretful furry friends at the end of his bed! His worries have come to life, and it's not long before Hurt, Fail, Anger, Big and Alone have turned his world upside down. Now it's up to Sohal to work out how to manage his worries - and have lots of fun while he's doing it!

Jion Sheibani grew up in Brighton and now lives in Paris with her family. She is a self-taught illustrator and studied English literature at Oxford University. One of her very first jobs was as an intern to Green Party MP Caroline Lucas in the European Parliament, and working on green issues definitely influenced Jion's first picture book, Lily & The Polar Bears. Jion was a teacher at Sciences Po and ENSAE in Paris before opening her own language school for children.