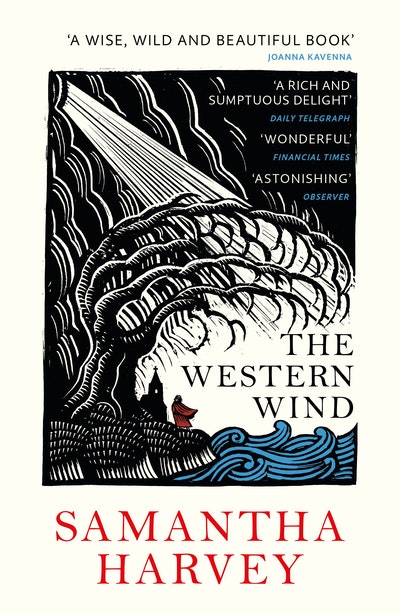 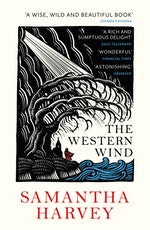 An ingenious medieval mystery with an unforgettable narrator, by one of the UK’s most acclaimed and daring writers.

**SHORTLISTED FOR THE WALTER SCOTT PRIZE 2019**

15th century Oakham, in Somerset; a tiny village cut off by a big river with no bridge. When a man is swept away by the river in the early hours of Shrove Saturday, an explanation has to be found: accident, suicide or murder? The village priest, John Reve, is privy to many secrets in his role as confessor. But will he be able to unravel what happened to the victim, Thomas Newman, the wealthiest, most capable and industrious man in the village? And what will happen if he can’t?

Moving back in time towards the moment of Thomas Newman’s death, the story is related by Reve – an extraordinary creation, a patient shepherd to his wayward flock, and a man with secrets of his own to keep. Through his eyes, and his indelible voice, Harvey creates a medieval world entirely tangible in its immediacy. 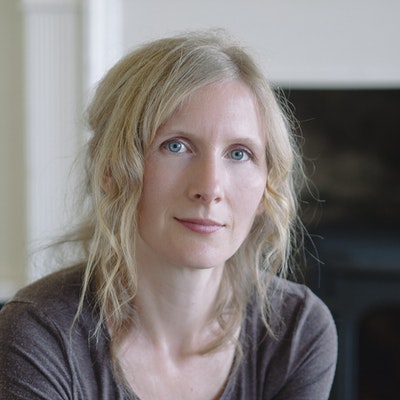 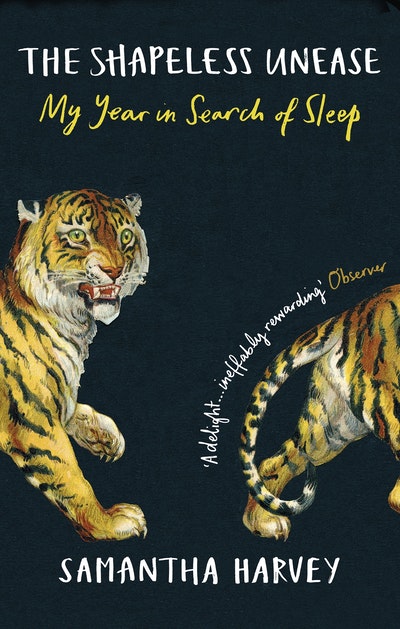 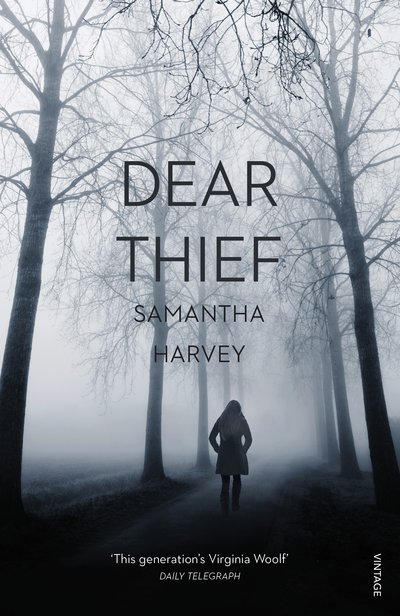 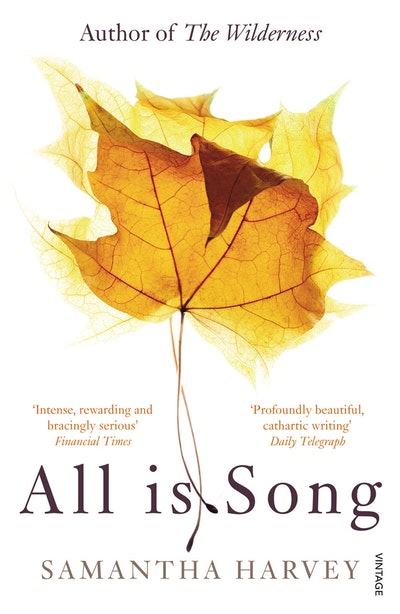 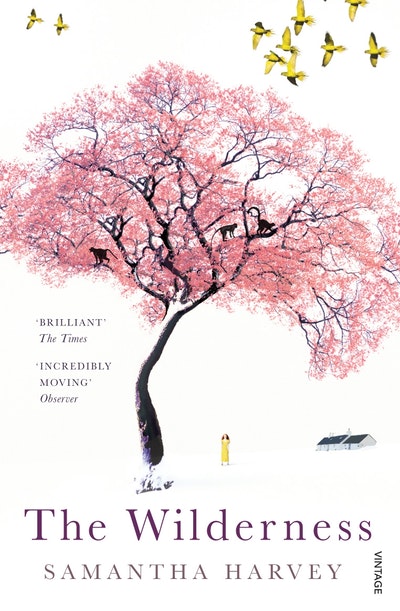 Praise for The Western Wind

“My Ancient Mariner novel, the book I’m destined to traipse around fervently pressing into people’s hands . . . [The Western Wind is a] breathtaking exploration of guilt, communal and individual, secrecy and power . . . It made me gasp, and when I’d finished it, I started it again.”

“A rich and sumptuous delight . . . Even the most glowing reviews of [Samantha Harvey's] work have tended to be accompanied by a rueful acknowledgement of how underrated she is. The Western Wind will surely mean that she’s not underrated anymore.”

“A wonderful creation . . . less like reading a novel and more akin to time travel — something I’ve only previously encountered in the work of Hilary Mantel.”

“So ingenious in its plotting and characterisation that it begs to be read twice – the second reading a confirmation of what is slowly, tantalisingly revealed in the first. *****”

“The Western Wind is an extraordinary, wise, wild and beautiful book – a thrilling mystery story and a lyrical enquiry into ideas of certainty and belief. Surprising, richly imagined, gloriously strange – the best kind of fiction.”

“Harvey is up there with the best writers working today. Here she makes the medieval world feel as relevant and pressing as tomorrow morning because - as always - she captures the immutable stuff of the human condition.”

“Set in the 1400s but never feeling dusty or distant, this astonishing book is at once a rollicking mystery and a profound meditation on faith and existence.”

“This is a real winner for lovers of intelligent historical fiction, a pleasure to read and original. If you like the idea of a contemplative medieval murder mystery, an apparently meandering tale that actually is always on point, this is for you. The Western Wind is beautifully alive with period detail and re-imagined rustic life. Yet, it feels very modern because the themes are universal and current. The world that Harvey has created is vivid, earthy, dark, mysterious, superstitious and wondrous. The story intelligent, well plotted, thought provoking and very human. The prose is silky, light and enveloping. All in all, a treat.”

“[Harvey’s] prose is as rich as ever, her structures clever and efficient . . . we daren’t put the book down … it’s a historical novel full of the liveliness and gristle of the period it depicts; an absorbing mystery with an unpredictable flurry of twists in its last few pages; a scarily nuanced examination of a long-term moral collapse; a beautifully conceived and entangled metaphor for Britain’s shifting relationships with Europe. But most of all it’s a deeply human novel of the grace to be found in people.”

“I always like Samantha Harvey’s writing and enjoyed the unexpected subject as well as the cold beauty of the writing in The Western Wind, set in a remote village in the fifteenth century . . . a finely crafted and unusual novel about suspicion, faith and hierarchy in a haunting setting.”

“Hats off to Samantha Harvey . . . an unusual and absorbing novel.”

“In this highly anticipated 15th-century murder mystery . . . Harvey is superb at conjuring up a community mired in backwardness. She has an eye for poetic, distinctive description, and there are plenty of memorable set pieces.”

“The truly extraordinary thing about this novel is the way Harvey recreates the mindset and beliefs of the medieval world, and makes the concerns of 500 years ago vivid and immediate.”

“Darkly atmospheric . . . Beautifully and evocatively written, clever in structure, and decidedly unusual . . . a novel that will surely feature on prize shortlists.”

“Comparisons with Jim Crace’s Harvest or Hilary Mantel’s Tudor novels stand . . . There is a feeling that [The Western Wind] could establish Harvey as a commercial, as well as literary, contender.”

“Harvey isn't afraid to end a chapter with a jolt of drama . . . As tension mounts towards the final (or first) act, it's hard not to be riveted.”

“The questions of faith and the purpose of humanity raised in this bold, impressive and lustrously written reimagining of a past world are as important as the solving of the crime.”

“Samantha Harvey’s brooding historical mystery The Western Wind . . . is rich in both local and historical detail; the novel powerfully conveys the murky atmosphere of Oakham . . . [Reve’s] moral path is as muddy as the tracks down to the river.”

“Blending human interest with ecclesiastical "realpolitik", this is a riveting portrait of a "community in the grip of secrecy.”

“This medieval whodunnit evokes the rural past with skill . . . shares common ground with Sarah Perry's The Essex Serpent and Andrew Michal Hurley's The Loney.”

“A peek behind the respectable curtain of village life, narrated by someone who has seen more than most… Reve’s voice develops into one of freshness and restrained lyricism.”

“Samantha Harvey's fourth novel is set in the 1400s but feels vivid and intimate.”

“In the end, the questions of faith and the purpose of humanity raised in this bold, impressive and lustrously written reimagining of a past world are as important as the solving of the crime.”

“A visceral sense of the smell and look of the medieval world has knowing echoes of Umberto Eco’s The Name of the Rose. Eco would also have admired the playfulness of the book’s shape… And Agatha Christie would recognise the cleverness of the reveal.”

“Harvey’s imagination, and her empathy for medieval Oakham, make this a convincing tale... [The Western Wind] beguile[s] the reader with numerous twists and turns.”

Catherine Pepinster, The Tablet **Novel of the Week**

“The Western Wind is an unexpected but triumphant foray into historical fiction… it is both an unconventional murder mystery and an unforgettable re-creation of 15th-century rural life.”

“[The Western Wind is] worth returning to... it's terrific. It's formally interesting, it's got a heart, it's well put together, it's great.”

“This is the novel of recent years that I have most frequently pressed on people; it is magnificent… It’s a cunning mystery – who is responsible for the death of the village’s benefactor? – and a profound exploration of faith, guilt and social cohesion. What elevates it is the quality of Harvey’s attention to the minuscule kinks and reflexes of human behaviour.”