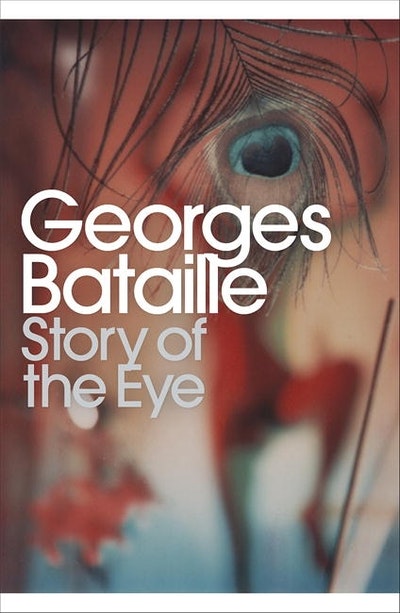 The Story Of The Eye

A masterpiece of transgressive, surrealist erotica, George Bataille's Story of the Eye was the Fifty Shades of Grey of its era. This Penguin Modern Classics edition is translated by Joachim Neugroschal, and published with essays by Susan Sontag and Roland Barthes.
Bataille's first novel, published under the pseudonym 'Lord Auch', is still his most notorious work. In this explicit pornographic fantasy, the young male narrator and his lovers Simone and Marcelle embark on a sexual quest involving sadism, torture, orgies, madness and defilement, culminating in a final act of transgression. Shocking and sacrilegious, Story of the Eye is the fullest expression of Bataille's obsession with the closeness of sex, violence and death. Yet it is also hallucinogenic in its power, and is one of the erotic classics of the twentieth century.
This edition also includes Susan Sontag's superb study of pornography as art, 'The Pornographic Imagination', as well as Roland Barthes' essay 'The Metaphor of the Eye'.
Georges Bataille (1897-1962), French essayist and novelist, was born in Billom, France. He converted to Catholicism, then later to Marxism, and was interested in psychoanalysis and mysticism, forming a secret society dedicated to glorifying human sacrifice. Leading a simple life as the curator of a municipal library, Bataille was involved on the fringes of Surrealism, founding the Surrealist magazine Documents in 1929, and editing the literary review Critique from 1946 until his death. Among his other works are the novels Blue of Noon (1957) and My Mother (1966), and the essays Eroticism (1957) and Literature and Evil (1957).
If you enjoyed Story of the Eye, you might like Anaïs Nin's Delta of Venus, also available in Penguin Modern Classics.
'His black masterpiece ... [a] brilliant, exquisitely fetishistic tale of sexual agitaion'
New Statesman