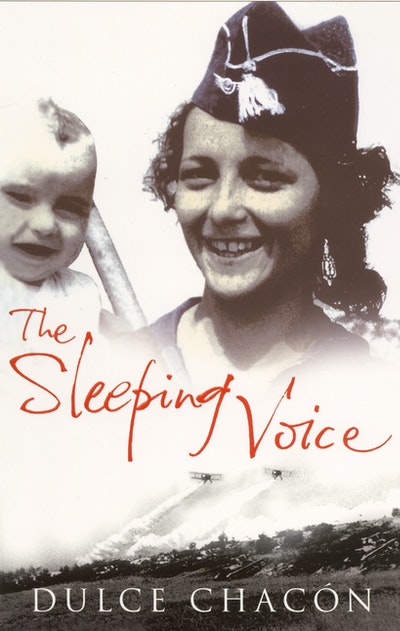 A novel based on the testimonies of hundreds of survivors that tells the previously untold story of the women who were on the losing side inthe Spanish Civil War.

It is 1939. In the Ventas prison in Madrid a group of women have been incarcerated. Their crime is to have supported or fought on the Republican side in Spain's devastating Civil War. Chief among them is Hortensia, who fought with the militia and is pregnant by her husband Felipe, a man still fighting against Franco's dictatorship. After giving birth to a baby girl, Hortensia is executed by a firing squad. Later on, her husband will also be shot during an ambush, andher sister Pepita becomes her niece's guardian. Intertwined with these events is the inspiring, romantic and infinitely moving love affair between Pepita and the leader of a guerrilla group, Paulino (alias Jaime). Spanning the years 1939-1963, and based on the lives of actual women survivors of the Spanish Civil War (the 'sleeping voice' of the title) who suffered death and imprisonment under the Franco regime, Dulce Chacón's bestselling novel is remarkable for its combination of dramatic intensity and historical authenticity.

Dulce Chacon was born in Zafra (Badajoz) in 1954. A prize-winning poet and novelist, her life was cut short by cancer just as The Sleeping Voice was establishing her reputation throughout Europe.

Praise for The Sleeping Voice

'Dulce Chacón's book has had an immense success in Spain, no doubtbecause the novelist speaks with a just and powerful voice, and becauseshe has allowed women - the most anonymous, the most suppressed, themost silenced - to speak out.' Martine Silber, Le Monde