Gulf of Sidra, off the coast of Libya

A board a Night Stalkers Special Operations MH-60M Black Hawk helicopter code-named Spear One, Navy chief Nick Zeppos of SEAL Team Six checks his watch. Five minutes ago, he and his crew departed from the USS Wasp amphibious assault ship outbound to their high-value target this deep dark night. If he and his crew — along with other SEAL fighters aboard a second Black Hawk helicopter, code-named Spear Two — are fortunate, they will track down and kill Asim Al-Asheed well before the sun rises.

Zeppos spares a quick glance at his team members, packed in tightly around him in two crowded rows. In the loud, vibrating helicopter’s interior, they’re mostly silent, some sipping from plastic water bottles, others leaning over, hands tightly clasped. Up forward, the Night Stalkers pilot and copilot from the famed 160th Special Operations Aviation Regiment Airborne are flying at low altitude, about ten meters above the choppy water, instruments glowing green and blue. Zeppos knows that every SEAL team member inside the dimly lit helicopter is going over the upcoming mission, thinking about their training, then clearing their minds for what’s ahead:

It’s been a long-range goal of the American intelligence agencies and military. Tonight, after four years of preparation, Zeppos hopes they will hit the jackpot.

SEAL teams and Special Forces have gone after terrorist leaders before — notably Osama bin Laden and Abu Bakr al-Baghdadi and their many deputies and allies, leaders who stayed in the shadows, issuing the orders, not getting their hands soiled beyond making grainy videotapes and flowery promises of death and revenge.

“We’re coming up on feet dry!” comes the call from the Night Stalkers crew chief, indicating that they’re about to cross over from the sea to the land of Libya, one fractured and squabbling nation, a perfect place to incubate or shelter terrorists like Al-Asheed.

But Al-Asheed is not like other leaders of terrorist organizations.

For the past several years, videos have appeared documenting his group’s actions, each showing Al-Asheed in the center of the bloody chaos, depending on a well-planned and well-hidden network of supporters who would only appear to assist him at the last moment and then disappear. Asim in a crowded shopping mall in Belgium, holding up a trigger device and calmly pressing the button, the hollow boom! echoing through the concourse, causing the camera to shake, but not enough to hide the billowing cloud of smoke, the screaming shoppers running by, blood trickling down their torn faces and fractured arms.

Asim walking down a street in Paris, cameraman following him, as he unlimbers an automatic rifle from under a long raincoat, shooting into crowds of pedestrians, aiming especially for the women and children, until a white van picks him up and drives him safely away.

Asim standing behind two sobbing female aid workers from the United Nations in the Sudanese desert, their legs and arms bound, as he calmly goes from one to the other, wielding a large sword and beheading both of them, their blood spattering his clothes.

Navy chief Zeppos stretches his legs, draws them back. Twice before he’s been on raids — once into Yemen and once into Iraq — where the intel indicated a good probability that Asim was there, but good wasn’t good enough. Both raids had come up empty, with no results except for wounded SEALs, shot-up helicopters, and frustration all around.

But Zeppos hopes that the third time will be the charm.

There are other video recordings too gruesome to be released to the public. A woman schoolteacher in Afghanistan, chained to a rock, doused with gasoline, and set afire. A village elder in Nigeria, held tight by men from Boko Haram, as Asim goes down a line of his family members, slitting their throats.

Zeppos spares a glance through the near porthole — he wants not to think of Boyd Tanner, whose cause of death is a closely kept secret among the Special Forces community — and sees the bright glow of light on the horizon marking the rapidly rebuilding port city and capital of Tripoli. The Chinese — in their program called the Belt and Road Initiative — have been pouring in development investments here and in other poor countries around the world.

Publicly, the Chinese government says it’s just a way for them, as a growing world power, to share their good fortune and knowledge. Privately, Zeppos and others have received classified briefings depicting the Chinese’s real goal: securing resources, allies, and possible future military bases so China can never again be isolated and humiliated as it so often has been in its long history.

The glow on the horizon fades away. Spear One and Spear Two are now over the rolling Libyan deserts where decades back the Germans and British desperately fought, and where their rusted-out tanks and trucks still remain in the unforgiving sands.

Before them, the Italians were once here, and now the Chinese, Zeppos thinks.

He starts to recheck his gear.

The crew boss comes back on the intercom.

“Chief, we’ve got incoming traffic for you,” he says.

Zeppos toggles his mic. “Who? JSOC?”

“No, Nick,” the aviator says. “Definitely not JSOC.”

Shit, he thinks. Who would dare bother him now?

“Patch it through,” he says, and there’s a crickle-crackle of static, and a very familiar voice comes through, one he’s heard scores of times over the radio and TV.

“Chief Zeppos?” the man’s voice says. “Matt Keating here. Sorry to bother you, I know you’re busy, you don’t need me to waste precious seconds. But I wanted to let you know that there’s nothing I’d want more than to be riding with you right now.”

“Ah, thank you, sir!” he says, raising his voice so the president can hear him.

Keating says, “I have full faith in you and your team that you’ll get the job done. No worries on this end. I’ve got your back. Now you squids body-bag that son of a bitch for the country, the SEALs, and especially for Boyd Tanner. Keating out.”

“Yes, sir,” Zeppos says, part of him in awe that the man would call him personally, part of him touched by his sincere words, and yet, he hates to admit to himself, Zeppos is pissed off that he’d call right now, in the middle of an op!

Shit, he thinks. Politics sure can screw up a man. Then he cuts the president some slack. Keating had been one of them. And he knew about Boyd Tanner.

Only a few were supposed to know how he died, and it was not, as his grieving wife and kids were told, in a training accident.

Captured last year after a brutal firefight in Afghanistan, wounded and barely alive. Asim Al-Asheed and his fighters had stripped Boyd Tanner of his gear, his clothes, and taken him to a courtyard, recording it all the while.

Whereupon Asim — using a hammer and spikes — had crucified the Navy warrior on a gnarled tree. The video captured the agonizing hour that Tanner hung there before the captors grew bored and slit his throat.

A couple of guys down the length of the Black Hawk are laughing. Zeppos leans over, sees one of his crew — Kowalski — holding up what looks like a wooden spear with a metal tip.

Zeppos calls out, “What the hell is that thing for?”

Kowalski laughs and flourishes the spear. “Asim Al-Asheed,” he yells out. “Once we ID his remains, we should take his head off, put it on this pike, and bring it back to the Oval Office! Don’t you think the president will love that?”

More laughter, and Zeppos settles back into the uncomfortable seat, grinning.

It’s a good night for him and his fellow warriors to avenge the deaths of so many innocents, and to finally come face-to-face with Asim Al-Asheed, give him a few seconds to recognize who’s before him, and then put two taps in his chest and one in his forehead.

This darkened Black Hawk helicopter and its shadowy companion speed into the night.

James Patterson and Bill Clinton - the 'dream team' (Lee Child) - return with a thriller even more compelling than global number one bestseller The President is Missing. 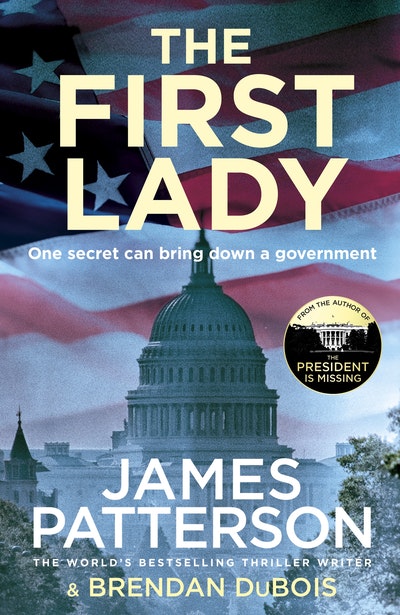 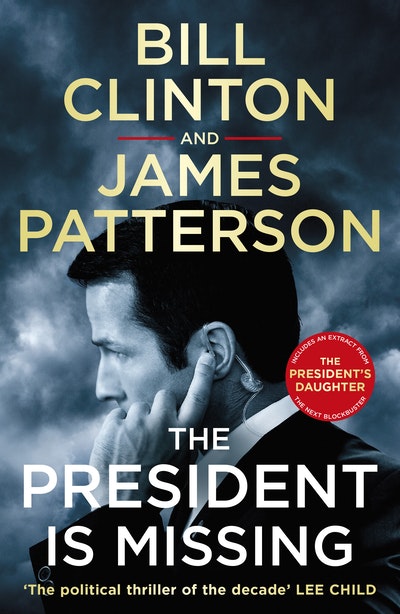 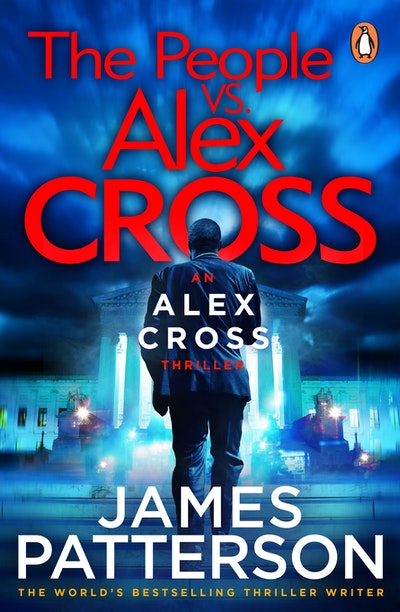 From inside a rambling white Colonial home on a shaded street that smelled of blooming wildflowers, a woman called in a pleasant Southern accent