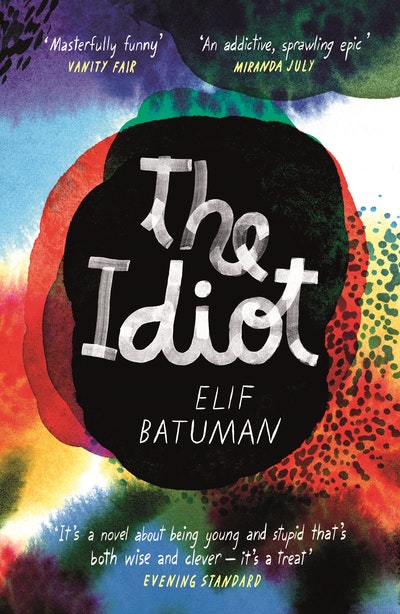 The ingenious, hilarious new novel from award-winning writer Elif Batuman - 'It's a novel about being young and stupid that's both wise and clever - and it's a treat' Evening Standard

'A moving, continent-hopping coming-of-age story' Observer
**SHORTLISTED FOR THE WOMEN'S PRIZE FOR FICTION 2018**

Selin, a tall, highly strung Turkish-American from New Jersey turns up at Harvard and finds herself dangerously overwhelmed by the challenges and possibilities of adulthood. She studies linguistics and literature, and spends a lot of time thinking about what language - and languages - can and cannot do. Along the way, she befriends Svetlana, a cosmopolitan Serb, and obsesses over Ivan, a mathematician from Hungary.

Selin ponders profound questions about how culture and language shape who we are, how difficult it is to be a failed writer, and how baffling love is. At once clever and clueless, Batuman's heroine shows us with perfect hilarity and soulful inquisitiveness just how messy it can be to forge a self.

'I loved it and could have read a thousand more pages of it' Emma Cline, author of The Girls

Elif Batuman has been a staff writer at the New Yorker since 2010. She is the author of The Possessed: Adventures with Russian Books and the People Who Read Them. The recipient of a Whiting Writers' Award, a Rona Jaffe Foundation Writers' Award, and a Paris Review Terry Southern Prize for Humor, she also holds a PhD in comparative literature from Stanford University. 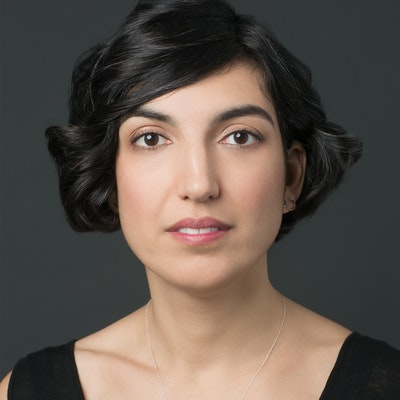 Praise for The Idiot

I loved it and could have read a thousand more pages of it. It presented this almost moment-by-moment experience of life, in a way that I just felt Batuman had so much control. There’s so much wit and pleasure in her writing you feel very comfortable being in the world she’s created.

Emma Cline, author of THE GIRLS

Elif Batuman is a writer whose byline creates a flutter of anticipation… If a dominant mode of her generation is knowing introspection, she writes with a bewildered outrospection that delights in the bathetic and the absurd… It’s a novel about being young and stupid that’s both wise and clever — and it’s a treat.

Elif Batuman surely has one of the best senses of humour in American letters. The pleasure she takes in observing the eccentricities of each of her characters makes for a really refreshing and unique bildungsroman; one more fascinated with what's going on around and outside the bewildered protagonist, than what s going on inside her.

Sheila Heti, author of HOW SHOULD A PERSON BE? and TICKNOR

Each paragraph is a small anthology of well-made observations… Batuman has a rich sense of the details of human attachment and lust.

Beautifully written... a wry, funny coming-of-age story set at the dawn of email among a group of Harvard brainiacs too nerdy and self-involved to even think about sex, drugs and drinking.

[A] masterfully funny debut novel… Erudite but never pretentious, The Idiot will make you crave more books by Batuman.

Not since Don Quixote has a quest for love gone so hilariously and poignantly awry. In spare, unforgettable prose, Batuman the traveller (to Harvard, to mysterious Hungary) recreates for the reader the psychic state of being a child entering language. We marvel and tremble with her at the impossibility and mysterious necessity for human connection that both makes life worthwhile and yet so often strands us all in torment. This book is a bold, unforgettable, un-put-downable read by a new master stylist. Best novel I've read in years.

Mary Karr, author of THE ART OF MEMOIR and IT CHOOSES YOU

Often wonderful, frequently hilarious… full of zingy one-liners and arch, deflationary observations about the absurdities of academia and adolescence…

I'm not Turkish, I don't have a Serbian best friend, I'm not in love with a Hungarian, I don't go to Harvard. Or do I? For one wonderful week, I got to be this worldly and brilliant, this young and clumsy and in love. The Idiot is a hilariously mundane immersion into a world that has never before received the 19th Century Novel treatment. An addictive, sprawling epic; I wolfed it down.

Miranda July, author of THE FIRST BAD MAN and IT CHOOSES YOU

Selin is entrancing – so smart, so clueless, so funny – and Batuman’s exceptional discernment, comedic brilliance, and soulful inquisitiveness generate a charmingly incisive and resonant tale of the messy forging of a self.

Elif Batuman's novel not only captures the storms and mysteries and comedies of youth but, in its wonderfully sensitive portrait of a young woman adventuring across languages and cultures, it brilliantly draws to our attention a modern politics of friendship. This is a remarkable book.

Joseph O'Neill, author of THE DOG and NETHERLAND

Rambling, ramshackle, erudite; full of careless charm… Her jokes are one of this book’s great joys.

There are very few things in life that are better than finding a novel that takes you somewhere you’ve never been, and reveals a world that you know nothing about: and that’s what lives at the heart of The Idiot. Fresh, fascinating and filled with details that are impossibly foreign and intricately fascinating, it’s a must-read for everyone looking to step outside their own lives for a little while and learn something about the experience of someone else coming into their own in such a difficult world.

Batuman’s brainy novel is leavened with humor and a heroine incapable of artifice.

The Idiot is a baffling, if brilliant, first novel.

The Idiot is an affectionate portrait of first love in all its bumbling haplessness, and a playful celebration of the power and limitations of language.

Very funny indeed. The Idiot is the richly observant story of [Selin's] unique and eccentric coming of age.

Generously capacious… The triumph of Batuman’s book is to make this period of youth matter.

You know when you love someone but they don’t love you back?... It’s a feeling so expertly drawn in The Idiot that you may well start to get flashbacks of your own unrequited tristes… The Idiot is beautiful in every passage, in every turn of the phrase, and full of wry observations that make you feel as if you’ve never really seen the world.

Batuman captures the amplified, airless banality of the 1990s with flip sentences… Light-hearted but of high quality, it falls into the loafing abroad, goofing and self-knowing genre.

The whole novel is full of hilarious, brilliant observations about writing, life and crushes.

One of the funniest and most inventive youngish writers of non-fiction in America… Selin’s meandering observations and gentle humour make her an engaging narrator… Batuman examines complex subjects with an appealing lightness of touch… The scene when Selin leaves the Hungarian village is surprisingly moving and encapsulates the overall effect of a novel which reminds us that dead time can be full of life.

Sweetly funny, The Idiot rejects the doctrine of omitting needless words in favour of marvelling…at the complexities of language and communication.

Charming… A gentle coming-of-age novel drawing on Batuman’s time at Harvard in the mid-1990s… It’s in such acute portrayals of early adulthood’s uncertainties that this pleasantly rambling tale leaves its most vivid impression.

There is more than one idiot in this delightful and slyly funny coming-of-age novel... Will strike a chord for any former fresher who felt the same way. (That would be all of us.)

Batuman, in seemingly writing a novel about nothing, has produced an incredibly complex, accurate and funny novel.

I never want to finish it, so I’m reading it very slowly.

Every page is thicketed with jokes, riffs, theories of language. It’s a portrait of an intellectual and sentimental education that offers almost unseemly pleasure.

Elif Batuman is a real writer, and should be allowed to write whatever the hell she likes.

This is a capacious book that creates an alternative world

At once clever and clueless, Batuman’s heroine shows us with just how messy it can be to forge a self