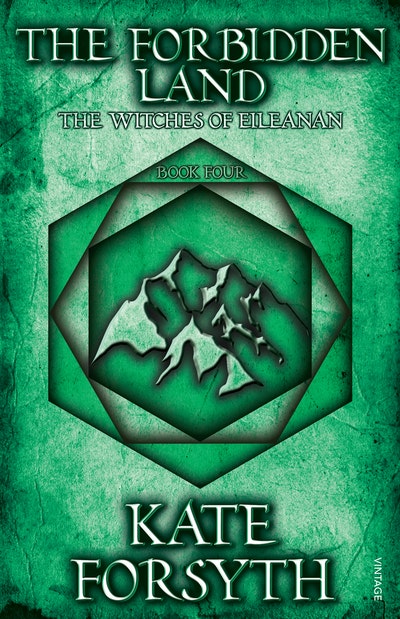 Book 4, The Witches of Eileanan

The Witches of Eileanan: Book 4. The Forbidden Land, another gripping instalment in this pacy series.

The Witches of Eileanan: Book 4. The Forbidden Land, another gripping instalment in this pacy series.

Finn the Cat is bored with life as a banprionnsa. Nothing much ever seems to happen at Castle Rurach, and she's always getting into trouble for climbing trees, playing with the stable-lads and smoking her pipe, instead of sewing a fine seam like a banprionnsa should. To make things worse, her cousin Brangaine has come to live with them and is everything a banprionnsa should be - beautiful, gracious, and always perfectly behaved.

Luckily for Brangaine, a caravan of jongleurs arrive at Castle Rurach to break the monotony before Finn does so - with her fists! But this is no ordinary caravan. Led by Dide the Juggler, the jongleurs - including Enit Silverthroat, Dillon the Bold and Jay the Fiddler - have come on behalf of the Rìgh. Once again it seems that Lachlan the Winged has particular need of someone with Finn's peculiar abilities…

Finn, desperate for adventure, eagerly takes up the Righ's exciting commission and joins the expedition. Their objective: to help Elfrida NicHilde, the deposed banprionnsa of Tìrsoilleir, win back her crown. Their first task: to recapture the prophet, Killian the Listener, imprisoned in the Black Tower by the corrupt and cruel Tirsoilleirean General Assembly. They have the perfect cover - who would ever suspect this raggle-taggle band of espionage and kidnapping - this'll be loads of fun, thinks Finn. Until she realises she'll be sharing this adventure with her stuck-up cousin Brangaine.

It is not long before Brangaine becomes the very least of Finn's worries. Setting out on this clandestine journey that will take them beyond the Great Divide and into the Forbidden Land, the companions must face dangers that will test their courage and resolve to breaking point ... and beyond. On their quest, this small party will brave their most fierce enemies in war-torn Eileanan: Fairgean warriors, the Bright Soldiers, and a colony of deadly Nyx among them. And they will be thwarted by unexpected betrayals, shipwreck, illness and exhaustion, and for Finn, a terrible enemy within.

How can these castaways possibly continue their quest when they can barely keep themselves alive? How are they to get a message through to Lachlan to tell him of their fate and the dangers ahead when they are so securely trapped? But somehow they must or their quest will fail and the war against the Tirsoilleirean will be lost. Finn holds their last hope but, gripped within an evil spell - an insidious magic that has been seeping through her all these years - she is powerless to act. She must look into the very depths of her soul to battle the dark magic and if she can break this spell she will not only free herself but reclaim her chance to secure the freedom and peace of all Eileanan. And along the way she might just discover too that her prissy cousin Brangaine is not such a wimp afterall...

The Forbidden Land is an intensely rivetting adventure that will take you on an unforgettable journey, a magical ride through another chapter of Eileanan's rich and turbulent history.

THE WITCHES OF EILEANAN SERIES
Book 1: Dragonclaw
Book 2 The Pool of Two Moons
Book 3: The Cursed Towers
Book 4: The Forbidden Land
Book 5: The Skull of the World
Book 6: The Fathomless Caves