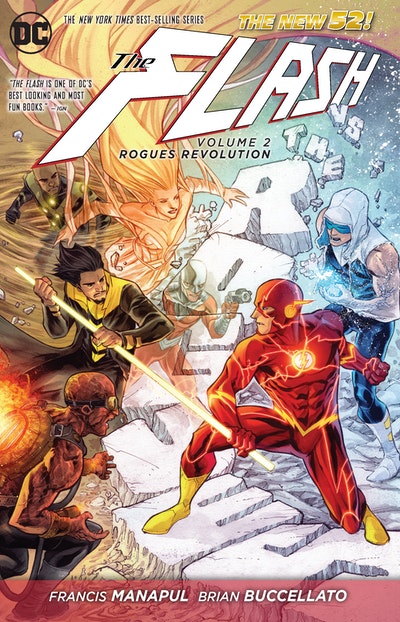 Struck by a bolt of lightning and doused in chemicals, Central City Police scientist Barry Allen was transformed into the fastest man alive. Tapping into the energy field called The Speed Force, he applies a tenacious sense of justice to protect an serve the world as The Flash!

The Flash's Rogue's Gallery are back--but they are more powerful than ever and they're each looking to take down the Fastest Man Alive! Who is behind their sudden organization and why are they also after their former leader, Captain Cold? The Flash must think fast if he can outrun and survive their attack!

Praise for The Flash Vol. 2 Rogues Revolution (The New 52)

Praise for Manapul's The Flash:

"Showcases the Flash's likability and almost a hint of goofiness ... a lot of potential for greatness."—USA Today

"A visual treat.... Any reader can easily jump on board."—The New York Times

"The Flash will be one of the runaway hits of this reboot—and could eventually become one of the great runs of American superhero comics."—Time Out Chicago