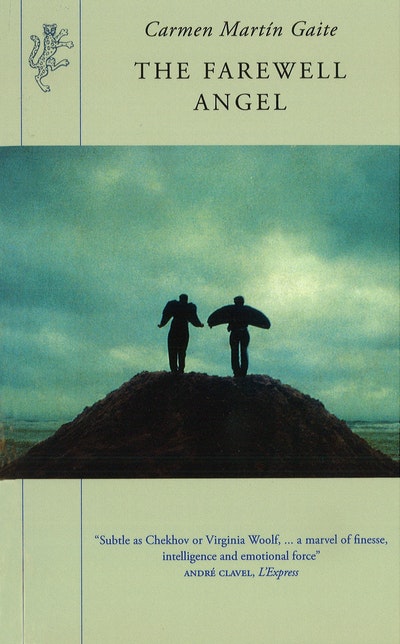 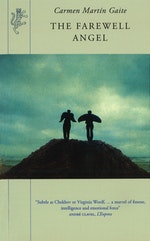 "A Proustian journey into the interior, a dazzling psychodrama and, arguably, one of the best novels out of Spain in recent decades" Kirkus Reviews

"A Proustian journey into the interior, a dazzling psychodrama and, arguably, one of the best novels out of Spain in recent decades" Kirkus Reviews

On the day he is released from prison in Madrid, Leonardo learns of his parents' death in a car crash. He returns to their empty town house, a rich young man now, but with a life to reconstruct out of fragments. At first all he wants is to be atone to took over books, diaries, and old photographs, the mute witnesses to his own childhood and his parents' wretched marriage. But in time he concentrates on the Quinta Blanca, the white house by the cuff edge where his grandmother used to nourish him on stories, especially Hans Christian Andersen's "The Snow Queen".

When Leonardo revisits this childhood home at Christmas as the guest of its new owner, Casilda, he, too, has the sliver of ice removed from his heart by the one woman capable of doing so, and his own redemption is at hand.

The Farewell Angel is about storytelling, about the determining power of stories to harm and to heat. Centered around a lighthouse and the sea-washed rocks beneath it, this haunting novel is a triumph of subtle narrative by the prize-winning author of Variable Cloud.

Carmen Mart-n Gaite (1925 - 2000) was one of Spain's most distinguished novelists. Her novels Variable Cloud and The Fallen Angel were both published by Harvill. 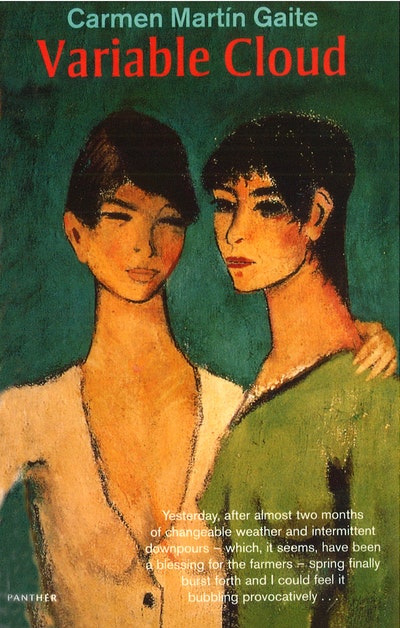 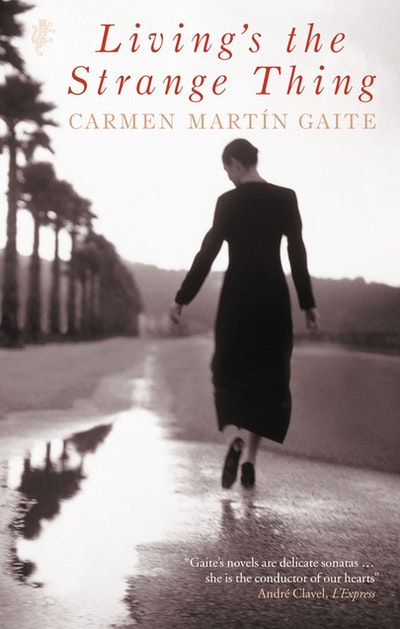 Praise for The Farewell Angel

“This remarkably intricate 1994 novel by the veteran Spanish author (of, most recently, Variable Cloud, 1996) won her country's National Prize for Literature. It reveals, through a series of skillfully juxtaposed overlapping scenes (set both in the present and in a painstakingly remembered past), the ongoing ordeal of Leonardo Villalba, recently released from prison (for his complicity in an unspecified scandal) and now compelled to explore both the mystery of his wealthy parents deaths in an automobile accident and the enigma of his own detached, affectless personality. The key to these secrets is Hans Christian Andersen's tale The Snow Queen, which bears crucial symbolic relevance to Leonardo's emotional opacity, the imperious grandmother who essentially raised him, and the strange new owner of Quinta Blanca, the clifftop house where the seeds of Leonardo's compromised manhood were sown. A Proustian journey into the interior, a dazzling psychodrama and, arguably, one of the best novels out of Spain in recent decades.”

“Blurring the boundaries between real life and a dream, this richly imagined, meticulously crafted tale by Spanish novelist Gaite (Variable Cloud) borrows from a fairy tale to redeem a young man's past. Moments after his release from prison in the 1970s (he was arrested for involvement in a "shady deal"), Leonardo Villalba, a restlessly ruminative but despondent soul, learns of the death of his financier father and icily distant mother in an automobile accident. He arrives home in Madrid like the prodigal son and, unable to grieve, embarks on a vertiginous journey to reclaim his emotions. Revisiting Hans Christian Andersen's The Snow Queen, which his grandmother often read to him as a child, Leonardo imagines himself as Kay, the fabled young boy who grows estranged from his best friend, Gerda, after a splinter of glass enters his eye and turns his heart cold. Consumed by his own riddle of identity and committed to piecing together a plausible narrative of his life, Leonardo conjures the specters of his father and his beloved grandmother, whose visitations turn his attention to the Quinta Blanca, his grandmother's large seaside home where he spent much of his childhood. Startled by his failure to remember that he sold the Quinta Blanca to a reclusive writer soon after inheriting it from his grandmother, the somnambulant Leonardo resolves to buy it back. While studying correspondence stored in his father's safe, he discovers a likeness between the serendipitously procured essays of Casilda Iriarte, the Quinta Blanca's current owner, and letters from the mysterious "Sila." Beyond confirming his suspicion that the "lady of the Quinta Blanca" and Sila are one, a Christmas visit to the Quinta Blanca dislodges Leonardo's splinter of glass, reveals the secret between his father and the lady of the Quinta Blanca and renders Leonardo twice orphaned. By the sheer force of her prose in this liquid translation, Gaite delivers an engrossing tale inhabited by deeply human characters and passionate landscapes. The novel glistens with intelligence and heart. The Farewell Angel was awarded the Spanish National Prize for Literature in 1994.”