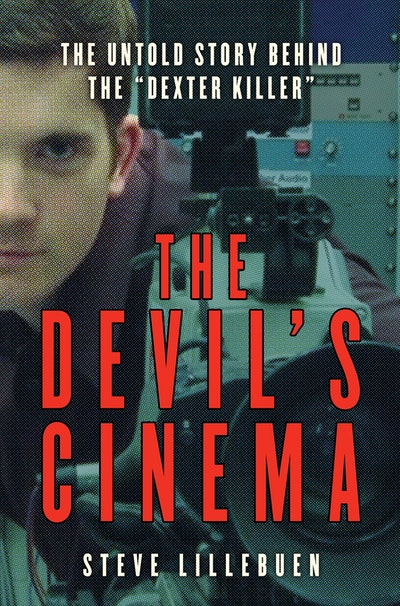 Combining sharp journalistic insight, meticulous research, and a powerfully gripping narrative, The Devil's Cinema is the definitive account of the notorious 'Dexter Killer', a case and trial that captured the world's attention.

On the night of October 10, 2008, Johnny Altinger, 38 and single, was heading to his first date with a woman he had met online. Soon after, Johnny's friends received strange emails and computer messages from him, boasting of his new girlfriend and her plans to treat him to an extended tropical holiday. 'I've got a one way ticket to heaven,' he wrote, 'and I'm never coming back.' He was never seen again.

Two weeks earlier, aspiring filmmaker Mark Twitchell, a young father with a devotion to the television series Dexter, began a three-day shoot for his latest short film. His horror story featured a serial killer who impersonates women on an online dating site to lure unsuspecting men to his suburban kill room. But was his script actually the blueprint for a real-life murder? And what of Twitchell's other writings, including the elaborate and shocking document titled S.K. Confessions? Was it a diary detailing his dark transformation into a would-be serial killer?

Combining sharp journalistic insight, meticulous research, and a powerfully gripping narrative, The Devil's Cinema is the definitive account of the notorious 'Dexter Killer,' a case and trial that captured the world's attention.

Steve Lillebuen takes us deep into the extraordinary police investigation and the lives of everyone involved, while unveiling never-before-revealed details, all drawn from extensive and exclusive interviews – including months of contact with the killer himself.

Moving from the police station to the courtroom, from the surface calm of suburbia to the surreal glamour of Hollywood, The Devil's Cinema is a compelling, multi-faceted story of dangerous obsessions pushed to extremes.

Steve Lillebuen is an experienced crime reporter whose work has been published in a wide range of respected media, including the Edmonton Journal, the Globe and Mail, the Toronto Star, the National Post, and the Sydney Morning Herald, and around the world through The Associated Press and its related agencies. He currently divides his time between Canada and Australia.