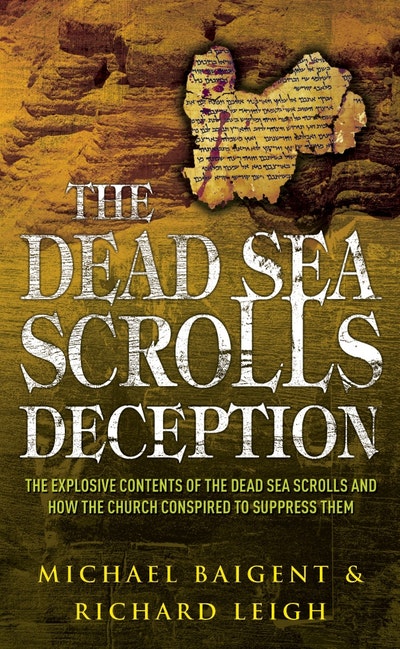 A thrilling revelatory account of the Church's conspiracy to suppress thre true contents of The Dead Sea Scrolls: the documents that could change the entire truth behind modern Christianity.

The Dead Sea Scrolls were found in caves 20 miles east of Jerusalem in 1947 and 1956. Now Michael Baigent and Richard Leigh, co-authors of The Holy Blood and the Holy Grail, have succeeded in uncovering what has been described as 'the academic scandal par excellence of the twentieth century': the story of how and why up to 75 per cent of the eight hundred ancient Hebrew and Aramaic manuscripts, hidden for some nineteen centuries, have, until very recently, remained concealed from the rest of the world. Through interviews, historical analysis and a close study of both published and unpublished scroll material, the authors are able to reveal the true cause of the bitter struggle between scholars, for these documents disclose nothing less than a new account of the origins of Christianity and an alternative and highly significant version of the New Testament.

if it succeeds in advancing the publication of material from Qumran, it will have achieved genuine good

A sensational story ... this scandal has gone on for far too long

The damning evidence is all here and it looks pretty conclusive