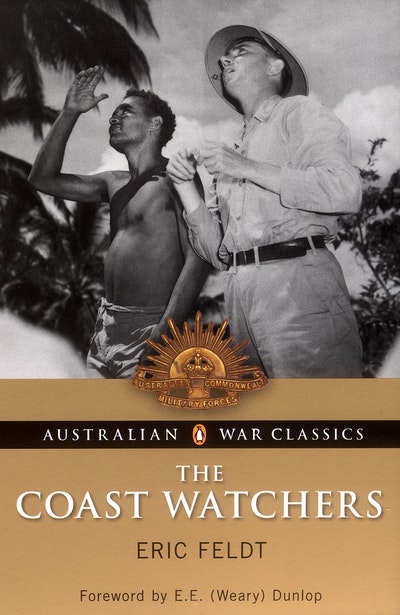 After Pearl harbour was bombed in 1941 the war in the Pacific gained momentum; Japanese troops began to move relentlessly south, towards Australia. Determined to provide an information network along the vulnerable coastlines of Northern Australia and the islands to the north, the Australian Navy developed the Coast Watching Organisation. Many of the Coast Watchers worked voluntarily behind enemy lines, isolated and ill-equipped. Yet their radioed reports gave the Allies a decisive advantage in some of the most crucial battles of the war, including the famed battle of Guadalcanal. The Coast Watchers is a fascinating record of initiative and loyalty. Eric Feldt, commander in charge of the Coast Watchers, writes with authority, meticulously documenting the intelligence strategies as well as the personal suffering and courage of these brave men.