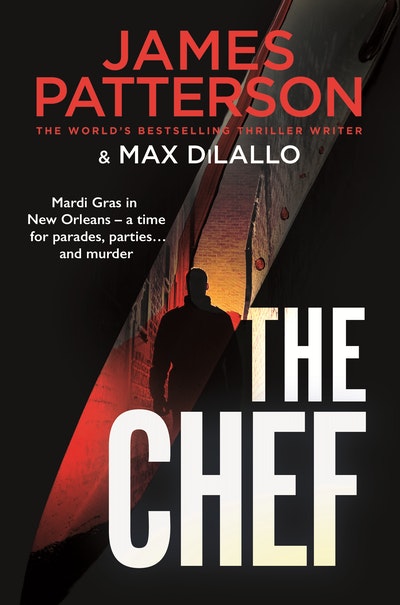 Marlene is standing a few feet away from me, yelling out the next order because of the damn noise. Like the clanging of the manhole-sized skillet I’m using to sauté a fresh heap of diced onions, celery, and bell peppers. The popping and crackling of our deep fryer, louder than hail on a tin roof. The roar of the exhaust fan, straining to suck out all the smoke.

And that’s just inside our sweltering little food truck.

Outside, a line of hungry customers stretching twice around the block is starting to get rowdy, yelling out encouragement and menu demands. Midday traffic with its engines and horns is rumbling up and down Canal Street, along with rattling trolley cars. And seemingly out of nowhere, a five-person roving brass jazz band has appeared on the corner, blaring a toe-tapping tune, causing some in line to snap photos with their phones to preserve yet another memory of their trip to this enchanted place.

A collision of food, music, history, passion, chaos . . . yep, that pretty much sums up New Orleans for you. “Nawlins,” as us locals say it. NOLA. The Crescent City. The Big Easy. Different names for the same magical, one-of-a-kind place. My hometown of three-and-a-half decades. The capital of the world, as far as I’m concerned. A city where anything can happen, and nothing is ever as it seems.

Other times—and I refuse to go there at the moment—it’s a bad thing.

“Two scoops, three waddles, one shake!” I call back to Marlene, parroting the culinary shorthand we’ve developed running Killer Chef together these past few years. The work is grueling.

Endless. Exhausting. But I love every second of it, doing something so simple yet so satisfying, providing great food at good prices to hungry and eager customers.

And with Marlene, I couldn’t imagine having a better partner in crime, even though we’ve been divorced for years.

From the stack of empty paper serving boats beside me, I take six and fan them out along my prep space like a poker dealer flicking cards. From a plastic baggie sticking out of my back pocket, I grab an organic green jalapeño chili pepper and pop it into my mouth for a spicy pick-me-up. It’s an unusual habit, I know, but better than a lot of other chefs’ vices—trust me. Then I get to work.

I start with the “scoops.” I fill two paper boats with mounds of fresh, piping-hot cheese grits. I top each with a healthy—well, unhealthy—dollop of softened butter, followed by a huge scoop of grillades. That’s a thick, fragrant Cajun stew made with seared veal medallions, onions, garlic, beef broth, and red wine.

Next come the “waddles.” Into three serving boats go generous portions of “dirty rice,” the grains the color of caramel, thanks to the spiced chicken giblets they’re cooked with. Then, from the sizzling griddle in front of me, I add to each one a gator boudin, a succulent smoked sausage made with the meat of that legendary bayou predator. (The first time I ever cooked one for Marlene, years back, she said it tasted so fresh and juicy, she half-expected it to waddle off her plate. The name stuck.)

Last, I make the “shake.” I dump a batch of twisted strips of raw dough into the metal deep-fryer basket, then plunge them into the scalding vat of oil. Once they’re golden brown and perfectly flaky, I slide them into a serving boat and dust them with precisely six shakes of powdered sugar. Most New Orleans joints

serve beignets, a similar, more common regional pastry. But I’ve always preferred these, known as angel wings. And I’ve never been one to follow the crowd, either here or in my other career.

“Order up!” I cry, sliding the six steaming paper boats over to Marlene.

She grabs them without looking, bundling each with napkins and plastic cutlery. Then she hands them down through the service window to a gaggle of attractive women, already tipsy despite the early hour, each wearing a bright sash over their shoulders and tiaras in their hair. A bachelorette party, if I had to guess, which is about as common in this city as air.

“Thanks, Killer Chef,” one of the ladies says to me, twirling her colorful beaded necklaces around her finger. She adds with a coy giggle, “It sure looks . . .yummy.”

Most of our customers come to us for the incredible food. Can I help it if a few also want to flirt? And truth is, all sweaty, covered with food stains and smelling of cooking oil, I love the attention.

But before I can respond, Marlene answers for me—with a blatant eye roll.

“Oh, honey,” she says, her voice dripping with experience and sarcasm. “Don’t let Caleb’s two hundred pounds of hunkiness fool you. That man’s a lot like the sun. Plenty hot when he shines on you, but try to get close and he’ll burn you to a crisp. Believe me. I know.”

Good old Marlene. Opening this truck with her was one of the best decisions I ever made. But walking down the aisle with her? Eh, not so much.

I’m just about to tell these gals how my ex-wife is a lot like a lemon—sweet-looking but truly bitter—when something outside catches my eye.

And chills me, despite the sweltering heat inside my truck.

Down the block, four white boys in their mid-twenties are leaning against the hood of a black SUV, a Ford Explorer with new, shiny chrome rims. They’re passing around a bottle of liquor in a paper bag. Whispering among themselves. Watching the traffic go by. Watching the morning tourists stroll past.

But most of all, watching me.

They’re part of the Franklin Avenue Soldiers, an up-andcoming crew based out of the St. Roch neighborhood, a good four miles from here. I wasn’t expecting to see any of them this far from their turf. In fact, I was hoping that working this busy brunch shift would distract me, would help keep all that bullshit out of my brain for a few hours.

I should have known they’d find me.

“Hey, fall asleep at the stove again?” Marlene barks, jolting me back to reality. “I need four waddles, two shakes, and three scoops!”

And so goes the rest of our morning. I try to stay focused on cooking our food. On pleasing our customers. On flashing a devilish grin at the pretty ones. But every time I glance through the service window, those gangbangers are still out there. Glaring at me. Waiting for me to make my next move. Waiting for me to step out and away from all these potential witnesses lined up at my truck.

“And that’s the last of ’em,” Marlene finally says long minutes later, as the last two happy customers stroll away, leaving the sidewalk clear before us. She wipes her hands on her apron. It’s stained with so many different colors, it looks like some kind of abstract painting.

I’ve already untied my own apron—and stripped off my sweaty black T-shirt with the Killer Chef logo as well. I wet a clean towel with cold water and rub down my chest, belly, and arms, trying to get most of the sweat off. I reach for a black duffel bag in the corner of the truck. I unzip it and start rummaging inside. Marlene clicks her tongue, annoyed.

“You’re really not gonna stick around and help me prep for lunch, huh? Slacker.”

“Trust me, Mar, I’d much rather keep slaving away over a hot stove than get dragged over the hot coals that are waiting for me down the way,” I say, taking out a stick of deodorant that I liberally apply to each underarm. “Even if it means listening to you yammer on while I do it.”

My ex-wife snickers. We’re just busting each other’s chops. The truth is, I would rather do just about anything right now over what I’m about to. And she knows it, too.

“Caleb,” she says softly, putting her hand on my bare chest. “Good luck.”

“Thanks,” I answer. Then I remove from the duffel bag a folded blue dress shirt, along with a plastic ID card dangling from a cloth lanyard.

But currently, they’re not in my possession.

I slip on the collared shirt, stuff my ID into my pocket, then look one more time through the service window at those gangbangers.

To my surprise, they’re gone.

I should be relieved, but I’m not.

I know at the time and place of their choosing, they’ll be back.

And they won’t be lining up for my famous food. 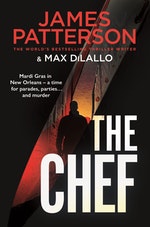 Detective turned chef Caleb Rooney believes he's uncovered a terrorist plot that could destroy his city. But before he can track down the suspects, Caleb must clear his own name.