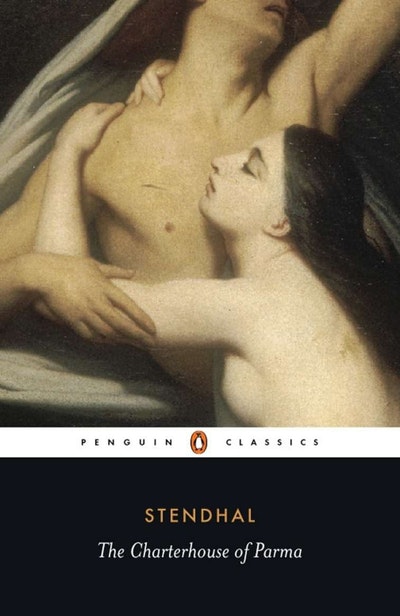 The Charterhouse of Parma

A new translation of Stendhal's masterpiece chronicling the fortunes of Febrice del Dongo at an Italian court in post-Napoleonic France.

Headstrong and naïve, the young Italian aristocrat Fabrizio del Dongo is determined to defy the wrath of his right-wing father and go to war to fight for Napoleon. He stumbles on the Battle of Waterloo, ill-prepared, yet filled with enthusiasm for war and glory. Finally heeding advice, Fabrizio sneaks back to Milan, only to become embroiled in a series of amorous exploits, fuelled by his impetuous nature and the political chicanery of his aunt Gina and her wily lover. Judged by Balzac to be the most important French novel of its time, The Charterhouse of Parma is a compelling novel of extravagance and daring, blending the intrigues of the Italian court with the romance and excitement of youth.