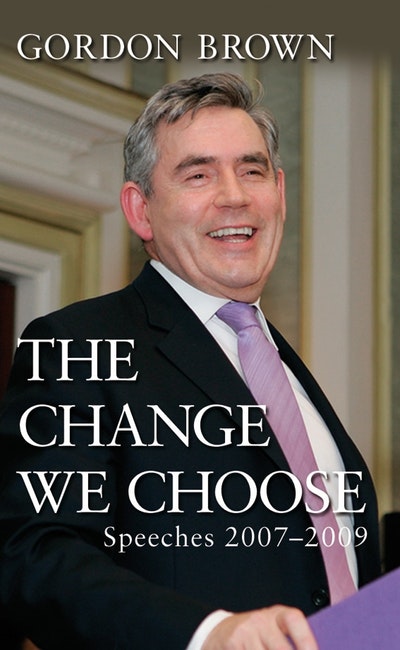 The Change We Choose

The Change We Choose: Speeches 2007-2009 brings together the key speeches made by Gordon Brown during the first two and a half years of his premiership. It reflects how the values and beliefs that have defined his political career have shaped his response to what have been arguably some of the greatest challenges ever to have faced a new prime minister.

The speeches in this book trace what will be seen by historians as an extraordinary era in British and international history. We can learn a lot about his premiership by looking at the Prime Minister's penetrating and insightful speeches in this period, as he sets out his thinking on domestic and foreign policy and responds to the events that have shaped his time in office.

We also learn much about Gordon Brown, the man, from the insights of those who have kindly agreed to contribute introductions - and from the person who knows him best of all: his wife, Sarah, who introduced his party conference speeches.