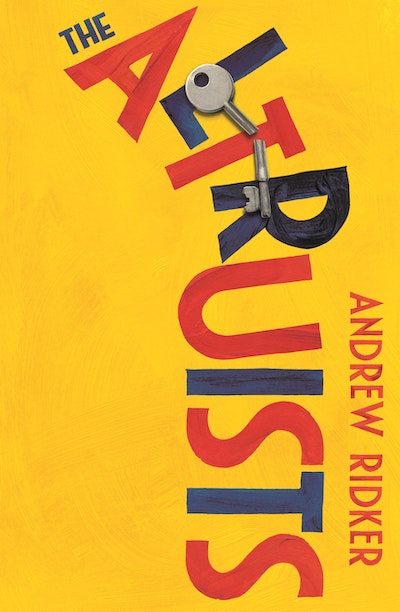 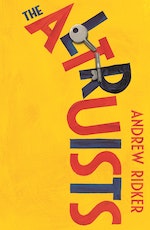 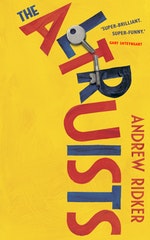 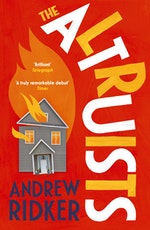 'Reading Andrew Ridker’s debut novel, you soon realise you’re in the presence of a new talent.' The Times
Arthur Alter is in trouble. A middling professor at a Midwestern college, he can't afford his mortgage, he's exasperated his new girlfriend, and his kids won't speak to him. And then there's the money – the small fortune his late wife Francine kept secret, which she bequeathed directly to his children.

Those children are Ethan, an anxious recluse living off his mother's money on a choice plot of Brooklyn real estate; and Maggie, a would-be do-gooder trying to fashion herself a noble life of self-imposed poverty. On the verge of losing the family home, Arthur invites his children back to St. Louis under the guise of a reconciliation. But in doing so, he unwittingly unleashes a Pandora's Box of age-old resentments and long-buried memories.

Andrew Ridker was born in 1991. His writing has appeared in The New York Times Magazine, The Paris Review Daily, Guernica, Boston Review, The Believer and St. Louis Magazine, and he is the editor of Privacy Policy: The Anthology of Surveillance Poetics. He is the recipient of an Iowa Arts Fellowship from the Iowa Writers' Workshop. The Altruists is his first novel.

Praise for The Altruists

“A whip-smart, wickedly funny and psychologically acute novel about the cost of doing good. The finale... hits the sweet spot between hilarity and pathos with particularly excruciating precision, but there’s something to impress on every page.”

“Reading Andrew Ridker’s debut novel, you soon realise you’re in the presence of a new talent... It’s a novel about hypocrisy; about how complex power structures make hypocrites of us all, and about why it’s important to accept that and love one another anyway… Ridker writes in crisp, sometimes side-splitting prose.”

“[A] smart novel with an impressive balance between satire and heart.”

“This is a smart, knowing, tender first novel, full of immaculate comic timing and loquacious chutzpah.”

“An incisive inquiry into the point at which self-interest ends and compassion begins.”

“With a sharp eye for the absurdities of contemporary American culture… The Altruists boasts numerous charms, ranging from worthy ethical issues treated with an effective wryness to its rare, fond celebration of steamy St. Louis. Its ending is well-earned, and so are its life lessons, adding up to an unusually promising debut.”

“A widowed father and his adult children find their way after years of getting on one another's nerves. With prickly, strangely endearing characters and sharp writing, this novel is tender and hilarious.”

“Tragedy begets comedy in Ridker's strikingly assured debut about a family undone by grief... Ridker spins delicate moral dilemmas in a novel that grows more complex and more uproarious by the page, culminating in an unforgettable climax.”

“With humor and warmth, Ridker explores the meaning of family and its inevitable baggage. The Altruists may not paint the prettiest picture, but it's a relatable, unforgettable view of regular people making mistakes and somehow finding their way back to each other.”

People Magazine's 'Book of the Week'

“The ending leaves one gasping… told with great honesty and sensitivity.”

“Ridker’s smashing debut follows the travails of the middle-class Jewish Alter family in their quest to discover how to be moral. Ridker tells his tale with humor, insight, and depth, making this a novel that will resonate with readers.”

“Beautifully written, with witty, pitch-perfect dialogue and fascinating characters, Ridker's impressive, deeply satisfying debut is an extraordinarily insightful look at a family broken apart by loss and struggling to find a way back to each other and themselves.”

“Ridker meticulously peels away the scabs that have grown over the wounds of the [Alter family]... with compassion and piercing wit... A painfully honest, but tender, examination of how love goes awry in the places it should flourish.”

“One of those super-brilliant, super-funny novels one enjoys in the manner of a squirrel with an especially delicious acorn. I found myself trying to get out of every activity and responsibility just to come back to this novel.”

“It’s frankly a little unfair that a writer so young should be this talented.”

“This book will inspire readers to sacrifice comfort and find meaning—Turn off (the comfort), Tune out (the babble of groupthink), Drop in (to duty and responsibility)—or else! Thank you to Andrew Ridker for this excellent debut novel. It is culturally significant and a sign of the times.”

“The Altruists is a superb exploration of isolation, loneliness, and infidelity – in the broadest, most interesting application of the word. Every chapter is crafted with the care of a perfect short story, and the characters within it are so fully formed I could almost feel their breathing. How tremendous (and a little annoying) that a novel this striking could come from a writer so young.”

“Andrew Ridker’s expansive, big-hearted debut novel The Altruists is a hilarious and moving portrait of family, and a page-turning investigation of the blurry lines between right, wrong, and selfish.”

“The Altruists is as rich and generous as the title suggests – a boisterous, funny, real-damn-smart novel about the agonies of family secrets and guilt. Andrew Ridker has got it all – magnetic style, oceans of intellect, and true affection for his hilariously neurotic characters. This book will have you doubled over and crying every sort of tear.”

“Ridker's debut is at once humorous and poignant.”

“Ridker handles the tussle between parent and children with humour and psychological insight… He is a sure comic talent, witty and engaged, and alive to the legion of competing and irreconcilable roles from which the individual today must self-consciously choose.”