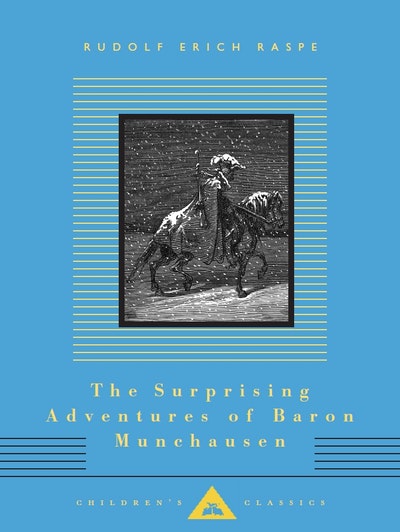 The Adventures of Baron Munchausen

The only available hardcover edition of the fantastical story of the semi-mythical folk hero Baron Munchausen, who has delighted generations of readers all over the world. With a full-cloth, quality hardcover binding, a silk ribbon marker, and gorgeous illustrations by Gustave Dore.

Baron Munchausen’s absurd adventures have entertained adults and children alike for more than two centuries. First published in England in 1785, his traveller’s tales soon became as well known as those of his near contemporaries, Gulliver and Robinson Crusoe – but are a great deal funnier! The real Baron Münchhausen was a German aristocrat whose colourful military career and sporting experiences provided ample material for the after-dinner stories for which he became notorious. One of the guests at the Baron’s table was Rudolf Erich Raspe, librarian, scientist and writer, who later, hard-up in London, turned the Baron’s astonishing life-story to good account. Raspe’s fictional Baron adopts the same tone of nonchalant exaggeration apparently characteristic of the original as he tells how he turned a wolf inside out in Russia, rode on a Turkish cannon ball, danced a hornpipe in the stomach of large fish which had swallowed him alive, mended his horse which had been severed in two by a portcullis, lent his friend General Elliot a hand at the siege of Gibraltar by nipping into the enemy camp and destroying all their cannon, and even visited the moon – twice. The more preposterous the subject, the more earnest and deadpan the narrator’s manner. Though many artists have been inspired by the Baron’s fantastic escapades, Gustave Doré’s illustrations (1862) are by far the best 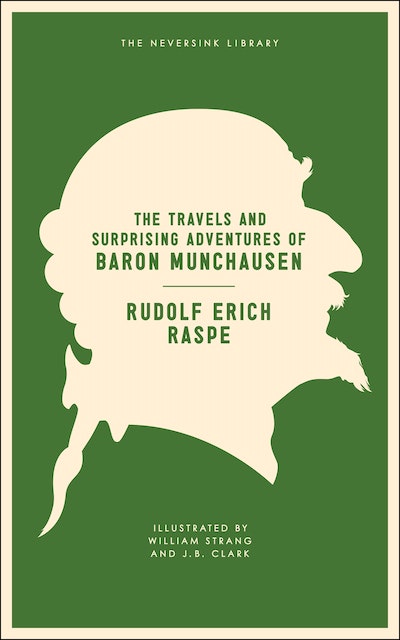