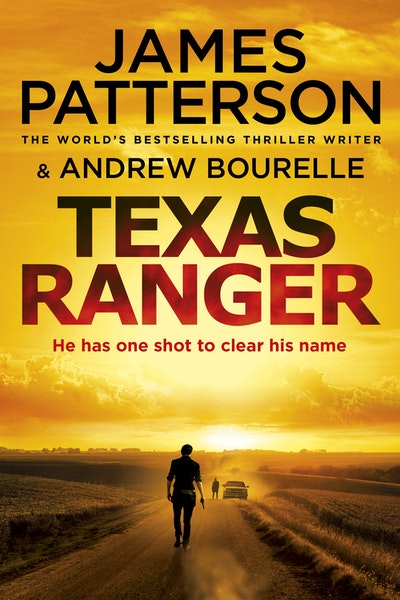 One shot to clear his name…

I push my boot against the gas pedal, and the needle on the speedometer surges past one hundred miles an hour. The Ford’s lights are flashing and sirens are howling, but I’m going so fast that I’m on top of the pickup in front of me before the driver even knows I’m there. I make a move to pass him, pulling into the oncoming lane, but there’s a semi headed toward me like a freight train. I don’t back down. I jam on the gas and yank my F-150 back into my lane, missing the semi and the pickup by inches. Horns blare and brakes screech behind me. I’m sure the two drivers are having heart attacks.

Right now, I can’t let myself care. My heart is thumping like a bass drum. But I keep my hands steady.

I grab my radio and call the local dispatcher.

“This is Rory Yates of the Texas Ranger Division,” I say. “I need backup.”

I give the dispatcher my badge number and the address where I’m headed. She says she has no patrol cars in the vicinity. The closest one is twenty minutes out.

That’s bad news because I’ll be there in two.

The whole reason I’ve been working down in McAllen, a border town on the southern tip of Texas, is that I had to rush into another situation with no backup. When it’s your word against a dead man’s, there’s always a lot of controversy and scrutiny—and media attention.

My division chief sent me to a hotbed of drug and human trafficking.

If this situation also goes south without any witnesses to corroborate my story, that won’t help my chances of returning to my old post.

But I can’t wait. There’s a woman who might be dead by the time backup arrives.

Hell, she might be dead before I even get there.

I slow at an approaching intersection and take the turn as fast as the Ford’s tires will let me. The rubber squeals against the pavement. As soon as I’m around the corner, my foot is back on the gas.

I check my cell phone again and study the message my informant sent me, the text that set me off on this high-speed race.

Four words: he knows about you.

The text message is from the girlfriend of an ex-con who’s been working with Mexican coyotes, moving illegal immigrants over the border. The boyfriend, whose name is Kevin Jones but who goes by Rip, keeps those illegals locked in a storage shed somewhere until their families fork over more money. Sometimes the families can’t come up with the money fast enough, and the illegals die of starvation, dehydration, heatstroke, or a combination of all three. Then Rip dumps the bodies in the Rio Grande.

I know all this. But I don’t know where the storage building is.

That’s where the informant comes in. Her name is Chelsea, and her daughter is in a state home. I promised her that if she helped the Texas Rangers, we’d get her visitation rights restored. And it was the truth. With her past, Chelsea will probably never get custody of her daughter again, but at least there’s a good chance she’ll get to see the girl again.

Chelsea said she could find out the secret location of Rip’s storage building, except now it seems like it’s Rip who found out Chelsea’s secret.

And though Chelsea is an ex–meth user with terrible taste in men, she’s not a bad person. She loves her daughter.

If Chelsea’s dead, the blood is on my hands.

When I’m close, I kill the lights and the siren, and I roll into Chelsea’s gravel driveway as quietly as I can. She lives in a manufactured home with chipped paint and a yard full of overgrown weeds.

Chelsea’s car is parked there, and so is Rip’s jacked-up four-by-four.

I am about to step out of the car when my phone buzzes again. I go cold, thinking it’s a message from Chelsea. Worst-case scenarios roll through my head. I imagine Rip sending something from Chelsea’s phone: a photo of her dead body lying in the mud on the bank of the Rio Grande.

But when I grab my phone, there’s no message.

I hear the buzzing again and realize the call is coming from my other phone, my personal cell with a number that only my friends and family have.

There’s an incoming call from Anne, my ex-wife.

When she calls, I usually drop whatever I’m doing to answer. True, she’s not my wife anymore, but the two of us are still close friends. This time, Anne’s going to have to wait.

I step out of the car and take a deep breath, inhaling South Texas air as humid as a greenhouse.

I unbuckle the strap on my hip holster, freeing my SIG Sauer for quick access, and approach the front door.

I hear Chelsea crying inside.

I try to see through the front window, but the house is too dark and the sunlight outside is too bright.

“Come on in, Ranger,” a voice calls from inside. “But keep those hands where I can see them, or I’m gonna blow this lying bitch’s brains out.”

I open the door and step inside. The room is dark, but I can make out the TV—a muted Dr. Phil talking to a guest—and then a chair, a couch, and the two people sitting in them.

Chelsea is frozen on the couch, plastered up against the armrest, as far away from Rip as she can get while staying seated. Rip is in a recliner, holding a long-barreled shotgun with one muscular arm. The barrel is aimed at Chelsea, dead center of her chest, and at the range of only a few feet, it wouldn’t matter if it was loaded with bird shot or double-ought buck: the shot would open her up like a sardine can.

There’s blood on Chelsea’s lip, and one of her eyes is swelling and beginning to turn blue. She can’t seem to stop crying, and she looks at me with pleading, apologetic eyes.

“Don’t do anything stupid,” I say to Rip, holding my hands away from my body.

“Chelsea’s the one that’s gone and done something stupid,” Rip says. “She caused this shitstorm of a mess, telling you a bunch of lies about me.”

Rip’s file said he was six four, but he looks even bigger than that because he’s so broad and burly, built like an NFL tight end. He’s wearing a wifebeater that has long since faded from white to the color of urine, and his exposed arms are muscular and veiny, painted here and there with amateur jailhouse tattoos. The shotgun he’s holding—a single-shot 12-gauge with an extra-long barrel—would probably be hard for a normal person to keep steady with two hands, yet he’s doing just fine with only one.

My strategy is simple: keep Rip from doing anything crazy until backup arrives.

There’s a pile of paperback books next to Rip’s chair, each one torn in half as if it were an envelope full of junk mail.

“Is that where you get your nickname?” I ask, nodding at the stack of torn-in-half books.

Rip tries to hold back a grin. “It’s what I do when I get antsy,” he says. “I’ll rip anything I get my hands on: books, magazines, aluminum siding. I ain’t never ripped the arms off a Texas Ranger before, but I bet I could.”

I try to imagine how strong someone must be to tear a four-hundred-page book as if it were only a few sheets of paper. I feel a wrench of pity for Chelsea—she’s lucky to be conscious.

I gesture toward Chelsea and her battered face. “Is that what you do when you run out of things to rip? Punch women?”

As earnestly as I can, I say, “How do you think this is going to play out, Rip? My backup will be here any minute. And you’ve only got one shot in that gun of yours. If you pull the trigger, you’ll be dead one second later.”

Rip grins, showing a gold cap on one of his teeth.

“If I pull this trigger,” he says, “then you won’t do anything. You’ll be shooting an unarmed man. I know who you are. I heard about what happened in Waco. You don’t want to get in any more trouble.”

“I could always tell the police that I tried to shoot you before you pulled the trigger,” I say, trying to match Rip’s defiant grin with my own. “In Waco, there were no witnesses, but we’ve got one here. Your best bet here is keeping Chelsea alive.”

In the distance, I can just make out the sound of a siren. It is a long way off. Sound carries far on the flat plains of Texas.

“This is what’s going to happen,” Rip says. “When the cops get here, you’re going to tell them this was all a big misunderstanding.”

Rip gestures with the gun to Chelsea.

“Chelsea’s gonna tell the cops she made up every damn thing she said. She would do anything to get her daughter back, so what she done was lie to y’all. Ain’t that right, Chelsea?”

Chelsea bows her head, saying nothing. Her listless hair hangs over her eyes.

“How about I make an alternate proposal?” I say. “You put the gun down. I cuff you and take you in. Then you tell me every damn thing you know about these coyotes you’re working for. I’ll get the DA to recommend leniency because you’ve been so cooperative. Don’t that sound reasonable?”

Rip looks contemplative. He doesn’t seem like he’s seriously considering my offer, more like he’s thinking about his next move. I don’t think I’m going to be able to stall him until the backup gets here. The sirens hardly sound any closer.

“There’s six illegals in a storage building only I know about,” Rip says. “You take me in—or shoot me—and they die. They ain’t got no food. No water. There’s a tin roof on that building, and sitting in there is like sitting in an oven. You think I’m just bargaining with Chelsea’s life? I ain’t. It’s those other six lives that are depending on what happens here.”

I stare at him, saying nothing, thinking. The sirens sound like they’re five minutes away. Not close enough.

I need a new tactic.

“Looks like we got ourselves a stalemate,” Rip says, grinning with genuine pleasure.

“Because I’m calling the shots here,” I say. “And I’m giving you until the count of three to drop that gun.” 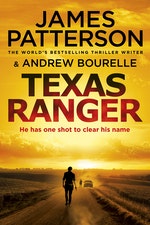 Texas Ranger Rory Yates fights for his life, and his freedom, as he investigates his ex-wife's murder in this stunning stand-alone from the world's bestselling thriller writer.