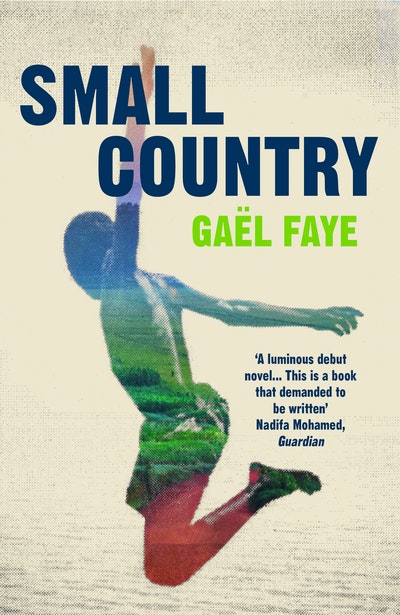 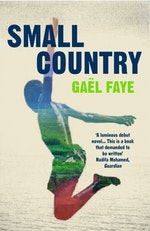 An international sensation (sold in thirty territories to date), this debut from a French-Rwandan ex-investment banker turned hip hop artist is a beautiful but harrowing coming-of-age tale

An international sensation, Small Country is a beautiful but harrowing tale of coming-of-age in the face of civil war.
'A luminous debut novel…Faye dramatises the terrible nostalgia of having lost not only a childhood but also a whole world to war' Guardian

Burundi, 1992. For ten-year-old Gabriel, life in his comfortable expat neighbourhood of Bujumbura with his French father, Rwandan mother and little sister, Ana, is something close to paradise. These are happy, carefree days spent with his friends sneaking cigarettes and stealing mangoes, swimming in the lake and riding bikes in the streets they have turned into their kingdom. But dark clouds are gathering over this small country, and soon their peaceful idyll will shatter when Burundi and neighbouring Rwanda are brutally hit by war.

French-Rwandan Gaël Faye is an author, composer and hip hop artist. He was born in 1982 in Burundi, and has a Rwandan mother and French father. In 1995, after the outbreak of the civil war and the Rwandan genocide, the family moved to France. Gaël studied finance and worked in London for two years for an investment fund, then he left London to embark on a career of writing and music.

He is as influenced by Creole literature as he is by hip hop culture, and released an album in 2010 with the group Milk Coffee & Sugar. In 2013, his first solo album, Pili Pili sur un Croissant au Beurre, appeared. It was recorded between Bujumbura and Paris, and is filled with a plethora of musical influences: rap laced with soul and jazz, semba, Congolese rumba... In 2018 he received the prestigious Victoires de la Musique Award.

Small Country is his first novel. It was a huge bestseller in France, winning the Prix Goncourt des Lycéens 2016, and is being published in thirty territories worldwide. 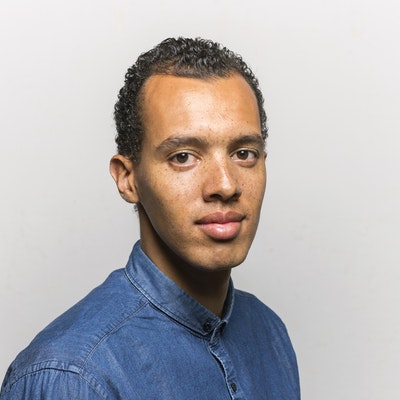 “an excellent novel, a model of restraint and quiet literary sophistication”

“[A] luminous debut novel… This is a book that demanded to be written... With a light touch, Faye dramatises the terrible nostalgia of having lost not only a childhood but also a whole world to war”

“An evocative portrait of what it means to lose one’s freedom and innocence. Gaël Faye’s literary powers lie in his unbridled honesty and his effortless prose. He is a writer of great promise and grace”

Chigozie Obioma, author of The Fishermen

“Unforgettable… Gaël Faye’s talent is breathtaking; no country that can give the world a writer like him should ever be called small”

“as beautiful as it is painful... It's easy to see why it set the French literary scene alight. This is one you won't be abandoning in the hotel library when you leave.”

“a masterpiece in bringing home the first-hand realities of war... It's heart-wrenching and beautiful and distressingly authentic. Everyone should read it.”

“This beautiful coming-of-age novel conveys a heart-rending desire for peace and harmony. It sets forth a vision of the world that is poetic rather than political, where horror is displaced by wonder.”

“A magnificent book… a master-stroke of a first novel”

“Precise and potent...deeply affecting... The juxtaposition of everyday growing pains and the fallout from atrocities is heightened by Faye's lovely prose, which builds a heartrending portrait of the end of childhood”

“Gaël Faye’s words are a mix of such precision, gentleness and gravitas that finishing this first novel feels like coming out of a heartrending embrace.”

“A literary revelation, subtle and powerful”

“Gael Faye is a revelation. Small Country is a luminous and poignant novel about childhood, war, exile and identity… this is literature at its most powerful”

“Writing that is beautiful, sad and funny. A poetic ‘cry to the world’ about the existence of Gabriel, his family, his friends and everyone else. Before they became “a bunch of exiles, refugees, immigrants and migrants"”

“a melancholic tale of a paradise lost”

“In the summer months, there are two categories of books: those we take on holiday and leave behind in the sand, and those that make their mark on us for life. Small Country by Gaël Faye is firmly part of the latter category.”

“Small Country is a big novel”

“Gaël Faye makes us smile, despite the seriousness of his words”

“What is autobiographical, and what imagined? In the end it doesn’t matter, when he Gaël Faye gives life to the lost land of his childhood, with poetry and modesty”

“Small Country is a stirring and graceful tale of stolen innocence and fragmented identity. Hopeful, raw and deeply human, it is a modern classic in the making.”