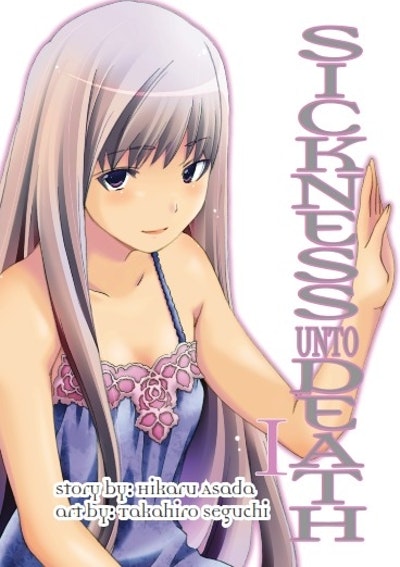 The sickness unto death is what Kierkegaard calls despair and in this comic despair is manifested in form of a young woman named Emiru. Emiru is a beautiful young woman from a rich family and plenty to aspire to. Unfortunately she is consumed with grief. She does not align herself with God or God's plan for her and needs guidance. So when she meets a young psychology student named Futaba she gives herself to him. In this way she loses herself to him. Kierkegaard defines humanity as the tension between the "finite and infinite", and the "possible and the necessary", and in this case Emiru as we come to know her will eventually end under Futaba's guidance. But who will take her place? And how will she and Futaba go through the balancing act between these opposing personalities as their relationship builds.