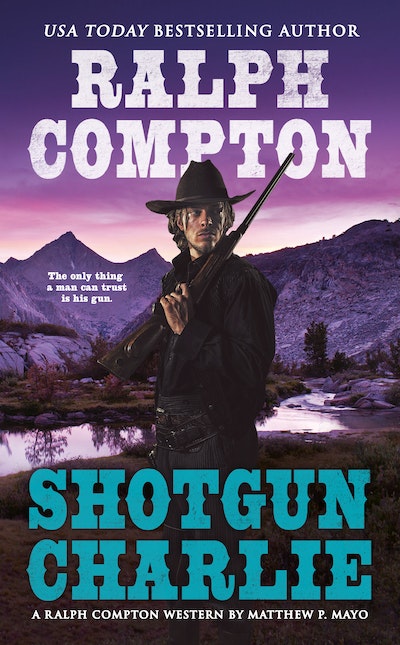 The only thing a man can trust is his gun in this Ralph Compton western...Big for his age, young and impressionable drifter Charlie Chilton is taken in by the gruff leader of a gang of small-time crooks. While Grady Haskell sees something of himself in kindly, wayward Charlie, the ruffian pushes all feelings aside for a potentially big score.When Haskell’s bold daylight bank job in prosperous Bakersfield turns bloody, Charlie attempts to thwart the heist—and ends up the only gang member caught alive. Sentenced to swing, Charlie makes a daring escape, determined to track down Haskell and prove his innocence.But with a mysterious marshal and a party of angry townsmen hot on his heels, Charlie must track the killer thieves through a vicious winter storm in the High Sierras—before the seething posse gets the chance to hang him high.

Praise for the novels of Ralph Compton “Compton offers readers a chance to hit the trail and not even end up saddle sore.”—Publishers Weekly “Compton writes in the style of popular Western novelists like Louis L’Amour and Zane Grey…thrilling stories of Western legend.”—The Huntsville Times (AL) “If you like Louis L’Amour, you’ll love Ralph Compton.”—Quanah Tribune-Chief (TX)