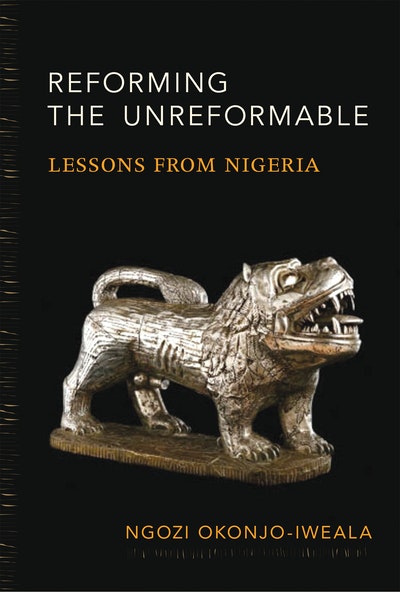 A report on development economics in action, by a crucial player in Nigeria's recent reforms.Corrupt, mismanaged, and seemingly hopeless: that's how the international community viewed Nigeria in the early 2000s. Then Nigeria implemented a sweeping set of economic and political changes and began to reform the unreformable. This book tells the story of how a dedicated and politically committed team of reformers set out to fix a series of broken institutions, and in the process repositioned Nigeria's economy in ways that helped create a more diversified springboard for steadier long-term growth. The author, Harvard- and MIT-trained economist Ngozi Okonjo-Iweala, currently Nigeria's Coordinating Minister for the Economy and Minister of Finance and formerly Managing Director of the World Bank, played a crucial part in her country's economic reforms. In Nigeria's Debt Management Office, and later as Minister of Finance, she spearheaded negotiations with the Paris Club that led to the wiping out of $30 billion of Nigeria's external debt, 60 percent of which was outright cancellation. Reforming the Unreformable offers an insider's view of those debt negotiations; it also details the fight against corruption and the struggle to implement a series of macroeconomic and structural reforms. This story of development economics in action, written from the front lines of economic reform in Africa, offers a unique perspective on the complex and uncertain global economic environment.

Dr Ngozi Okonjo-Iweala is an economist and international development expert with over 30 years of experience. She is Chair of the Board of Gavi, the Vaccine Alliance and of the African Risk Capacity (ARC). She is Co-Chair of The Global Commission on the Economy and Climate. She also sits on the Boards of Standard Chartered PLC and Twitter Inc. She was recently appointed as AU Special Envoy to mobilise International support for the fight against COVID-19 and WHO Special Envoy for Access to COVID-19 Tools Accelerator.Previously, Dr Okonjo-Iweala was a Senior Advisor at Lazard from September 2015 – October 2019. She served twice as Nigeria’s Finance Minister, from 2003-2006, 2011-2015, and briefly as Foreign Minister, the first woman to hold both positions. She spent a 25-year career at the World Bank as a development economist, rising to the No.2 position of Managing Director, overseeing an $81 billion operational portfolio in Africa, South Asia, Europe and Central Asia.Dr Okonjo-Iweala was named Minister of the Decade, People’s Choice Award (2020) by Nigeria’s This Day newspaper. In 2019, she was named one of Transparency International’s 8 Female Anti-Corruption Fighters Who Inspire. She has been ranked by Fortune as one of the 50 Greatest World Leaders in 2015, by Forbes as one of the Top 100 Most Powerful Women in the World consecutively for four years, by Time as one of the Top 100 Most Influential People in the World in 2014, and by the UK Guardian as one of the Top 100 Women in the World in 2011. Dr Okonjo-Iweala holds a Bachelor’s in Economics from Harvard University and a PhD in Regional Economics and Development from the Massachusetts Institute of Technology. She is an Angelopoulos Global Public Leader at Harvard University Kennedy School, a Fellow of the American Academy of Arts and Sciences and has received over fifteen honorary degrees, including from Yale University, the University of Pennsylvania, Brown University, Tel Aviv University and Trinity College, Dublin. She is the author of numerous articles on finance and development, and several books including Fighting Corruption is Dangerous: The Story Behind the Headlines (MIT Press, 2018) and Reforming the Unreformable: Lessons from Nigeria (MIT Press, 2012). 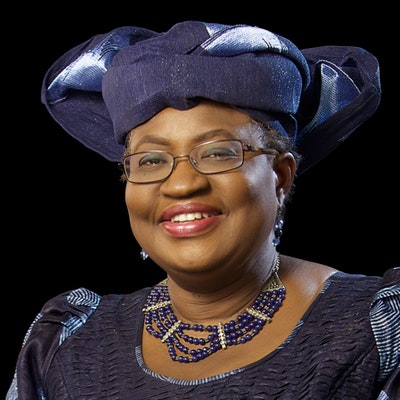 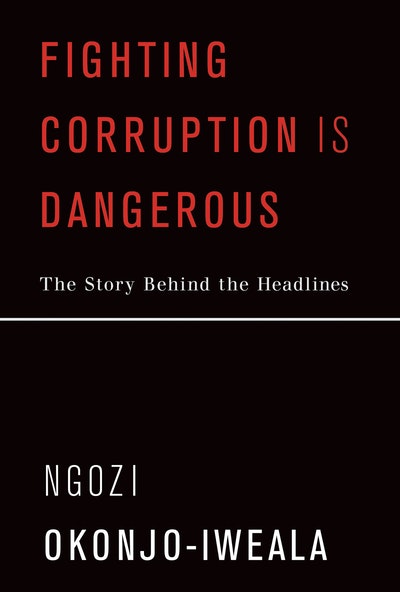