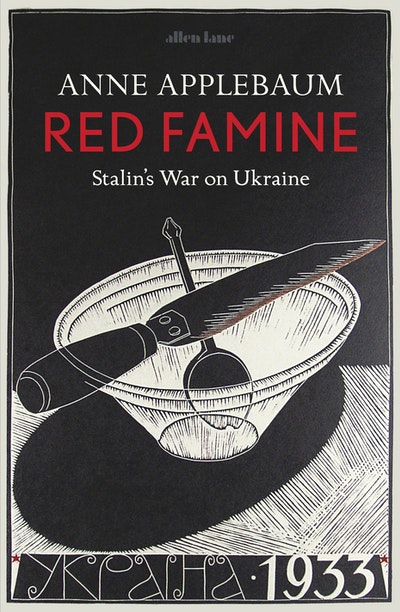 One of the major history books of the autumn, by one of the world's most celebrated historians.

Anne Applebaum's books have explained the history of Russia and Eastern Europe as compellingly as any other historian. Based on a mass of previous untranslated documents and hundreds of testimonies, Anne Applebaum's Red Famine tells the story of the Bolshevik war on Ukraine, from the brief moment of Ukrainian independence in 1917 to Stalin's deliberately engineered famine in 1932-33. That genocide killed nearly five million people, destroyed the national aspirations of Ukraine for two generations and has real echoes in the politics of the present. Applebaum tells it with all the scholarship and human sympathy which have made her earlier books so celebrated.