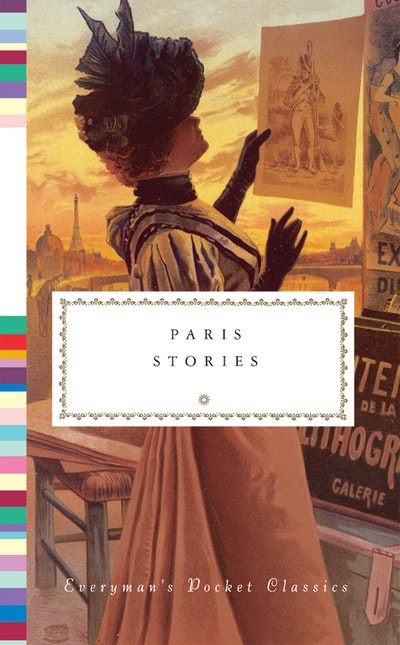 The alluring power of Paris has never dimmed and it is richly captured in all its facets in these compelling and seductive tales. Beautiful hardback gift edition from Everyman

In the eighteenth century, Laurence Sterne explores the temptations of the French capital in a teasing study of foreign mores and Restif de la Bretonne provides an eye-witness account of the Revolution. From the 1800s, Hugo, Balzac, Flaubert, and Zola offer fascinating portraits of the city's teeming humanity; the Goncourt brothers chronicle the explosion of artistic talent; Huysmans describes an evening at the Folies Bergère. Colette chronicles the pitfalls for a young girl in the decadent city of the early twentieth century; F. Scott Fitzgerald revels in the city's glamour; Jean Rhys's lost heroines wander from café to café; James Baldwin celebrates its sexual freedoms; and Raymond Queneau gleefully reinvents the language of the street. In our time, Michel Tournier's North African immigrant walks a camel along the boulevards, while Nobel Laureate Patrick Modiano brilliantly maps the city's many arrondissements. The alluring power of Paris has never dimmed and it is richly captured in all its facets in these compelling and seductive tales.