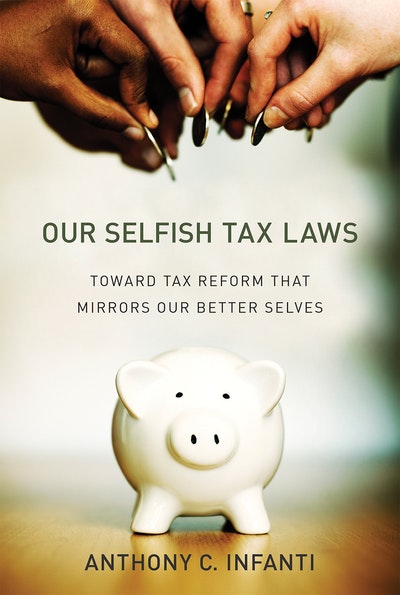 Toward Tax Reform That Mirrors Our Better Selves

Why tax law is not just a pocketbook issue but a reflection of what and whom we, as a society, value.Most of us think of tax as a pocketbook issue: how much we owe, how much we'll get back, how much we can deduct. In Our Selfish Tax Laws, Anthony Infanti takes a broader view, considering not just how taxes affect us individually but how the tax system reflects our culture and society. He finds that American tax laws validate and benefit those who already possess power and privilege while starkly reflecting the lines of difference and discrimination in American society based on race, ethnicity, socioeconomic class, gender, sexual orientation and gender identity, immigration status, and disability. Infanti argues that instead of focusing our tax reform discussions on which loopholes to close or which deductions to allow, we should consider how to make our tax system reflect American ideals of inclusivity rather than institutionalizing exclusion.After describing the theoretical and intellectual underpinnings of his argument, Infanti offers two comparative case studies, examining the treatment of housing tax expenditures and the unit of taxation in the United States, Canada, France, and Spain to show how tax law reflects its social and cultural context. Then, drawing on his own work and that of other critical tax scholars, Infanti explains how the discourse surrounding tax reform masks the many ways that the American tax system rewards and reifies privilege. To counter this, Infanti urges us to work together to create a society with a tax system that respects and values all Americans.