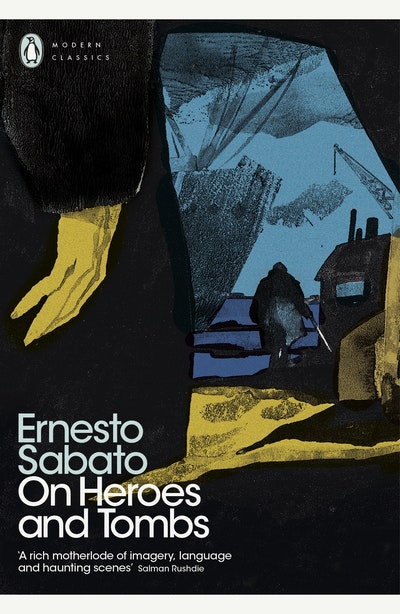 On Heroes And Tombs 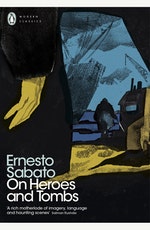 'I can feel the passage of time, as though it were coursing through my veins, along with my blood'

One June day in 1955 Alejandra, last of a noble yet decaying Argentinian dynasty, shoots her father, locks herself up with his body, and sets fire to them both. What caused this act of insanity? Does the answer lie with Martín, her troubled lover, Bruno, the writer who worshipped her mother, or with her father Fernando himself, demonic creator of the strange 'Report on the Blind'? Their lives entwine in Ernesto Sabato's dark epic of passion, philosophy and paranoia in Buenos Aires.

Ernesto Sabato was born in Argentina in 1911. He earned a PhD in physics before relocating to Paris. After World War II, he lost faith in science and began writing fiction, although he would burn much of his work. His three published novels are The Tunnel (1948), his masterpiece On Heroes and Tombs (1961) and The Angel of Darkness (1974). He also led the commission investigating those who disappeared during Argentina's Dirty War of the 1970s. Sabato died in 2011, two months before his 100th birthday.

Praise for On Heroes And Tombs

“A novelist of immense power . . . uncompromising and original”