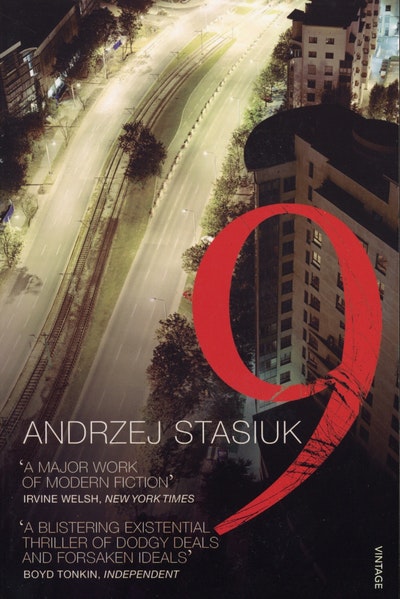 'A major work of modern fiction... He’s an accomplished stylist with an eye for the telling detail that brings characters and situations to life... Like the Dublin of Joyce’s Ulysses, the city itself becomes a central personality of the book… I caught a flavor of Hamsun, Sartre, Genet and Kafka in Stasiuk’s scalpel-like but evocative writing' Irvine Welsh, New York Times Book Review

Nine is a brilliant novel from one of Europe's finest writers. It tells of a post-communist generation of young Poles among whom the strictures of the old collide daily with the freedom of the new, adrift in moral space and disconnected from family, neighbours, and friends. It is the story of Pawel, a young businessman, in debt to loan sharks, seeking help from former friends, many of whom are now prominent in the city's drug-dealing underground. And of Warsaw, a hostile landscape of apartment blocks, factories, and suburban wastelands, 'a city that at nine-thirty goes to ground, coming to a halt, and giving time to those who have nothing to do.' In prose that is at once colloquial and lyrical, Stasiuk portrays a people in transition and a nation in the re-making. In the process, he has created an existential crime novel as well as a major work of art.

Born in Warsaw in 1960, Andrzej Stasiuk has risen to become one of the most important and interesting writers at work in Eastern Europe today. Author of over a dozen books and winner of many prizes, he came to writing in an unusual way: in the early 1980s, he deserted the army and spent a year and a half in prison as a result. The resulting collection of short stories, The Walls of Hebron, was a huge success. He and his wife, Monika Sznajderman, also run a small publishing house in Poland, Czarne. 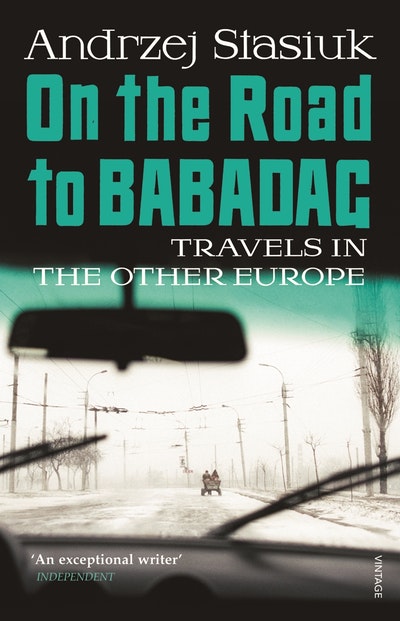 Paints a vivid and disturbing picture of contemporary life in Poland...offers a sobering vision of the new face of central Europe in a narrative that is at once hallucinatory, haunting and abject

A brilliantly written, if dark and sombre, tale of life in Warsaw in the nineties...a must read

Harnessing the shape-shifting, paranoid ambience of Kafka, not as a means to pass comment on totalitarianism but on the void (political and social) created in its wake ... impressive for the quality of its prose (Stasiuk is fantastic at listless, urban desolation)...a rewarding despatch from a country undergoing enormous change