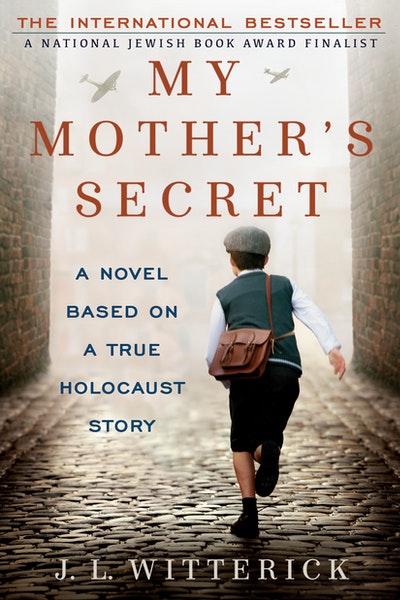 My Mother's Secret: A Novel Based on a True Holocaust Story

Told simply and succinctly from four different perspectives—all under one roof—My Mother's Secret is a testament to the kindness, courage, and generosity of ordinary people who chose to be extraordinary.

Inspired by a true story, My Mother's Secret is a captivating and ultimately uplifting tale intertwining the lives of two Jewish families in hiding from the Nazis, a fleeing German soldier, and the mother and daughter who team up to save them all.Franciszka and her daughter, Helena, are simple, ordinary people . . . until 1939, when the Nazis invade their homeland. Providing shelter to Jews in Nazi-occupied Poland is a death sentence, but Franciszka and Helena do exactly that. In their tiny home in Sokal, they hide a Jewish family in a loft above their pigsty, a Jewish doctor with his wife and son in a makeshift cellar under the kitchen, and a defecting German soldier in the attic—each party completely unknown to the others. For everyone to survive, Franciszka will have to outsmart her neighbors and the German commander.Told simply and succinctly from four different perspectives—all under one roof—My Mother's Secret is a testament to the kindness, courage, and generosity of ordinary people who chose to be extraordinary. 'A reflection of our own era, a reminder of how far wrong we can be led . . .an important book.'  Joseph Kertes, author of Gratitude, winner of the Canadian Jewish Book Award 'The woman at the heart of this novel will haunt you after you read about her fearless compassion, her defiance of the odds of survival.'  Anna Porter, award-winning author of Kasztner's Train